Wynonna Earp season 2 episode 11 review: Gone As A Girl Can Get 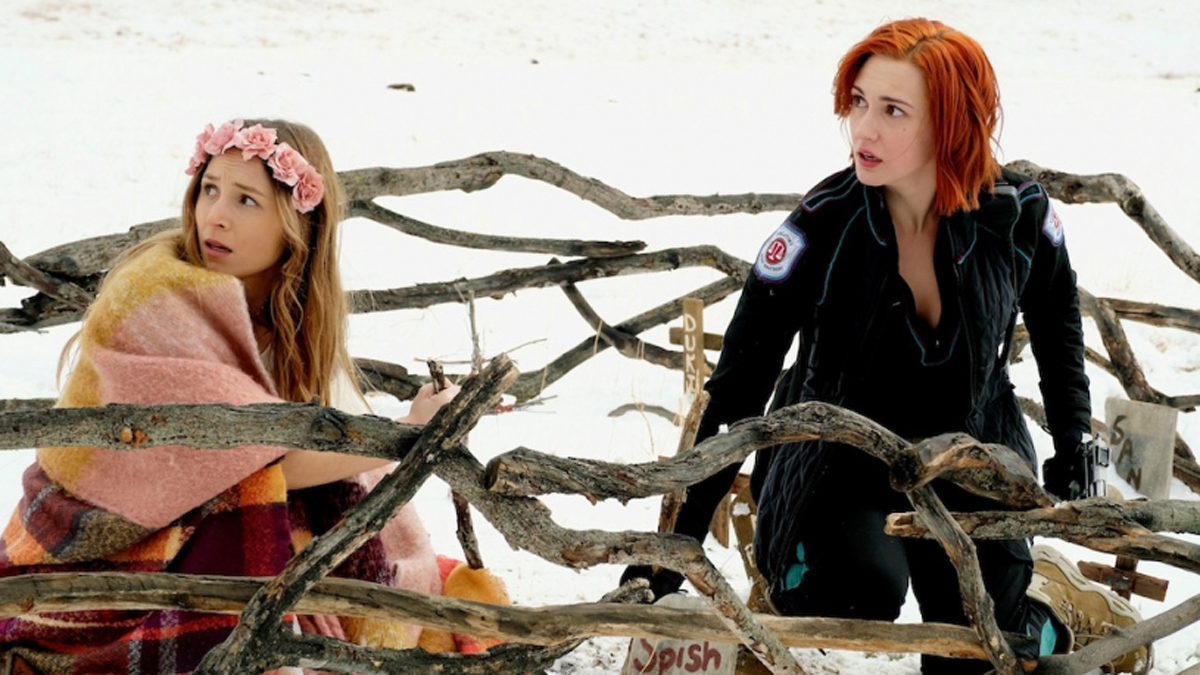 A Wynonna-less world is no fun at all, we learn in the latest season 2 episode. Spoilers…

This alternate reality episode is meant to stall us from the eventual face-off between Wynonna and the Widows, but it also gives us some insight into the widows, and how miserable the world would be without Wynonna.

We learn some valuable things about the residents of Purgatory in this alternate reality created by the stone witch’s sister. No one likes Doc, and with good reason. Without Wynonna he killed Nedley, imprisoned Rosita, took over the homestead, and ran Bobo’s gang. Everyone else’s changes are a bit less drastic, although Waverly is still living closeted and Dolls doesn’t have the benefit of Doc’s friendship, which clearly loosened him up a bit. One of the most touching moments of this episode was how truly upset Doc looked when he realised that Dolls wasn’t wearing his body armour. The bromance between these two is always a treat, and hearing Doc call Dolls partner after all their stress this season is a good sign.

Alternate reality episodes are made or broken by the characterisation. Agents Of SHIELD had one of the very best with the multi-episode arc this past season, because it was so specific. Doc feels somewhat accurate, though extreme: before the Earp sisters, he was ready to wallow in his own self-pity and anger over the fact that he betrayed his best friend. I’m not sure that I buy that Waverly would still be in a straight relationship, although luckily that rectifies itself almost immediately after she meets Nicole, so I can accept it. I wish we had more time to spend with this alternate Dolls, who seemed like his dour self from the pilot, but with shadier morals. Unfortunately that was about all we had time for.

Amidst all this despair, Jeremy brought most of the comic relief since we didn’t have the benefit of Wynonna’s snarky charm. The Way/Haught storyline was another high point. It was fun watching them rediscover their love at a rapid pace, all while trying to figure out what was going on and then save everyone. Bringing back Perry as Waverly’s fiance was a nice touch, although I was curious who Nicole was supposed to have been married to.

This show hasn’t known quite what to do with Rosita. On another show she would have been Wynonna’s romantic rival, but Wynonna, and showrunner Emily Andras, doesn’t play like that. Instead, Rosita has been off to the side, underused but endlessly fascinating as a chemist who is cool under any circumstance. I wish the revenant reveal had come a little earlier, at least to the audience, so we could have enjoyed some of that dramatic tension, which would have given Rosita more of a central role. But during the last few episodes, she has really shined. I hope she sticks around for next season.

Due to some quirk of his resurrection, Bobo’s memory is intact, so of course everyone thinks he’s crazy. The reintroduction of Bobo del Rey has been so keenly executed. His surprising backstory as a mortal, which we learned during season one, further complicated his image as the big bad, in addition to his history with Waverly. Add in his epic suiting up, and he has won me over as a delightful villain-lite.

Waverly, on the other hand, is less certain. I’m looking forward to watching Bobo and Waverly, with all of her memories, interact more. In fact, he may be the only one she can really discuss her parentage with, something that has been a stumbling block all season.

In the end, the seal is broken, and Bobo heads off with his best offer at the time: the Widows. Will word ever get out that he helped bring the Earp heir back when she disappeared? How will the surviving members of his gang react to his reappearance?

Is Bobo the only revenant who resurrected? We haven’t seen any evidence of this, but if he’s the only one, then why? What makes him special? I’m sure Doc and Dolls are still alive, but at what cost? Finally, how terrified should we be of that growl when Wynonna felt the baby move, or that mummified potential Clootie face.

Read Delia’s review of the previous episode, I see A Darkness, here.