Why you should be watching Lady Dynamite 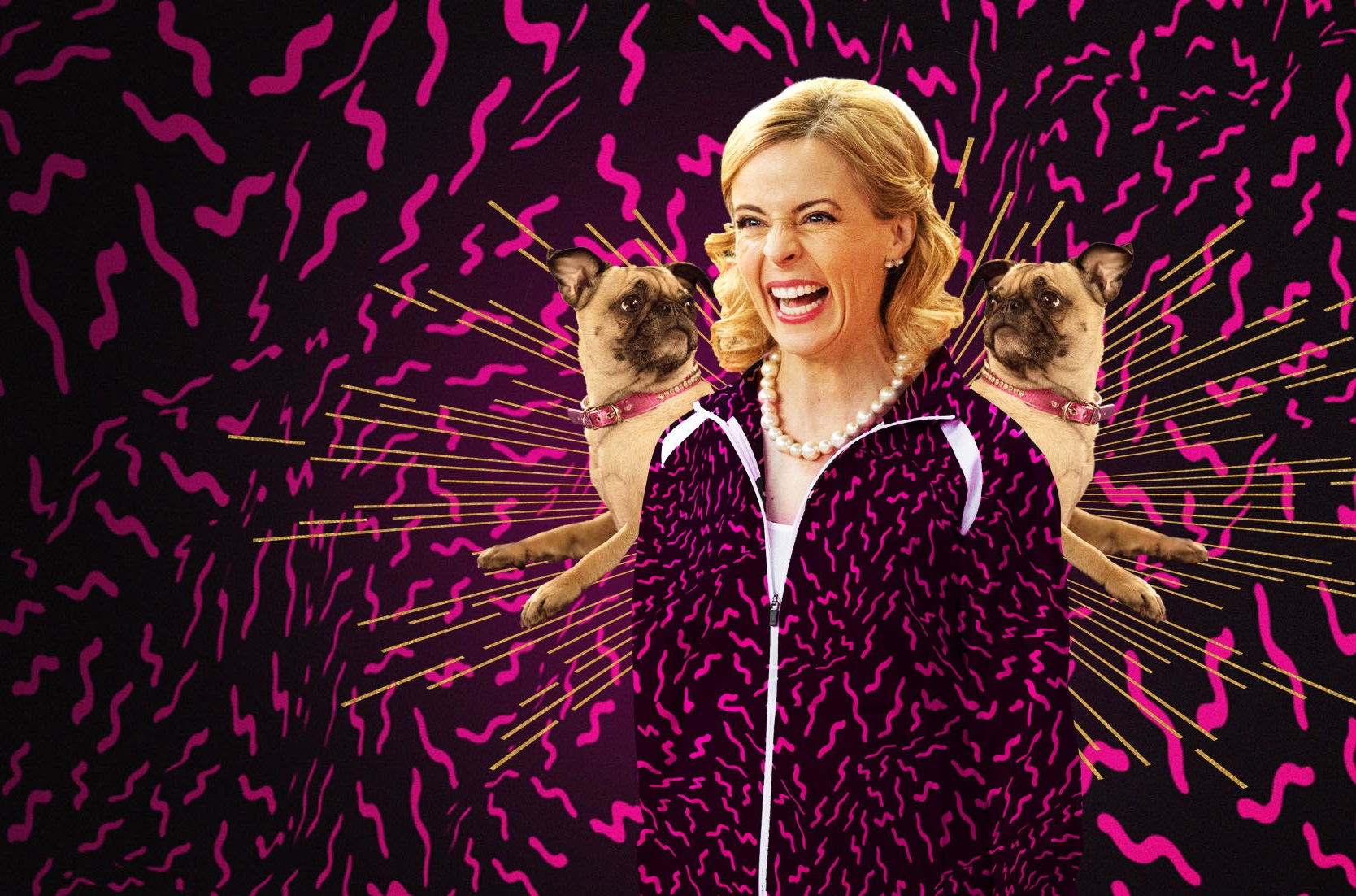 With season 2 coming to Netflix this week, there’s no better time to celebrate this inspired show from comedian Maria Bamford…

Contains the set up from Season 1, Episode 1 and minor narrative references – no major plot spoilers.

Described as “America’s go-to mental health comedian” by John Moe on his The Hilarious World Of Depression podcast, Maria Bamford is known for incorporating her struggles with depression, anxiety, an eating disorder and bipolar II into her stand-up routines. In Lady Dynamite, she stars as a semi-fictional version of herself as the show chops and changes between three time periods in her life: her time in LA before she had a mental breakdown, her time spent in her home town of Duluth getting help in a psychiatric ward, and the present day. It’s in the present day that we first meet Maria, who, having been recovering for six months, is back in Tinsel Town to take her first tentative steps back into showbusiness.

At the start of the first season, Maria prances about the screen in what she believes to be a hair advert. She is then informed by a producer that she should, in fact, be filming her new show. “I have a show?” she asks excitedly as she is ushered to a van with ‘Lady Dynamite’ plastered on the side. She turns to the camera. “I’m a 45 year old woman who’s clearly sun damaged. My skin is getting softer yet my bones are jutting out, so I’m half soft, half sharp. And I have a show! What a great late-in-life opportunity”.

She beams into the camera and we get a bright, explosive title card as she leaps into the air. So we’re watching Maria Bamford, playing almost herself, but already she’s played a character in a TV ad – more on that subject later – AND there’s also been a cheeky shattering of the fourth wall. It’s delicious, and it only gets better. Lady Dynamite is a show that will go down particularly well with people who know their comedy. While it has enough heart and fun to carry any viewer through, whether you’ve seen stand-up specials or not, if you do know your stuff there are so many extra references to enjoy and some brilliant comedy cameos. As the show finds its feet in the first episode, the fourth wall is broken again by comedian guest star Patton Oswalt who overhears semi-fictional Maria talking to her friends about a stand-up gig she is going to do in their local community. He calls for the cameras to stop. “You’re going to put stand-up in your show?… It’s bad, it’s been done so many times before”, he says despairingly. When the cameras start rolling again and Maria takes to the stage, Patton notices that she’s designed her set to look just like comedian Louis C. K.’s stand-up routines. “Look at that brick wall, Louis is going to s**t!”

As a great deal of the show is based on events in Maria Bamford’s life, it’s not long before we are introduced to the prissy blonde with a manic smile on her face whizzing up and down the aisles of the fictional supermarket Checklist. Maria did, in fact, star in real-life adverts for the American supermarket chain Target doing much the same, only here we are given an insight into the hypomania that Maria had been experiencing at the time. It’s all done with bright colours, huge energy and glaring white studio lights, but still you won’t see anything darker in the whole show. By way of an unsubtle dig at Target, the show has Maria inadvertently doing the bidding of the dictatorial megastore Checklist when she works at an outreach programme in Mexico and forces the staff to believe that speaking Spanish is bad and their line manager knows best. It’s genius. Lady Dynamite has a uniquely surreal sense of humour that incorporates smart observational comedy and pop culture references with completely absurd visuals. Why are Maria and her warm and fuzzy manager Bruce Ben-Bacharach (Fred Melamed) occasionally swapped out and replaced with sheep? Why does Maria’s pug dog Bert talk? Who knows, but the visual gags are sharply edited and add an air of giddy frenzy to the scenes in which Maria is reflecting on her past manic episodes.

Where fiction is used in the show, it’s employed to create some truly heinous but utterly hilarious caricatures. Enter Karen Grisham (Ana Gasteyer), Maria’s agent in the segments from Maria’s past who is the garish embodiment of every agent you’ve ever seen on screen; loud, brash, fast-talking and no-nonsense. Her personal advice to Maria comes in the form of an annoyingly catchy song whose only words are “cradle the balls and work the shaft” while her estate agent (June Diane Raphael) and life coach (Jenny Slate), who also both go by the name of Karen Grisham, are equally forceful and blunt when it comes to helping a woman in need of guidance.

The show shuttles along in a blur of colour with the comedian finding herself in some wonderfully bizarre situations which include accidentally clothing an African child militia, becoming the face of a herpes treatment campaign ‘for the sexually active bicyclist’ and pretending to be a woman named Diane after a young man takes a shine to her fake low-pitched, posh drawl. The fact that Maria’s two best friends Larissa (Lennon Parham) and Dagmar (Bridget Everett) hate each other’s guts is just glorious and has so much comic mileage, while Maria deserves recognition for coining the best term from a recent TV show; the ‘Sassafrass Lady’. The message of the show is never far from sight though: that it’s never too late. It’s never too late to kick-start your career. It’s never too late to reconnect with old friends. It’s never too late to say goodbye to people who aren’t good for you. While Maria’s difficulties centre around her time spent away from LA in a mental hospital, her gradual discovery is applicable to everyone: there are some people you will want to keep close and it’s okay to leave other people behind. A self-professed ‘yes’ girl, Maria struggles with the idea of turning any opportunities down or leaving anyone behind and the show ably handles how these issues are only magnified by clinical depression and generalised anxiety disorder.

“I would like to do less, not more… I’m going to be less ambitious, or maybe not ambitious anymore”, Maria tells her manager Bruce on her return from Duluth. Maria looks back at the mile-a-minute life she used to lead and the slow, difficult road to recovery in the psychiatric ward and is now learning how best to live her life. Lady Dynamite is about recovery, kindness and compromise. It’s a show that says, “it’s okay if it takes you 45 years to learn that you need to take time out for yourself”. It’s a show that says, “there’s no fix and you’ll experience peaks and troughs”. It’s a show that says, “you’re not alone and never will be”. It’s also a show that says, “let’s laugh about our problems and look at some cute pugs”.