What does Iron Fist tell us about Marvel’s Defenders? 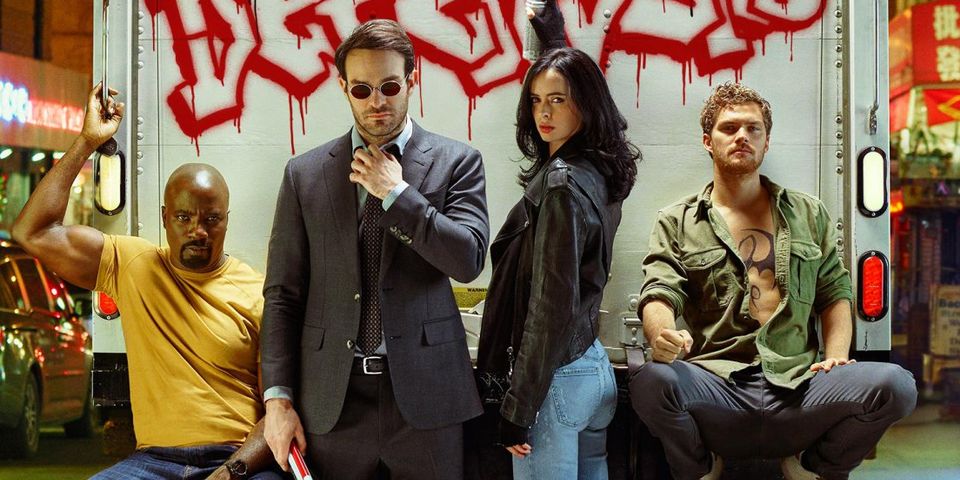 Need a recap on what you need to know going into The Defenders? Here's all the important info from Iron Fist…

Excitement may be gearing up for The Defenders next month, but not everyone has seen every one of the Netflix shows. Indeed, if you skipped Iron Fist, you weren’t alone. There’s no hiding from the show’s status as a critical flop, even if it did well commercially for them. For whatever reason, it seems that Iron Fist just didn’t meet the level of quality found in Daredevil, Jessica Jones and Luke Cage.

But whether or not that’s a fair assessment, that hasn’t dampened enthusiasm for The Defenders. If you’re one of the people who skipped Iron Fist (or didn’t make it to the end) you’re probably wondering what it set up that might be of interest in Defenders. So rather than force you to watch it, here’s the stuff we think might come up again… As the Immortal Iron Fist, Danny bears responsibility for guarding the mystical city of K’un L’un – but it was also revealed that he’s the sworn enemy of The Hand. Crucially, this is a detail that wasn’t taken from the comics. In case you missed Daredevil (where they were introduced) The Hand is an ancient, mystical ninja order with designs on ruling the world. A major plotline in Iron Fist saw a faction of the Hand, led by a man named , attempting to gain Danny’s trust and control him.

So clearly, The Hand is scared of the Iron Fist. That suggests there’s something he can do to them that no-one else can. Is it just the fact that Danny is one of the greatest martial artists on the planet that throws a spanner into their works? Or could it be that his abilities can destroy the source of The Hand’s power? Between Daredevil Season 2 and Iron Fist, it’s very clear that The Hand have the ability (as in the comics) to bring people back from the dead. Indeed, their resurrection process isn’t even a one-time thing: it makes you essentially immortal unless you take a Highlander-style beheading. That certainly explains why Stick made sure he cut off Nobu’s head at the conclusion of Daredevil S2.

But Harold Meachum, who in Iron Fist was shown to be a previous recipient of The Hand’s resurrection techniques, proved psychologically unstable after his return to life. It’s possible he was just crazy all along, but there were some strong hints that when the Hand bring you back, you come back wrong. Perhaps you lack a soul. Perhaps The Hand’s process brainwashes you. Perhaps death is just too traumatic for some people. Either way, it means you think nothing of taking a claw hammer to some dead bodies, or an ice cream scoop to some live ones.

So what’s this got to do with Elektra? Well, the finale of Daredevil S2 made it clear that the Hand intends to bring her back, and we know she’ll be appearing in Defenders. So when she’s back, we fully expect her to be even less inclined towards good than she was. Will she be beyond redemption? Harold Meachum seemed to be – and that could present a serious problem for Matt Murdock. The final scene of Iron Fist showed Danny and Colleen Wing reaching K’un L’un’s position in the Himalayas, only to discover that The Hand have attacked and the city has disappeared. Danny’s bound to be looking for someone to help him with that problem, and people who have dealt with The Hand before are far and few between.

However, Danny knows Claire Temple has fought the Hand before, so he’s bound to check in with her. And that’ll lead him to Daredevil, and probably even Stick. Stick is the man who once trained Daredevil in the hope that he’d become a member of The Chaste, who are a different mystical order of ninjas (keep up!) that oppose The Hand, and his voice is the one we’ve heard in Defenders teasers addressing the group.

Short version: when Danny meets the others, he’s going to be alone, unguided and looking for answers about the disappearance of his home at Hand’s, er, hands.

4. Claire is ready to fight Speaking of Claire Temple, Iron Fist showed her being trained in martial arts by Colleen Wing. Even more than that, the final episode of Iron Fist is arguably setting her up to become a hero in her own right, and possibly the White Tiger. There’s a separate article about why we think that is, but suffice to say that there’s a good chance Defenders will show us something along those lines.

5. There’s something under New York In Daredevil Season 2, The Hand were digging deep under some derelict housing in Manhattan for reasons that remained mysterious until the finale. In Iron Fist, they’re attempting to do something similar – buying up real estate (in this case, warehouses in Brooklyn) that are, for no apparently reason, other than they’re incredibly crucial to their plans.

This suggests that there’s something under New York, and that The Hand want it. What that might be is a good question – as far as I’m aware there’s no precedent for it in the comics – but it’s bound to come up again.

Comics-wise, there is a precedent for The Hand raising demons. It’s not a huge stretch to imagine they’re digging under New York in an attempt to reach some kind of literal underworld.

6. Hogarth’s gonna be back

When Hogarth agreed to help Danny get his company back, her price was that her firm be kept on permanent retainer by Rand Industries. And she not only did that, she also got Danny off his charge of beating the hell out of some DEA agents, so he’s definitely going to be pleased with her work.

And, of course, the end of Daredevil S2 saw Foggy Nelson scooped up by Hogarth’s law firm following his (apparently) impressive defence of the Punisher. Given that Hogarth knows Jessica Jones and has hired Foggy, I would say that there’s a 100% chance that we’ll see the pair of them lawyering it out against The Hand’s substantial business interests. After all, there are some problems you can’t punch, and corporate interests are one of them. Initially introduced as a martial arts instructor in Iron Fist, it was later revealed that Colleen Wing was a member of The Hand – albeit one who thought the organisation was good. After discovering the truth about her mentor, Bakuto, she was cast out of the group. She’ll doubtless want to make up for the harm she inadvertently caused by both joining and recruiting for The Hand – and as they’re the Defenders’ principal villains, it’s certain she’ll be aiding the fight against them.

One unanswered question is whether Bakuto will be back, though. She, Danny and Davos appeared to kill him, but his body disappeared. But hey, something’s got to be held back for Iron Fist S2. As one of the antagonists in Iron Fist, Madame Gao was shown to be running a faction of The Hand. Bakuto attempted to depose her, but failed when he was taken out of the picture, leaving Gao with the time and resources to reassert her control. But she did lose her influence within Rand Industries, when Danny and the Meachums discovered she was involved in the company. Now that Danny is back in charge, it’s unlikely she’s going to take up residence on floor 13 again – and since Danny, Coleen and Claire managed to beat and humiliate her, you can bet she’ll be back to even the score.

Oh, and this series also showed us, just for a moment, that Gao has some pseudo-mystical powers of her own. Maybe that’s why she’s so confident facing off against the likes of Iron Fist and Daredevil.

The 8-episode event series, The Defenders, will be airing on Netflix in August. We’re looking forward to it.