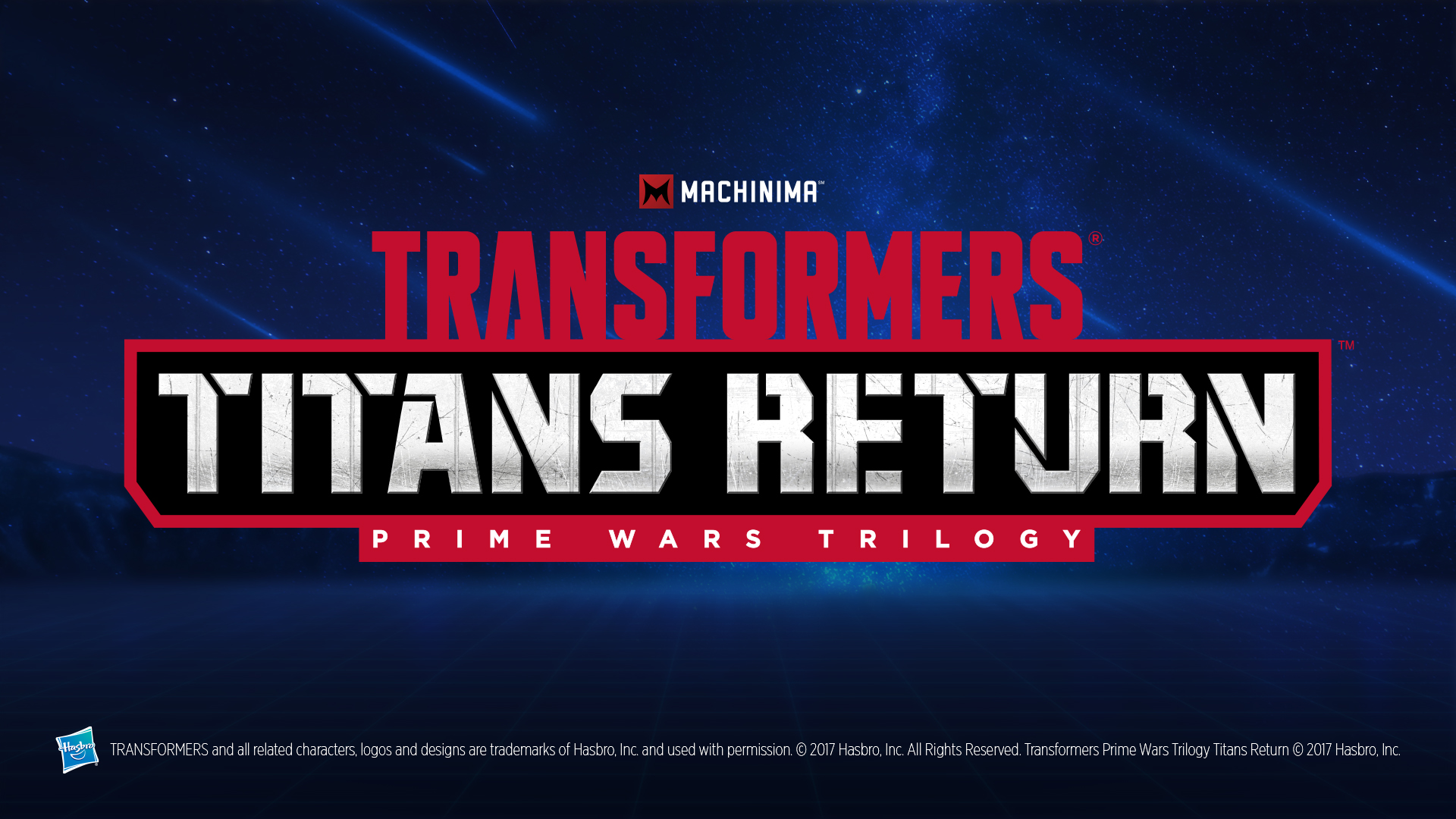 The latest Transformers movie may have received a critical drubbing, but that isn’t going to stop Machinima’s online-only animated output.

Transformers: Titans Return will be the next short series from Machinima. It will follow on from Combiner Wars, which has apparently garnered over 125 million views worldwide since its debut last year.

An impressive, geek-friendly cast has been assembled for the series. The original Optimus Prime voice actor, Peter Cullen, is joining the show, as is Judd Nelson, who voiced Hot Rod and Rodimus Prime in the 1986 animated movie.

Alongside these veteran Autobot voice boxes, fans will also get to hear Michael Dorn as Fortress Maximus, Wil Wheaton as Perceptor, Nolan North as Metroplex and Jason David Frank as Emissary. Exciting times!

Picking up right where the destruction of the Combiner Wars left off, Titans Return takes the action of the Prime Wars Trilogy to new ‘heights,’ and features return appearances from many fan-favorite Transformers characters as well as introduces new Autobots and Decepticons.

In the series, enormous Transformers called Titans are awakened and these massive characters bring massive problems. Trypticon, a gigantic lizard-like Transformer, rises to wreak havoc on Cybertron, while Windblade and a rag-tag team of Transformers must resurrect an ancient ally.

Not all Transformers will survive, as beloved heroes are changed forever while others’ sparks are blown to oblivion. Like Combiner Wars, sophisticated storytelling reveals more than meets the eye for older audiences and kids of all ages when a sinister secret is discovered.

Titans Return will consist of ten episodes, each of which will be eleven minutes in length. They’re expected to roll out this November, with the free streaming service go90 handling the distribution everywhere but China. Sohu.com will handle China.

FJ DeSanto is the showrunner on Titans Return, which is pitched as the middle section of a trilogy. Power Of The Primes will be the third chunk’s title.

More news as we hear it.