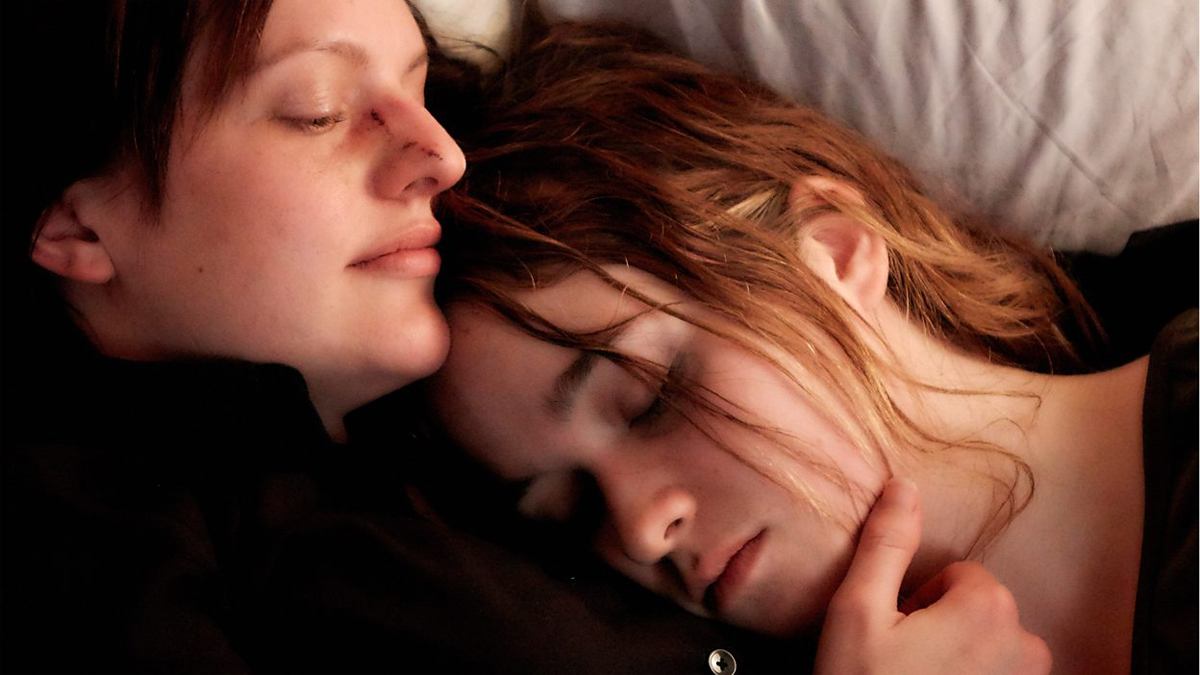 Puss’ villainy is front and centre in the latest uncomfortable, captivating Top Of The Lake: China Girl episode…

Three trays of food were delivered in this week’s China Girl, all of them symbols of devotion. One came to Brett’s wankpit from his mum, who treats her prostitute-using son like a little prince. Another, decorated with flowers and a ‘We love you Puss’ Post-It, was from the brothel women to their repugnant landlord. The last was from Pyke to Mary, an eighteenth birthday breakfast from dad to daughter. Three versions of love: one blind, one warped, one pure.

Even the purest variety of love has its dark edges, Birthday showed us. Dad/daughter dances come with a side of unacknowledged weirdness. However innocent the intentions, there’s something a bit off about young women getting dolled up to wrap their arms around their fathers’ necks and play substitute partners. What, if anything, changes if said father isn’t the biological dad? How about if he’s the same age as the daughter’s boyfriend, who’s also there and referring to himself as her “old man”, pumping his crotch under her skirts and telling her to “come to Daddy”?

Top Of The Lake revels in that kind of discomfort. Its lack of embarrassment is one of its best features. It’s not afraid to go to extremes, nor is its storytelling constrained by mundane realism. It talks about the things it wants to talk about – motherhood, neuroses, the sex trade, violence, the warped attitudes men can hold towards women – without ever mincing its words. Subtlety? Who has the time?

That approach does lead to heavy handed moments like the splicing of an adorable home video of three-year-old Mary home video with an eighteen-year-old trick-turning Mary being thrown out of a John’s car in tears. You can’t say the point isn’t made though. This whole story plays out in extremes. It can make for maddening and sometimes baffling viewing but it’s never, never boring. There honestly hasn’t been a weekly drama I’ve looked forward to this much since Mad Men. Perhaps The Handmaid’s Tale?

It can’t be a coincidence that all three star Elisabeth Moss, who just feels as though she’s plugged into different mains power to everyone else at the moment. The scene in which she silently made the connection between Mary and China Girl, struggling to contain her sickening panic while remaining professional and taking Brett’s statement, was masterful work. Her pairing with David Dencik in the beach scene had the kind of weight other dramas never manage to create between two characters. When Robin looked at Puss, I thought his head might explode. It’s a pity it didn’t.

Birthday was the episode that convinced anyone who still needed convincing that Puss is a TV villain of great magnitude, right up there with King Joffrey or Gus Fring. He’s a nastily charismatic creation, just like series one’s Matt Mitcham. I couldn’t take my eyes off Matt, and I can’t take my eyes off David Dencik’s Puss, the chaos goblin in this horrid fairy tale. Skulking around the beach, all coiled violence and contempt, or laughing his head off on those invitingly precipitous steps (what a beautiful wide shot), he’ll be a hard character to forget when this is all over.

Fingers crossed it’ll soon be all over for Puss. Now that Mary’s morphed from callow and precocious to a person of extreme vulnerability, he’s not funny anymore. I’m torn between wanting to see Robin glass him in the guts then beat him to death with a microphone stand, and wanting to see Pyke’s saintly patience finally break.

Pyke Edwards is China Girl’s one good man. Series one had Johnno Mitcham, who was (literally, thanks to a recast) warped beyond recognition in this year’s flashback, and series two has Pyke. He’s kind and nurturing (and hardly seen not proffering food of some sort. He literally nourishes the women around him) and displays inhuman patience around his estranged wife and troubled daughter. He could be exactly what Robin needs.

The sweet final scene of Pyke seeing Robin sing her daughter a lullaby–thanks to that new tattoo, she really does have Mary under her skin–suggested a possible future for these three. Mary just needs deprogramming from the cult of Alexander, then perhaps, could they all live happily ever after?

All six episodes of Top Of The Lake: China Girl are now available on BBC iPlayer. These episode reviews will run weekly so please keep spoilers for future episodes out of the comments, thanks.