This Time With Alan Partridge: the first trailer is here 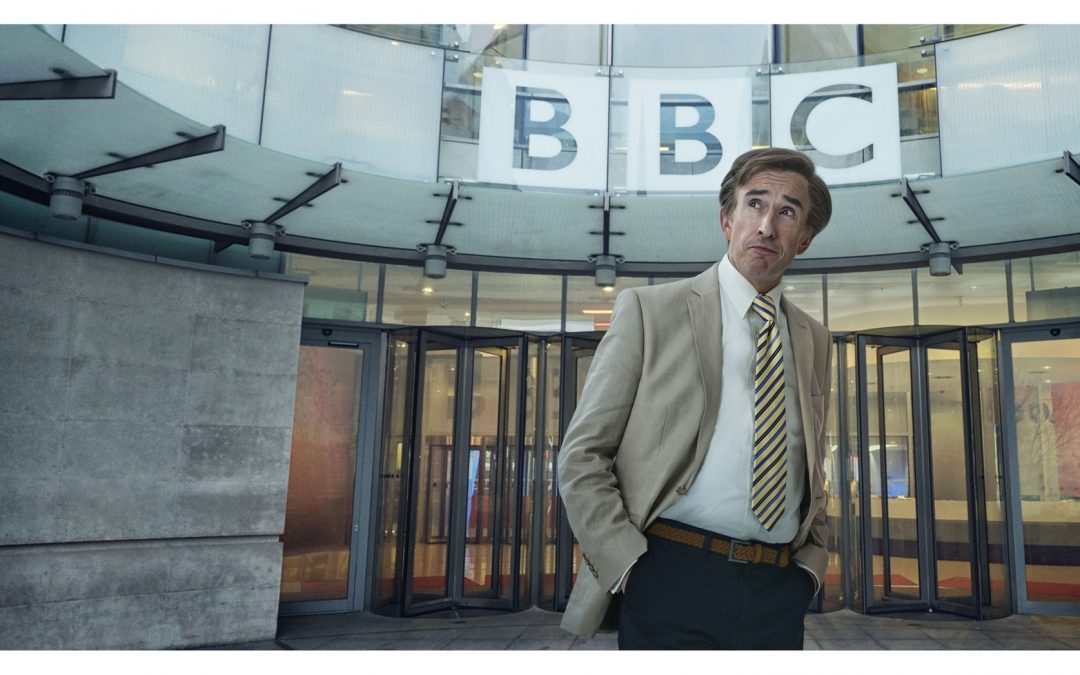 Steve Coogan revealed he was writing a new Alan Partridge series for the BBC a while back, and 6 new half-hour episodes are set to air later on this year. Yes, a quarter-century after he first appeared on the Beeb, Partridge will return in This Time With Alan Partridge.

Right now, we only know that This Time will premiere “soon”, but we’ll update you as soon as we have more info.

This Time With Alan Partridge cast

Partridge’s co-host will be none other than Susannah Fielding (Black Mirror, Doctor Who) playing a character called Jennie Gresham, in a sort of The One Show format that promises to be even more insane than the real thing. Tim Key will also be returning as Simon in the new run!

Coogan also confirmed that Felicity Montagu would be back as Alan’s long-suffering assistant, Lynn. The actress, who just recently popped up in the acclaimed series The End Of The F***ing World, will reprise the role of Lynn after previously appearing in two classic series of I’m Alan Partridge and later in the Alan Partridge movie, Alpha Papa.

Coogan’s written This Time with Neil and Rob Gibbons.

This Time With Alan Partridge story

Here are some details on the forthcoming series, to sink your teeth into until it arrives:

The show will see Alan (Steve Coogan) handed a career lifeline – the chance to stand in (temporarily) as co-host on This Time, an evening weekday magazine show.

His first return to live television since his 90s chat show Knowing Me, Knowing You was cancelled after a guest was fatally shot on air, This Time is the perfect shop window for a man of Alan’s gravitas and will, or should, see him finally recognised as one of the heavyweight broadcasters of his era.

The show itself is a heady mix of consumer affairs, current affairs, viewer interaction, highbrow interview and lightweight froth; very much the sweet spots for a man whose CV boasts over two decades of weekday local radio. And with an array of diverse subjects on the agenda, it promises the perfect fit for a man whose broadcasting style has been described as ‘equidistant between chitchat and analysis.’

It seemed that there was one way the BBC would allow the beleaguered spoof presenter back on their channels – as a hard Brexit supporter with controversial opinions. And in an era where campaigners are fighting a long battle to keep the likes of Hopkins and Farage away from open ears, his ratings could be better than ever.

Creator Steve Coogan confirmed Partridge’s forthcoming return to the BBC in August 2017 in an interview with pro-Remain newspaper The New European. A ‘voice of Brexit’ who would have definitely voted Leave, Coogan thought it likely that Partridge would experience a career revival ’round about now.

“It’s conceivable,” Coogan mused at the time. “Because in this age of Brexit, they [the BBC] might think they need to get in touch with the ‘Little Englanders’ they ignore. Alan would have voted Brexit for sure. Hard Brexit, given the choice. He’s a Brexiteer because the Daily Mail told him to be.”

Coogan went on to admit that while Partridge is “inept” he’s “honest and well-intentioned”, adding “He tries not to be sexist, then is sexist. He’s the kind of person, a bit like my dad, who tries to impress but it comes out wrong.”

Coogan was eyeing a spring 2018 premiere back then. “That’s going to be tough. It’s always difficult to make good comedy. You always have to work really hard at it. The standard of the comedy on Partridge is so high, that you have to match it, or people go, ‘Oh, they’ve lost it.’ So, you are making a rod for your own back. But that’s good, because you have to do good stuff, and people like it, and they go, ‘Oh! That’s brilliant.'”