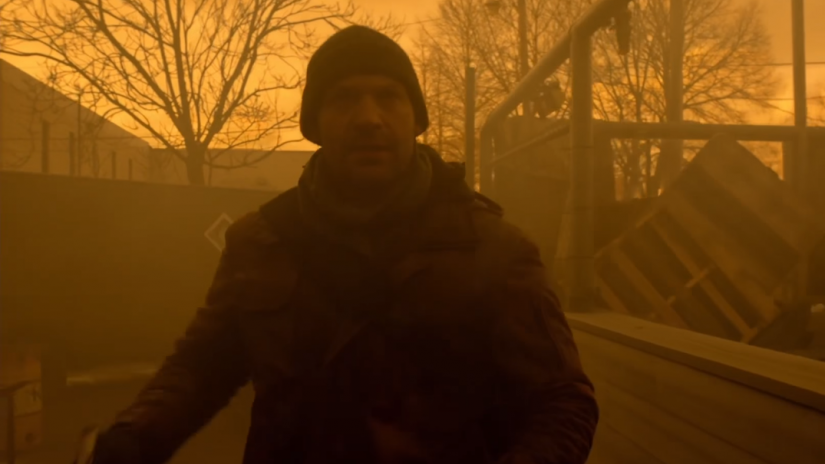 The Strain races towards an intense conclusion in its latest season 4 episode. Spoilers ahead in our review…

See related
Looking back at Twin Peaks: Fire Walk With Me

Last week, I wrote about how Eichhorst’s sting could force fans of The Strain to bid farewell to Setrakian. I lamented the loss of this awesome character, but praised the series for the unforgettable way in which Setrakian met his end. I said it was brutal to be forced to say farewell to the aged strigoi hunter, but it is fitting that Setrakian took Eichhorst down with him. Then commenter Steve Crow postulated the warfarin in Setrakian’s system, the same blood thinner the vampire killer used to fatally poison Eichhorst, would dilute the strigoi worms and save Setrakian’s life. I felt Mr. Crow was onto something and celebrated the fact that maybe, just maybe, Setrakian would be able to continue to fight the good fight.

It turns out all this is wishful thinking because this week, we do indeed have to witness the final demise of Abraham Setrakian. The strigoi worms do their jobs despite the warfarin, and the strigoi transformation is nigh for the good professor. Through the horrified eyes of Eph, Gus, Dutch, Fet, and Quinlan, we must watch Setrakian leave this mortal coil. It is a moment of mixed emotions. Of course there is sadness that the greatest vampire hunter of his age is finally brought low by his enemies, but there is also satisfaction that Setrakian was able to bring down his mortal foe Eichhorst. There is a sense of purpose and accomplishment, a feeling of a long life well lived. Now at the moment of death, Setrakian is a messianic figure, a symbol of all that is good and right with humanity.

With the old man in their heart, Eph, Gus, Dutch, Fet, and Quinlan will lead the final charge against the Master and the strigoi. It is so hard to face that Setrakian won’t be there for the final battle, but he will be there in spirit, and I’m sure that thought made the old man smile in his last moments. Quinlan says as such in a moving eulogy at Setrakian’s grave as we say goodbye one last time to the most boss old man on TV.

Now that Setrakian is gone, our heroes are emboldened. This season of The Strain is quite streamlined, with no time for love triangles or that kind of thing. Instead, we have a ragtag band of broken but bold heroes taking the fight straight to the Master’s new dystopia. I just couldn’t take another season of Eph’s alcoholism and thankfully, this season has jettisoned such stuff for wall-to-wall action. With only two episodes remaining, I guess we are preparing for a final battle and the journey to this explosive climax begins this week as Setrakian’s followers make their move to find the Master and end this war once and for all.

Fet and Quinlan have their nuke, but the only issue is our heroes don’t want to just set off a nuclear device in the middle of a populated New York. They have to pinpoint the Master and then use the device. The first step of this plan is to find the human quisling Sanjay Desai and force the patsy to reveal the location of the Master. With Eichhorst gone, Desai might be the Master’s greatest sentient asset. The season has done a really good job setting Desai up as a very easy to hate villain. The early half of the season saw Desai overseeing the running of a baby factory and tormenting Dutch Vanders. Well, all that comes to a head this week as our band of heroes make their move to abduct Desai. And boy, is Dutch happy to take the fight to the traitorous scumbag.

The episode features a raid on the very same facility that Dutch was held in. As I said, Eph and company are completely emboldened by Setrakian’s final words, so when they raid the strigoi stronghold, they really raid the summabitch. Gus gets the help of his gang and for once without a loss or a setback, our heroes kick copious amounts of strigoi ass and are able to secure Desai. And boy, does Dutch delight in beating the crap of the human turncoat. There is a great deal of catharsis in watching Dutch free the women from the baby farm and in punishing the human traitor that held them there. If we learned anything from the past few seasons of The Strain, it’s that you do not want to F with Dutch Vanders.

Like Dutch, all the heroes seems like they are now past their damage. Eph is fighting mad and not restrained by any complicated sexual relationships or his booze crutch. Gus is no longer the reluctant warrior as he has stepped into Setrakian’s selfless strigoi hunting shoes, Quinlan is just Quinlan and continues to cut through strigoi like a freakin’ meat slicer. For the first time in a long time, one gets the sense that our heroes might for once have a chance to win. Especially since the maniacal Eichhorst has been so satisfyingly dispatched.

But not so fast, because while our heroes mourn Setrakian and take the fight to Desai, Zach falls deeper and deeper into the clutches of the Master. Little Zach is enjoying the company of the recently turned Abby and is all touchy feely with his vampiric housekeeper. It’s all sorts of creepy. As I said a few weeks back, after having Abby killed, Zach is now way beyond redemption. This is why it’s a very bad thing that Zach and Eph have reunited. Other than freeing the world from the strigoi, the only thing Eph desires is to help his son. But really Eph, your little fella destroyed the world and now thinks it’s okay to kill young girls who don’t return his affections. Zach is deep in the clutches of the Master and now, Zach has found his father right when Setrakian’s crew has initiated the final push against the strigoi.

Will the memory of Setrakian be enough now that Zach is back in the picture? We’ll find out in the next few weeks as we began the final farewell of The Strain.