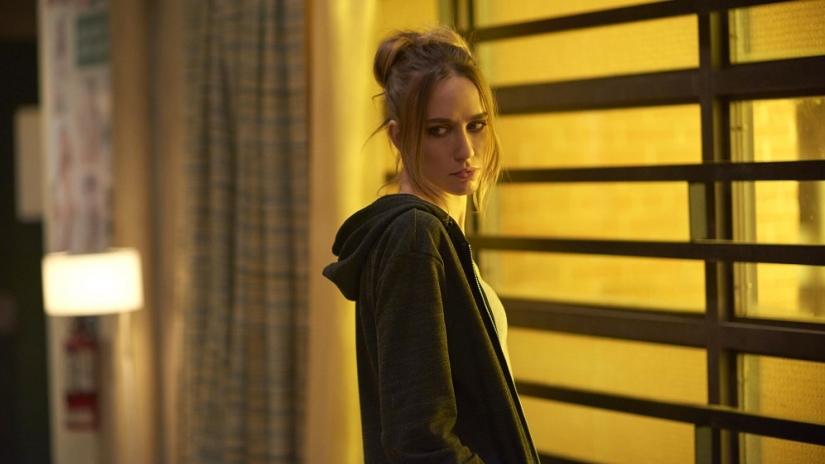 Last week, as we began to experience the final season of The Strain, the series introduced a horrific dystopian world and featured Eph and Fet trying to navigate that world. With Eph trying to survive in Philadelphia and Fet trying to find a missile silo in North Dakota, fans learned about this new propaganda-driven strigoi world, but the narrative didn’t really allow us to go inside the inner workings of the new strigoi monarchy. Through Fet and Eph, we got to exist on the fringes of this bloodsucker-run America, but we never really got a ground zero view of what torture and atrocities truly exist within the strigoi states of America.

This week, through the returning Dutch, Gus, and Setrakian, fans get to viscerally experience what it’s like to live shoulder to shoulder with and under the thumb of the strigoi. One of the big questions left from last episode was who else survived when petulant little Zach pressed the detonator and nuked New York? Well, the answer seems to be just about everyone of story importance as Dutch, Gus, and Setrakian are revealed to be alive. But they are a far cry from alive and doing well.

Dutch and Setrakian are still together using the all-purpose mystical tome known as the Occido Lumen to find a way to eradicate the strigoi, but this status quo is quickly tossed out the window when Dutch and Setrakian are both arrested. There is an awesome action set piece of Dutch saving the Lumen and fighting vamps during a high rise fire, but even the tough as nails Dutch can’t hold off the strigoi for long. Don’t worry though, kids, Dutch does indeed hide the Lumen even if it won’t do too much good for our heroes with Dutch and Setrakian tossed into Strigoi prison.

Dutch has long been at the centre of some of the best episodes of The Strain. Who can forget when Eichhorst imprisoned Dutch and force fed her pineapple while threatening her with all sorts of Nazi vampire sexual depravity? This week was a call back to that episode (which still makes me squirm) as Dutch is taken to a strigoi baby factory where women are forcibly impregnated in order to maintain the strigoi’s herd of humans. That’s some messed up stuff right there – a human run breeding facility designed to keep the strigoi’s food supply running strong for generations? Yikes, I say. When fans see the inside of this facility, the consequences of this strigoi world really hits home. Women herded and forced to become incubators for future strigoi meals – that’s some grade-A horror right here.

Of course, Dutch immediately begins to plan her escape and even finds a patsy to smuggle her out. We learn that women who cannot give birth are processed as food, so Dutch and her big heart also attempt to help an infertile woman that she befriends. Dutch allows the woman to be smuggled out instead of herself, and all three (the patsy included) get caught. Now Dutch is in really deep strigoi shit but if you remember how she escaped Eichhorst, you know that Dutch always has a plan. Dutch’s storyline is way more intense and gripping that what we saw from Eph and Fet last week and I was really loathe to leave Dutch’s full story untold I find out that the brave woman is okay. Chilling stuff with the Dutch arc this week. And last season’s arc of Dutch being the hypotenuse of a love triangle between Eph, herself and Fet did the character no favours so I’m glad that bit of business didn’t follow us into this season.

In addition to Dutch, Gus is also involved in a pretty fascinating story arc as he now runs a black market. Gus recruits his cousin, the newly introduced young Raul, to help steal from the strigoi. The theme of family has long followed Gus through his many adventures and now Gus has young Raul to protect. Raul returns the favour by helping Gus steal a stockpile of strigoi supplies but once again, the crew is caught in the act forcing Raul into making a choice between joining Gus and becoming a killer or embracing strigoi rule. Having Raul around should make for some interesting conflicts as Gus’s storyline continues to unfold. But man, I really missed Angel De Plata because anytime a TV series features a vampire killing ex-luchador, I’m all over it!

We also get a little Eph this week as he becomes something of a leader to his rag tag band of human insurgents. Eph steps up and shows his new allies his vampire-slaying mojo and teaches his new pals how to really hit the strigoi where it hurts. These scenes were actually pretty breezy and funny and serve as a great counterpoint to the knife in the gut scenes with Dutch.

The last bit I want to mention is, how poignant was it when Setrakian was brought into the strigoi-processing centre and instantly mentally flashbacked to his time in a Nazi prison camp? In this scene, David Bradley does so much with so little and the rage and loss of hope in his eyes is like a physical blow as his every sensibility cries out against having to live through another culling. Again, powerful stuff. This was a full circle moment for the series and the character of Setrakian, and really drives home the idea of just how far humanity has fallen in this strigoi world

Overall, this was an impactful week as the Setrakian, Gus, and Dutch arcs are way more engaging than watching Zach scowl and shoot tigers.