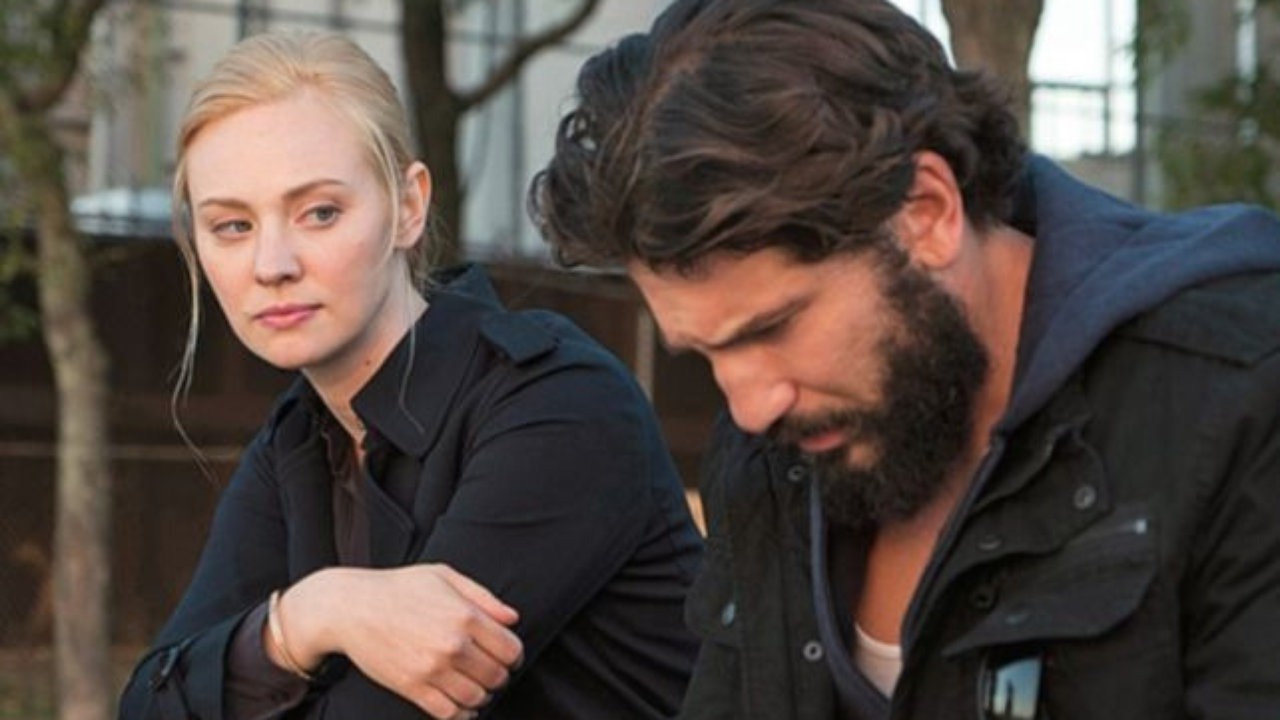 Here's day three in our episode-by-episode review and nerdy spots for Marvel's The Punisher, out now on Netflix…

It’s quite clear, three episodes in, that this is one show that doesn’t have a huge amount of interest in being the Marvel version of the Punisher. That’s not to say it’s bad, because right now it’s very good – but this is The Punisher as you might imagine he would be on TV: a stand-alone version of the high concept recontextualised into near unrecognisability. I don’t hate it. I do wonder how interested I’m going to be in it.

In my mind, for Frank to be The Punisher, he has to do two things: wear a skull on his chest and wage war on criminals. This version of the character has voluntarily abandoned the skull motif (at least for now) and isn’t that interesting in waging war on anyone other than the people who killed his family. Sure, he was happy to kill some would-be murderers in episode 1, but that was very much a reactive situation. He’s not exactly hunting them down.

I don’t have a huge problem with what they’ve done – so far the story is super-tight, Castle himself is actually quite complex, and the plot is reasonably grounded. In fact, if you compare it to any number of crime procedurals in its genre (i.e. what I would characterise as “dull TV”) it’s actually a pretty well-rounded example. We’re getting flashbacks, excuses to shoot guns, and a variety of intelligence agency members at war with one another. If it was called something like “Rogue Asset” it would stand a chance of being America’s number one TV show.

It’s just… it’s not a lot of fun, is it? For all of their faults, the previous four Netflix shows were about superheroes to some extent. Fantastic things were happening. The Punisher is just bleak all the way through, and humourless to the point of being borderline oppressive. It does have an original hook in that it’s examining what happens to soldiers who are put in bad situations, made to do bad things, and then given no support afterwards, and I respect that. This show knows the story it wants to tell, has singled out Frank Castle as a very good fit for that story, and it’s going for it. But 3 hours in I just want him to do what he did in Daredevil: mess up rooms full of murderers in increasingly inventive ways.

Of course, the reason I had a lot of time to think (and talk) about this stuff is because this was, once again, a pretty slow episode. Marvel-Netflix is nothing is not dogged in its commitment to stretching out one scene into an entire episode. Admittedly, I did enjoy Micro demonstrating just how much smarter than Frank he is, and learning Micro’s backstory, but I can safely say this episode isn’t so much trying to build a mood as it is hoping one will fossilise around it if it stays still.

I know, I know, I’m hard to please, right? I liked seeing the Afghanistan flashbacks, not least because the scenes of him and Russo palling about were a lot more like the wisecracking-but-deadly Frank we saw in Daredevil. Let’s hope they let that version into the present soon instead of Glum Hipster Frank.

Well, in case you don’t know, Ray Schoonover appeared in Daredevil S2, first as Frank’s friend and former CO, but also (spoilers coming…) later as the Blacksmith, the man behind Frank’s family’s murder. The set piece in this episode is, I believe, the same mission Schoonover tells the court about in Daredevil 2.08. He first appeared in Punisher War Journal #4 (1989) and died in the following issue.

And… I think that’s it. I don’t think any of the other characters are Marvel references yet (bar Russo, who we’re still waiting for the right time to discuss). I would not be surprised, given the tone of this show, if there isn’t a lot of comics stuff to come at all.