The horror movie undertones of The Goonies 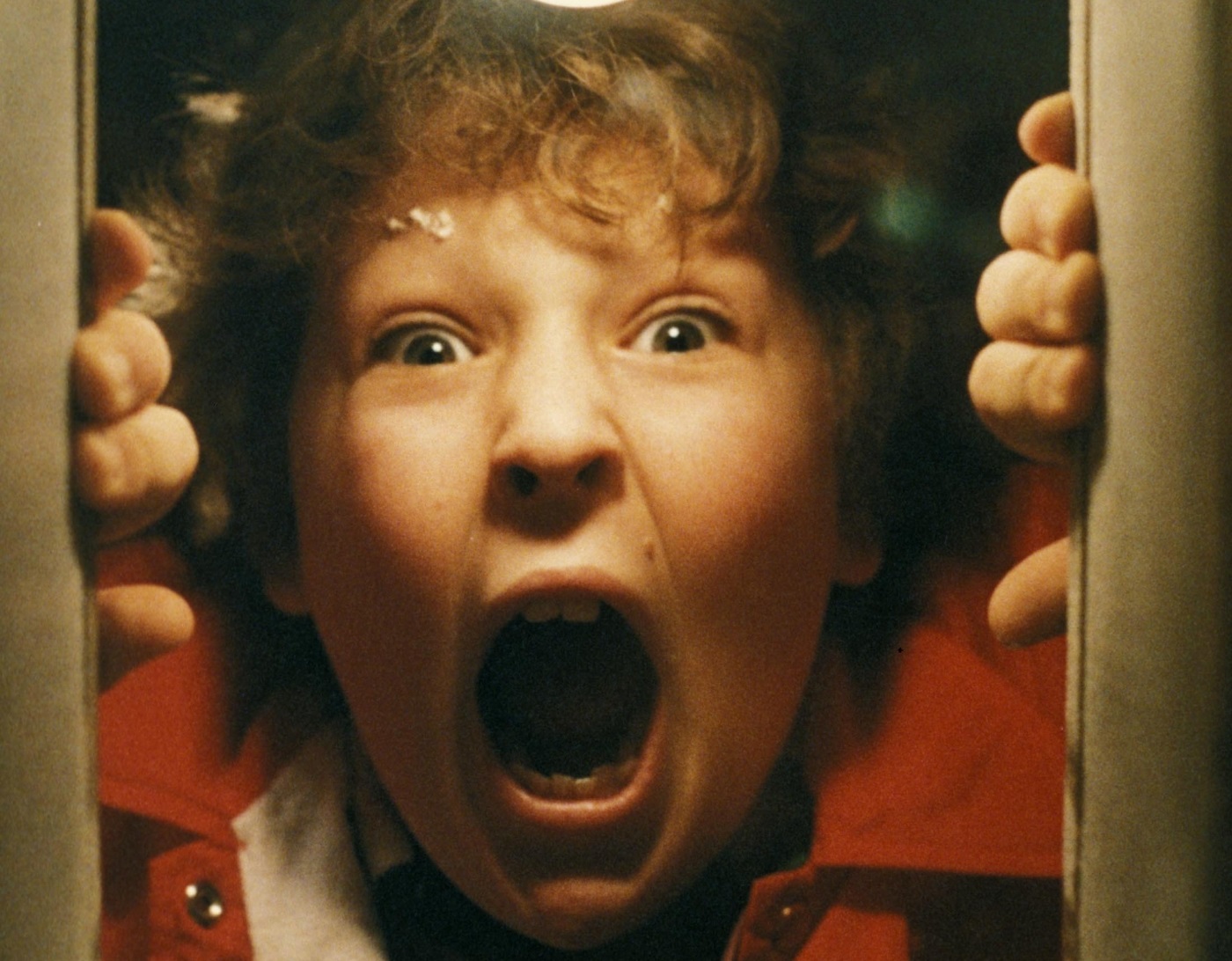 As the new film of Stephen King’s It dominates the box office, a look at its spiritual cousin, The Goonies…

Currently dominating the global box office is the new adaptation of Stephen King’s novel, It. The book has provided the source material already for one production that scared the lights out of a generation – who can forget Tim Curry’s take on Pennywise the clown? – and the new film has been keen to repeat the trick. With no shortage of success, as it happens. Clowns are already reporting a decline in business.

It was when Mark Kermode reviewed the film on the Kermode & Mayo Film Review programme, though, that he described the new It movie not as a horror, but an adventure horror. And the inevitable line was drawn back to the mighty The Goonies.

The overlaps are clear. A group of young misfits find themselves in an adventure filled with peril, in a small town, against the kind of foes that such young people shouldn’t have to face. Yet they do.

Buy The Goonies with posh new artwork on DVD and Blu-ray here. It helps support the site if you use this link.

Rewatching The Goonies for the umpteenth time, with a specific eye on its horror undertones, it really doesn’t take very long for the evidence to start mounting. This is a film that sets its scene, after all, with an opening sequence that sees Robert Davi’s Jake Fratelli faking his suicide in a police cell, to stage a breakout. Its feet are on the right side of the tonal line, but it’s an arresting start to a film that’s often perceived as a straight family favourite. It’s that hanging scene, incidentally, that has seen the BBFC reclassify the film as a 12 certificate since 2004. It was originally classified a PG, although 16 seconds of cuts were required to get that (a US TV version runs to a full 20 minutes shy of the cinematic cut of the film!). The release you can buy now – on disc or digital – is uncut.

Still, most of us who grew up with The Goonies can likely remember a television version that omitted the subtitles to Mouth’s Spanish translation work (poor Rosalita). But in every cut I’ve seen, a surprising amount of quite chilling material has got through. For I utterly buy that there’s a good chunk of The Goonies that sees it straying towards horror cinema. Director Richard Donner has seamlessly crossed genres many times of course, and horror-wise, by this time in his career, he’d already given us The Omen. And, in fact, you can see his horror-tinged shots and angles right through The Goonies, especially as our bunch of heroes first discover the Fratelli restaurant.

On a technical level, Donner’s lighting of this scene in particular is brilliant (and this bit is firmly more on the horror rather than adventure line). Light streaming through gaps in the walls lightens the otherwise moody darkness, dust in the air, floorboards creaking for added impact. It sets an uneasy tone, and this is thoroughly ramped up when the Fratellis turn up.

The late Anne Ramsey is, scandalously, a rarely-discussed screen presence, and yet in the 1980s, she was a formidable, brilliant presence. Throw Momma From The Train (for which she was Oscar nominated) and Scrooged both spring to mind, but as Mama Fratelli in The Goonies, she chilled me to my bones. Sometimes in films, you don’t believe a character will follow through on their threats. When Ramsey spat out a threat in her perfectly gruff voice? I never doubted her for a minute. Her loss at the age of just 59 in 1988 robbed cinema of a true presence. I think what also heightens the sense of threat in The Goonies, though – and this ties back to It again – is that the danger is felt by kids. Marty McFly, around the same time, was vanishing himself out of existence at one stage, but even he didn’t face falling down a trap onto some fatal spikes, saved only by a (brilliant) chattering teeth invention. Furthermore, there’s little doubt here that the adults will kill the kids to get to One Eyed Willy’s treasure.

As always, I’ll bypass One Eyed Willy’s name with no further comment, save for the fact that the writers must have known.

If there’s one horror moment that always really gets me, though, it’s when the mighty Chunk – and his confession scene is up there with Phoebe Cates explaining why Santa doesn’t exist in Gremlins for me – finds himself in a refrigerator at one stage, only for a frozen corpse to become apparent behind him. I continue to find that terrifying, made all the more real by Jeff Cohen’s performance. When Chunk screams, I’m right behind him. It’s a hell of a moment.

A word here too for Dave Grusin’s exquisite score, that’s playful and melodic for the most part, but even he can’t resist reaching for the Bernard Herrmann Psycho playbook. It would be fair to call it an influence worn on its proverbial sleeve. There’s a lot more, of course. The Fratellis locking the eventually adorable Sloth in the basement, the continued brutal traps that might kill our heroes at any moment. The sense of unease and danger, amongst all the fun, that Richard Donner generates. All tied to relatable stakes – can they save their home? – that matter more than a million end-of-the-world plots.

Like all special movies, The Goonies changes just a little over time as you watch it more, and bring more to it. For me, the film that I used to love and laugh at just scares me a little more each time I watch it. My truffle shuffle has improved over time, too…