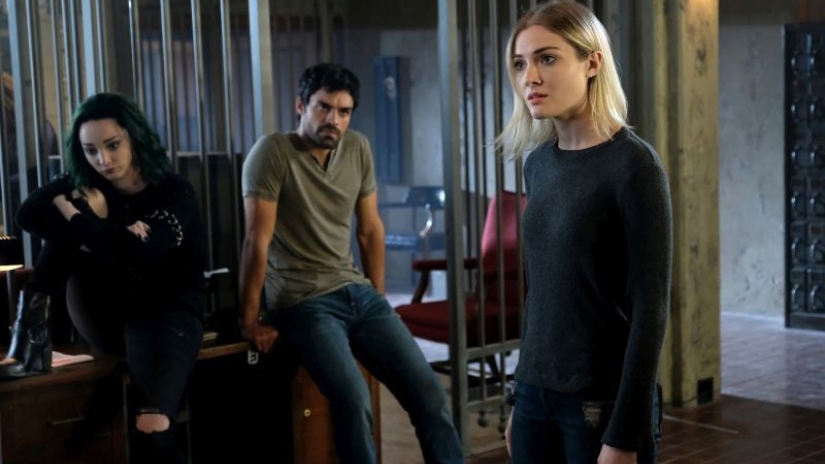 The Gifted moves the plot forward and ignores pretty much everything else in its latest episode. Spoilers ahead in our review…

I’m probably being a little tougher on outfoX than I need to be, but many of my issues with this week’s episode stem from the scheduling here in the US. The last episode was the high point for the series so far, succeeding on multiple levels. Then Fox killed the show’s momentum with a week off, and followed up the off week with an episode that didn’t do much other than barrel towards the season finale.

The last episode succeeded in merging the plot propulsion and character development. We got a tonne out of the conversation between Reed and his father, not just for him, but for the kids as well. The twists introduced to his life by the revelation that he came from a line of mutants, was a mutant himself, and passed the X gene down to his kids, was material enough for a full half a season of shows. But most of that was swept away in a couple of conversations between him and Kate.

What did get developed this week were the kids’ powers. We had a bit of a discovery process at HQ, as Andy went through the library and found an encyclopedia/published version of Ahab’s Fenris press clip scrapbook. Then they try and use their powers jointly, but Lauren stops them before they blow up the entire building because she senses her own power. The way she talks about it, how she fuses her consciousness with Andy’s, seems like she’s describing a gestalt consciousness, by the way – more on this in the Phoenix Eggs later.

Then the team, pushed by Esme, their new telepath, decides to try and pull a heist at the Trask black site, so they send Blink, Dreamer, and the Strucker kids to a power station a few miles away to disable the lab. They get rumbled by a supremely paranoid (and lucky) Jace and Sentinel Services, and the team gets picked off one by one until the Struckers are cornered in the basement of the power station. As they join hands to blow the building up, Andy pulls away from Lauren at the last second, arguing that he didn’t want to kill a building full of people.

This is actually a fairly big piece of character development for Andy. Up until now, he’d been the one complaining about how he’s never allowed to cut loose with his powers. But right after the first time they tried to merge their powers, Lauren talked about feeling the way someone battling addiction describes a first high, and Andy is the one to take responsibility for the destruction they might cause in their escape at the end of the show. That’s something, I guess, but it’s not really enough to make this episode better than “fine.”

– The one so far unmentioned subplot from this week is Esme being a creepy shit. The team’s new telepath from last week is up to some shady stuff, trying to manipulate the Resistance into doing what she wants. This tracks with her comics version – Esme was the Stepford Cuckoo who broke with the rest of the Five in One, got all lit up on kick, imagined she was Magneto’s girlfriend, then died when he got all hopped up on kick and decided he was tired of her crap. Morrison’s run is probably due for a critical reexamination, I think.

– The way Lauren describes merging with Andy when they use their powers sounds like they’re becoming a gestalt being, which is interesting given the show also decides to have Esme creeping around in the background. The Cuckoos were a hive mind, a gestalt consciousness when they were using their mutant abilities together.

– Apparently the von Strucker twins were known as Fenris everywhere. And apparently the X-Men were active in the 60s to stop them?

– The Fenris twins were ALSO members of the Hellfire Club, which is pretty dope. We haven’t seen the Hellfire Club since X-Men: First Class, in which Sebastian Shaw, Emma Frost, and others were members.