The Gifted episode 5 review: boXed in 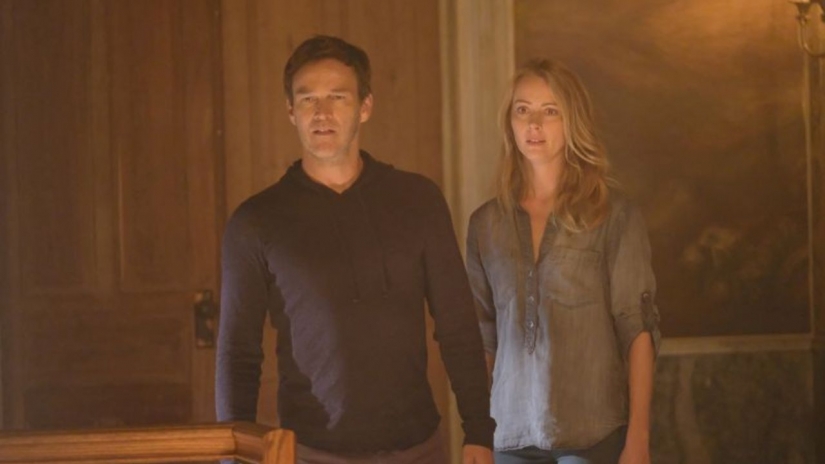 The Gifted continues to distinguish itself from other superhero TV shows. Spoilers ahead in our episode 5 review…

With the glut of comic book shows out there right now, it’s hard for new ones to break through the noise. The way they do that is to focus on one thing and try to do it well – Legends Of Tomorrow is an action comedy, The Flash is an ensemble show, Inhumans is terrible, Arrow is about action, etc. It took a few episodes to clarify what The Gifted would focus on, but with boXed in, it seems that the show is going to be vastly more plot-heavy than the others on television.

Five episodes in, the amount of things that have happened (in a relatively small time frame within the show) is pretty big. So far, we’ve established the world where the Brotherhood and the X-Men are missing; where mutants are hated, feared, and persecuted as hell; seen the infrastructure that society uses to persecute mutants and the infrastructure that the resistance has to free them; planned and executed a prison break; developed a pregnancy subplot, the powers of three mutants, and the backstory to the lead inquisitor of Sentinel Services. That’s definitely not comprehensive, but it still feels like a tonne for five hours of story.

Compare the plot with the character development in this episode and you see the distinction. This week’s episode completes the prison break from last week and dials back the heat on Resistance HQ, while Polaris and Eclipse kidnap Jace from Sentinel Services for more information on the world. Meanwhile, Kate Strucker and the kids save Trader, and we get a payoff to Dreamer’s telepathic manipulation of Blink a couple episodes back. The character development here is relatively minimal – Jace’s backstory gets expanded on (and then seriously messed with), the Strucker kids show more of who they are, and we get a minute with Polaris and Eclipse in the car.

This isn’t a bad thing!

The biggest problem with these other shows is the inevitable wheel-spinning or character resets that happen about two-thirds of the way through the season so they can hit their episode order. The way The Gifted is doling out character development in drops, it doesn’t seem like we’re going to have to needlessly stretch the season’s endgame out. I’m looking forward to having a complete, solid season of the show.

– I’m not sure who the invisible Resistance bartender is in the comics, so we’re just going to call him ‘Vanishing Dave Grohl’ moving forward.

– After their powers do that cool interaction again, Lorna tells Marcos that they should name their kid “Aurora” if it’s a girl. In the comics, Aurora is Northstar’s twin, a member of Alpha Flight with super strength and speed, and the ability to fire a flash of light when she’s in physical contact with Northstar.

– This is a light Phoenix Eggs section because of one big wasted opportunity: when Dreamer is in Jace’s head, we get flashes of the whole Sentinel Services infrastructure, and almost none of it has a direct link to the comics. We do get confirmation that Pulse is part of Ahab’s “Hound” programme, which we guessed last week. Other than that, nothing: the judge, James Kresge, has no comics counterpart, and the name of the criminal that the computer says was put into the Hound program is Matthew Shively, who works in the show’s art department and isn’t an existing comics character.