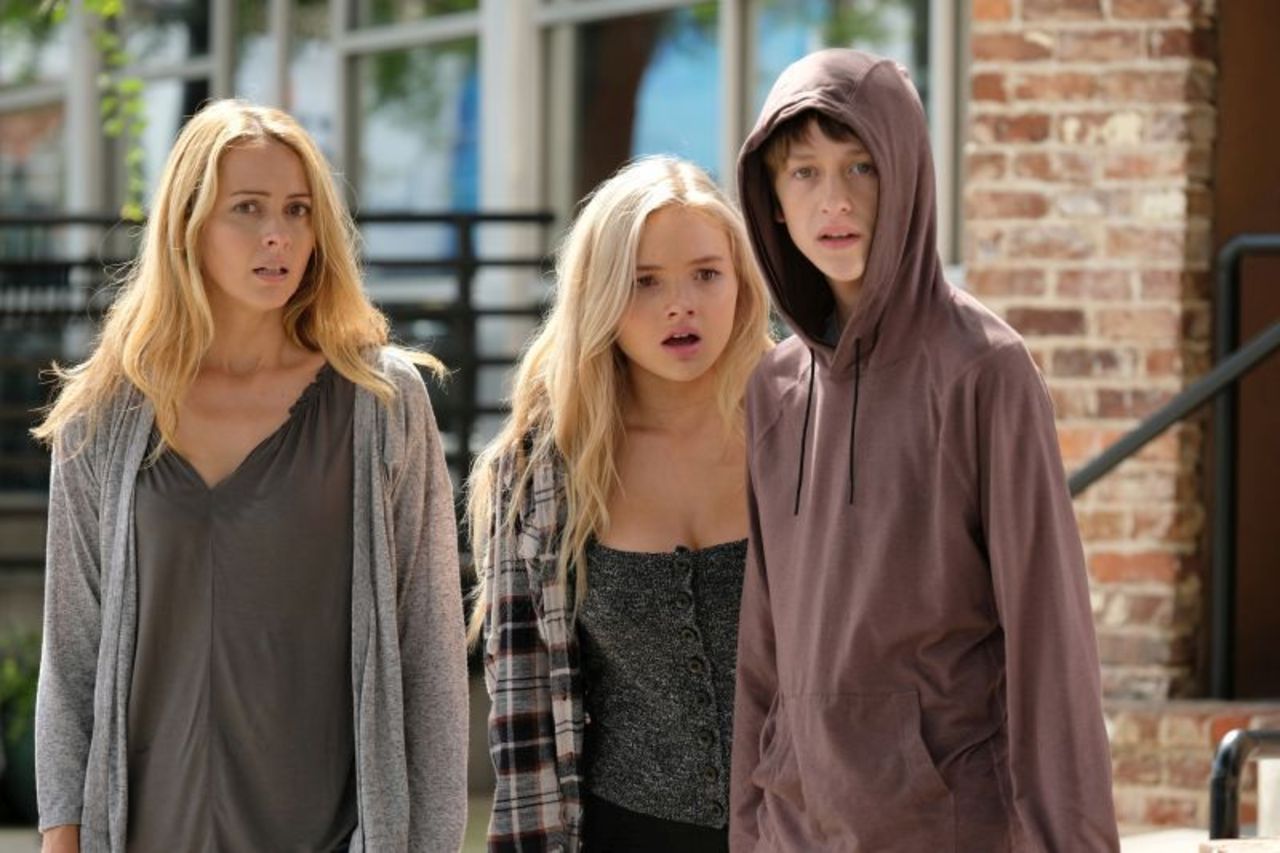 The Gifted is developing into a greater examination of the central X-Men metaphor than a lot of other comics, shows and films…

Calling The Gifted an X-Men show is a lie.

That’s not to say that it’s bad, just that it’s a misrepresentation. The X-Men universe is expansive enough that it can handle a diversity of genres – we saw it in depressing future western Logan, or in the glorious longform Bugs Bunny cartoon that was Deadpool, and in the trailer for psychological horror movie The New Mutants. But those movies, along with the eight other movies that make up the canon, all focus on X-Men characters doing X-Men things.

The Gifted is a Morlocks show, and this week’s episode, eXodus, made me realise why.

The episode starts with a flashback to Polaris and Eclipse talking about learning to use their powers, and it goes against type right away: usually, especially in X-Men media, the learning process is either highly structured in a school, or the source of massive angst as the newly developed power hurts someone. Here, though, Lorna and Marcos talk about how much fun and how beautiful they are.

This is a nice trope flip, and a nice contrast to the rest of the episode, which is pretty much just a relentless onslaught of everyone having a super shitty day. This sounds like complaining, but it isn’t – last week I said I liked the show because it made you feel how shitty being a mutant was, and this week makes you feel how stressful it is. Kate does a typical “I’m terrible at staying off the grid” thing and decides to leave secure Resistance HQ to go get help from her brother to find Reed. Her brother could, I think, call his congressman or something. It’s very stupid, like debating which credit card to bring when you’re being chased by the government. Meanwhile, Reed is slowly realising the terrible consequences of his deal with Sentinel Services as he’s being forced to play out his part in a sting. And Blink is trying to relearn how to use her powers after last episode when they went completely nuts. Of course, Reed decides at the last minute that he’s not giving up the Resistance and throws himself out of a moving van; and of course, Kate’s brother’s neighbourhood finds out that the Struckers are there and everyone rounds up a posse. But the Resistance shows up to help the Strucker family get away, and after a really tense chase with the locals from this Atlanta suburb, they do get away, but not without Beautiful Dreamer using her smoke/memory power to trick Blink into having something to care about on the mission so her powers came back.

This is a Morlock episode of a Morlock show because, like the famous underground mutants, the stories started off pleasantly and kind of in a good place, and then went completely to hell mostly because of human prejudice. Take any original Morlock: Annalee was a nice older lady who loved kids, whose kids died and the new ones she keeps trying to adopt all have parents. Or Caliban, who really wanted to have a lot of friends, and eventually got turned into the Horseman of Apocalypse, War. Or Leech, a cute green alien-looking kid who really wants a hug but turns off your powers if you lean in on him.

This show has the same kind of tragedy, but it also takes the Morlock premise and makes it central to the story. Mutants go underground and become Morlocks because they can’t “pass.” This society seems rigid enough that mutant DNA and the threat of what happens to X-gene positive people that they just preemptively go underground.

It’s stressful and sometimes depressing, but it’s also really well made and a greater examination of the central X-Men metaphor than a lot of other comics, cartoons, tv shows or films out there.

– I know I’ve never heard the word “magnetosphere” said out loud before, but I certainly never pronounced it in my head the same way as the villain. But then again, unlike Lorna, I am not his daughter.

– We get the origin of Clarice’s face marking, and thank GOD it’s not like it is in the comics, where I’m fairly certain it’s tied into Apocalypse’s death cult, the Clan Akkaba.

– I also realised this was a Morlock show when so many of them got namechecked on the show. When Beautiful Dreamer (an original Morlock) is trying to convince Thunderbird to let her use her powers on Blink, he says “Remember Walker? Eve?” Eve is likely Electric Eve from Geoff Johns’ Morlocks miniseries. Walker is, I bet, Typhoid Mary, a Daredevil villain with a variety of psychic powers who was also at one point a Morlock. And we got some extended time with Shatter as well.

– Speaking of Morlocks, I bet the woman who took Reed’s pain away was Annalee from the comics. Annalee was a Morlock who first showed up in Power Pack and could project her own emotions onto others. Annalee also really liked having kids, which is why she adopted the Power Pack after hers died. That’s a little heavy.

– My first thought on the mutant who takes Reed’s pain away was “Oh crap, is that Threnody?” It was not, fortunately. Threnody was Nate Grey’s girlfriend, and she turned the energy released by a person dying and turned it into an energy beam.

– Never trust telepaths. Beautiful Dreamer isn’t the only X-universe character who used her mind powers to not be terribly helpful. See: Xavier, Charles.