The Gifted episode 1: every X-Men and Marvel Easter Egg 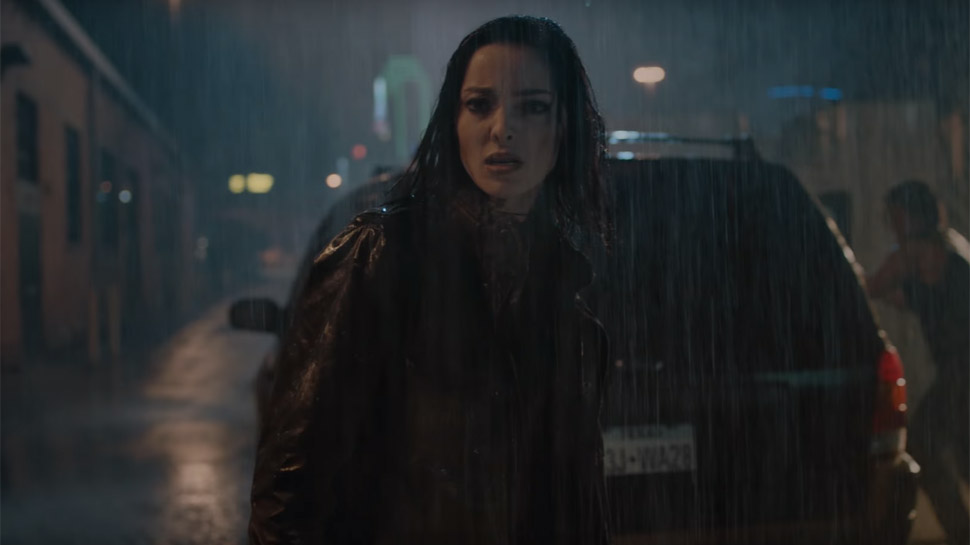 With The Gifted, the X-Men get a TV show that’s not a weird 60s trip or some early 90s Matt Frewer nonsense. And because they’re digging through 50 years of continuity, we’re here to help you catch every reference, joke, allusion or sight gag we can.

– The first mutant we’re introduced to is Blink. Clarice Ferguson was created by Scott Lobdell and Joe Madureira in 1994 as part of the Phalanx Covenant event. She was a member of the Generation X era of students, but she died helping them escape their techno-organic captors. Despite only being around for about four issues, she was massively popular, and given a high profile role in the big X-crossover “Age of Apocalypse.” She was one of only a handful of characters to be exported from that timeline, and eventually her mainline Marvel universe form was resurrected.

Later on, we find out that she can’t teleport somewhere if she can’t see where she’s going. That is not traditionally part of Clarice’s power set – that’s actually Nightcrawler who has that issue. – The second mutant we see is Thunderbird, later confirmed to be John Proudstar. John was a member of the Giant Sized-era team, a native American with enhanced strength and senses that he often used as a tracker. He was created by Len Wein and Dave Cockrum in 1975, and he died shortly after his introduction, killed at the hands of Chris Claremont and Count Nefaria.

– We then round out the team with a new character created for the show, Marcos Diaz, who can shoot beams of light of varying intensity from his fingers; and someone we later discover to be his girlfriend: Lorna Dane. Polaris was created by Jim Steranko and Arnold Drake in 1968, and for the longest time she was partners with Alex Summers, Havok. Lorna has, at varying times, thought she was the sister of Savage Land villain Zaladane because both of their names ended with Dane, and that she was the daughter of Magneto, because they both have magnetism powers. Of course, that’s not terribly far fetched in a world where Cyclops discovered who his true father was by seeing his own reflection with a moustache: she is, in fact, the daughter of Magneto.

– We first meet one of the main characters in a school hallway drawing a wolf. The main family is named Strucker, which is a pretty big red flag, especially when there are prominent sibling Struckers, but it doesn’t look like much will come of it here. Andy and Lauren Strucker are both students at the school, and we later find out that they both have mutant powers: Andy is a powerful telekinetic, while Lauren can generate force fields. This is very different from their comics counterparts, where they were known as the Fenris twins, and their powers were being 80s Eurotrash cartoons. Also they could fly and shoot energy beams from their hands whenever they were in physical contact. DO NOT google what happened to them later on.

– When we first meet Andy, he’s drawing a wolf or a wolverine while his parents talk to the Principal. I have two different theories on this: one is that it’s a reference to his comics grandfather, Baron Wolfgang von Strucker. The Baron was a Nazi bigwig with a mechanical, energy-shooting claw for one hand. You may remember him from getting his ass kicked in the opening moments of Avengers: Age Of Ultron.

– For a second, I got excited that the school they were attending was Bayville High, from the great but mostly forgotten X-Men Evolution cartoon. Alas, it was Bellville.

– After her capture, Lorna is kept in a clear plastic prison cell, which is very reminiscent of the glass cell they kept Magneto in in X2.

– Anti-mutant laws and hysteria have a long history in the comics, starting with the Mutant Control Act that was the basis for the original “Days of Future Past” story in 1981’s Uncanny X-Men #141. Since then, we’ve seen the Mutant Registration Act (1984), the Superhuman Registration Act (2006), the Sokovia Accords (Captain America: Civil War and Agents Of SHIELD), and Proposition X (2009), among others. – The cracked-slate looking guy in mutant underground headquarters is Shatter, a mutant created by DC Comics chief creative officer Geoff Johns in the four months he worked for Marvel back in 2002. Shatter is a mutant who discovered his power of indestructability when he attempted suicide. The gunshot only left the one break on the side of his head.

– “Sentinel Services” is a reference to the classic X-Men baddies, the Sentinels. These giant mutant-hunting robots first showed up in 1965, created by Stan Lee and Jack Kirby. They started out as giant purple and blue robots, and have since evolved into everything from giant pets in Sean McKeever’s Sentinel to microscopic nanites in Grant Morrison’s legendary run. They also played a huge role in X-Men: Days of Future Past the movie, where they and their creator, Bolivar Trask, were the main-ish villains.

– Speaking of Stan Lee, we get the requisite cameo from the Marvel legend walking out of the bar as Stephen Moyer walked in.

I think this takes place on the same timeline as Logan, only ten years earlier and before the introduction of the x-gene killing GMO corn. First of all, the references to the X-Men and the Brotherhood (“We don’t even know if they exist right now.”) feel reverential to the point where the teams have become part of the myth, which tracks with the comics Laura had on her in the movie.

Meanwhile, there are a tonne of Wolverine Easter Eggs. There’s Andy’s drawing, which could have been a wolverine. There’s Marcos’s phone ringtone, which is, I believe, the portion of the 90s X-Men cartoon theme song that tracks to Wolverine’s appearance. Then there’s everything at the bar, from the song (“Please Don’t Let Me Be Misunderstood” by The Animals) to the glowing picture of the wolverine behind Marcos, seems to be designed to reference Wolverine and the movie Logan.

Agree? Disagree? Let me know in the comments. We’ll be back with more The Gifted next week!