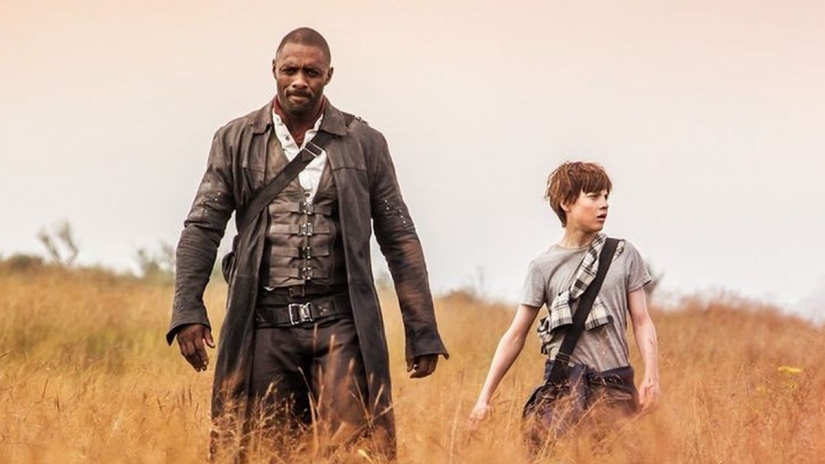 Stephen King's The Dark Tower finally makes it to the screen. And not without problems…

The consensus among fans of Stephen King’s epic fantasy novels seems to be that the long-gestating film adaptation of The Dark Tower has forgotten the face of its father. This isn’t going to be one of those reviews, as it comes from a Dark Tower newbie who has yet to read the books, but judging it on its merits as a film, it’s not a whole lot better than that.

As adaptations go, it’s come out of long spells of development by JJ Abrams and Ron Howard with a killer idea – it’s billed as a continuation of the series, in which its events take place over again at some point after the final book. You’d expect that this approach will offer a new story for the experts and a jumping-on point for the newbies, especially as Sony hopes this will spawn a multimedia franchise across TV and cinema. Sadly, the end result feels executive produced to death.

In the film, 11-year-old Jake Chambers (Tom Taylor) is troubled by recurring nightmares of another world, where a man in black (Matthew McConaughey) assaults a dark tower that stands at the lynchpin of existence. In these visions, Jake discovers that there are many worlds, and all are under threat if the man in black should succeed.

When Jake learns about gunslinger Roland Deschain (Idris Elba), he is drawn to a portal that leads from New York City to the post-apocalyptic realm of Mid-World. Roland reluctantly takes him under his protection, and the man in black and his minions hunt them both, in the hope of using Jake’s latent psychic abilities to destroy the tower and bring darkness and fire down upon all of reality.

As someone who has felt a bit weary of franchises that try to turn everything into a cinematic universe, I was flummoxed by how closed off this film feels. It left me wanting more, but only if under entirely different creative direction. It’s 98 minutes long, but it looks like there was that much again left on the cutting room floor. But strangest of all, it makes no indication that it’s intended to start a franchise, even though that is all that has been planned for the last decade or so of development.

Although director Nikolaj Arcel (A Royal Affair) rewrote the script with Oscar-winner Anders Thomas Jansen, it’s hard to tell if they messed up from the writing onwards, or if it was really just noted to death by the studio, as it appears. In either case, the blame probably lies with Akiva Goldsman, who has a producer’s credit and plenty of previous form for this sort of nonsense.

It even resurrects some dead-and-buried cheats for adapting fantasy for the screen, for little to no apparent reason. It’s as if Guardians Of The Galaxy and Warcraft never happened, as mythic heroes and concepts are dragged down to modern-day Earth (or Keystone Earth, as it is called) whenever possible. The film (whose fourth credited writer is The Amazing Spider-Man 2‘s Jeff Pinkner) progresses from setpiece to setpiece in the same bland and functional fashion as countless other Goldsman scripts, and his broad brush stroke is as distinctive as a big, stinky fingerprint.

But on the positive side, it’s testament to Elba’s performance that he’s consistently the best part of the film, whether unloading both barrels at enemies and other beasts, or doing a bit of Star Trek IV business in any of the contrived comic relief moments in New York. The film just cannot get out of his way, no matter how he proves himself as Roland. It goes on all the way through too, as his one cool ‘hero shot’ shootout is followed by a pair of rushed, weightless fight scenes in a row before the end.

The rest of the cast barely measure up to him. Top-billed and loving it, McConaughey drawls devilishly as the evil sorcerer (here named Walter to avoid Quicksilver-style contractual conflicts with other studios), but has all the actual malice of a Vegas stage magician. With young Tom Taylor doing his best Morty impression throughout, you long for a Rick Sanchez to appear and call out Walter for snarling about his “magicks”. Where Elba goes right, McConaughey is all wrong, all wrong, all wrong.

But when the material’s not there, it looks like a hard film to be good in. It’s extraordinarily complacent, neither playing to fans (short of some blatant nods to The Shining and more subtle Easter eggs from King’s wider canon) nor newbies. Like the same studio’s Emoji Movie, with which this film swapped release dates, it feels designed for a ‘once and done’ viewing experience, which is utterly counter-intuitive if they had any hope of doing justice to the story.

Ultimately, there was no obligation to make The Dark Tower, but when you watch it, that’s how it feels. It’s delivered like a necessity of accounting; a simplified, paint-by-numbers adaptation designed to write off the cost of development thus far before the rights reverted somewhere else. But it’s too mediocre to be truly awful.

Honestly, Elba is so good as to make it worth watching even when the material isn’t there for him and it does mine some interesting stuff that you’re not gonna see in many other films. But as it stands, the gunslinger follows the man in black across the desert, and the film comes stumbling after.

The Dark Tower is in UK cinemas now.