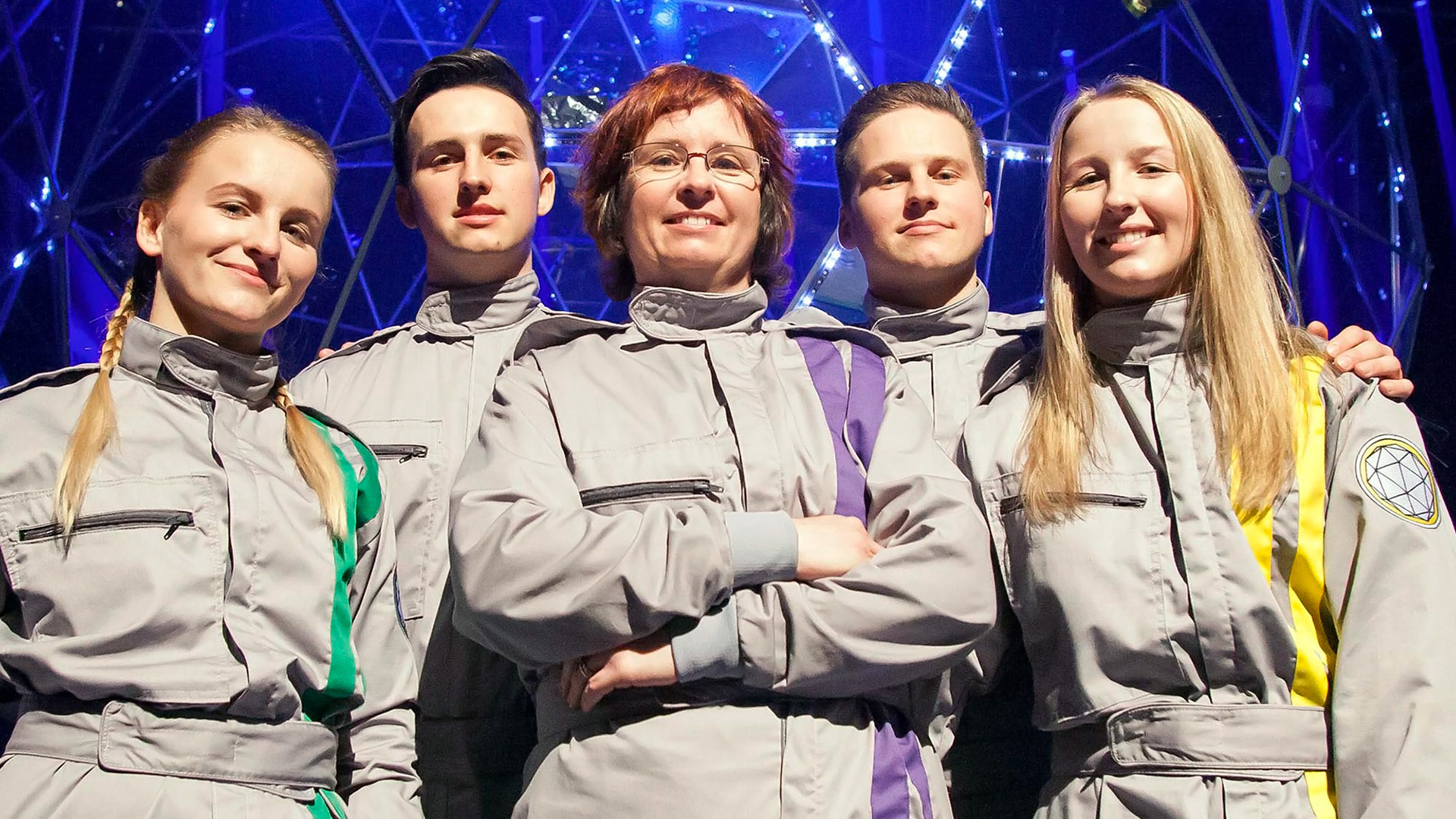 The Crystal Maze returns free of celebrities for the first episode of its civilian run, and it’s as much fun as ever. Perhaps even more…

Do you know something? I’m starting to wonder if celebrities aren’t necessarily our best and our brightest. Their superior dental work may create the illusion of preeminence, but take away the pricy veneers and what are you left with? A bunch of protein powder-guzzling berks who couldn’t logic their way through a simple combinatorics puzzle if Cancer Research funding depended on it.

No, what you need in a pinch isn’t a celebrity, it’s the Watson family. Come the apocalypse, theirs is clearly the door to knock upon. It’s in Perth, Scotland so if that’s round your way, Bob’s your uncle.

The Watsons, the first civilian team to take on the 2017 Crystal Maze, were free of uncles of any stripe. They played a mother, two brothers and twin sisters, a formation that served them well. Mostly well. One team member lost both crystals, but common decency and a general respect for the work of mums prevents me from having any fun at her expense. Considering that Fiona probably drove the lot of them from Perth to Bristol in her Vauxhall Zafira, we’ll call it even.

The next generation of Watsons tackled the Maze with the kind of ruthless efficiency that made Mussolini’s trains run on time. For the first four games, they were a crack team: in, crystal, out, bosh. The Aztec totem pole? Done. The pictogram brick memory game? Done. Shooty water cannon? Done, done and done. They could have filmed a whole other game snow in the time they saved by winning crystals at light speed, fitting in a few rounds of The Chase perhaps. “This is actually becoming boring, how well they’re doing,” said Richard Ayoade and he’d have been right if there was anything boring about tracing the fine fissures of tension running through a hyper-competitive family.

That’s where the decision to use contestants who applied as a team this time around is genius. Nobody’s ever as horrible to anyone as they are to their family. At times of stress, stupid unconditional love frees us all up to be our worst selves in front of close relatives. It all bubbles up, decades-old resentments and rivalries, in-jokes, passive aggression, actual aggression…

Family game shows are a treat for eavesdroppers everywhere. If you’ve ever lingered longer than is necessary in a public place just so you can find out precisely why a bunch of strangers on the next table is fuming with Auntie Barbara and why this is even worse than that time with the hedge trimmers, you’ll know what I’m talking about. The celebrity teams could never afford to put this much interpersonal strain on display.

The absolute highlight of the Watson family performance, for instance, had nothing to do with their many, many successes. It was the moment when, on learning that team captain Catriona’s next game involved a set of riddles, her loved ones collectively recoiled in pain. “She can’t do riddles,” they wept, heads in hands. “Physically, I can’t do riddles,” confirmed Catriona. Which box of Christmas crackers and subsequent bust-up led to the Watsons making that grave realisation?

Although I’d quite happily leave Catriona in sole control of the British Navy and expect to find it ship-shape and Bristol fashion a year later, it turned out that she was right. She physically can’t do riddles.

The winning streak had reached its end before the captain got miffed about penguins though. A few games back, Fiona first fell at the same drainpipe-building hurdle that thwarted Spencer from Made In Chelsea. Then she fell again at the synonym dominos, which was a pity/shame/let-down.

(A point of order here for Richard Ayoade, who enjoyed a few digs at the comfortable window of time Fiona allowed herself to get out of each room. Mums have to leave loads of time before going out, Richard. It’s so they can find everybody’s shoes.)

A word now on this week’s games, the majority of which were new to us and therefore enormous fun. The floating asteroid game, in which Chris had to plug in a massive hoover tube while avoiding some papier mache craters made for particularly arresting telly.

But The Crystal Maze can be a cruel mistress, and she’s never crueller than when luring a contestant into a false sense of security with easy sums before turning the tables and revealing they’d actually been playing a memory game all along. ‘Mwahahahaha’, said the Crystal Maze when Paul got locked in. ‘We feel nothing’ said his loving family. Like some kind of dystopian Utilitarianist taskforce, the Watsons had an algorithm to determine the precise point at which it benefitted the group to rescue their brother. Don’t get into an overloaded hot air balloon with this lot is my advice.

Richard Ayoade in natty shoes and pink corduroy continues to be a dream fit of a presenter. This week proved him to be an equal opportunities awkwardness-creator – no celebrity too big, no family too small. Game show contestants should be reminded of the inexorable progress of their own mortality every so often. It does them good.

This show does us all good. Enjoy York Dungeons, Watsons!