The Child In Time review 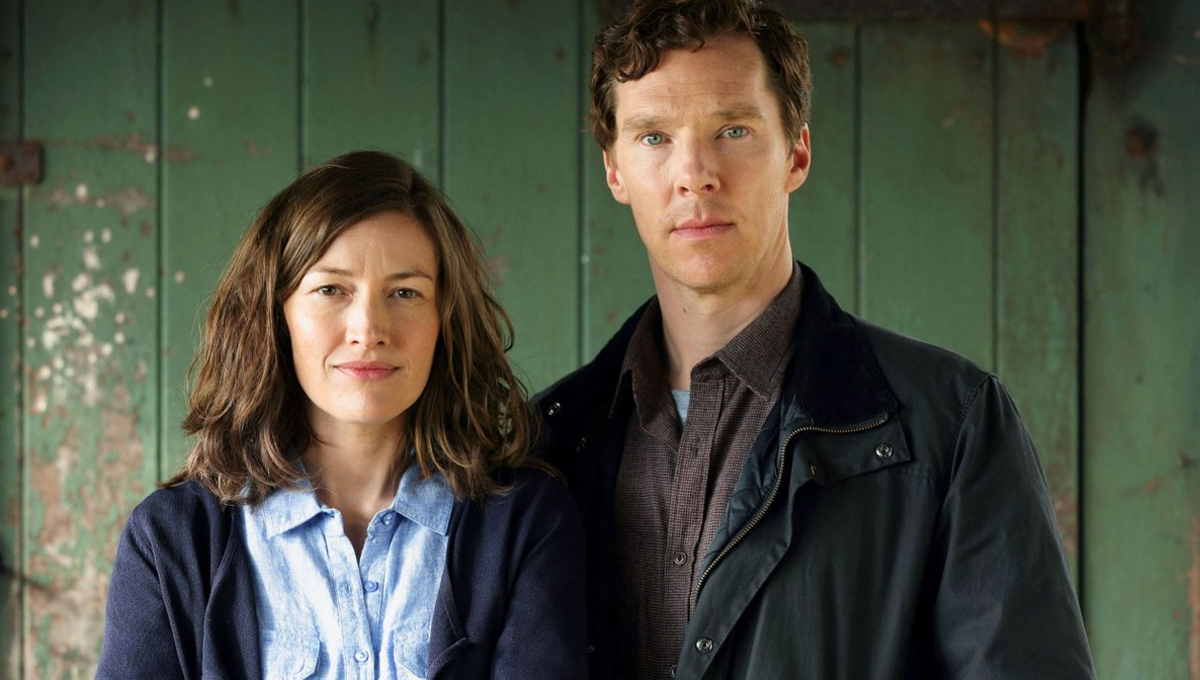 The BBC adaptation of Ian McEwan’s The Child In Time is a sensitively told story about resilience. Spoilers ahead…

“Keep breathing”. The final words from Benedict Cumberbatch’s character in A Child In Time are a summary of its message. Through trauma and though loss, the film urges, keep going. Keep breathing.

When their three year old daughter Kate goes missing from a busy supermarket, central characters Stephen and Julie (Cumberbatch and Kelly Macdonald) suffer the kind of loss from which recovery seems impossible. Kate is never found and her fate is never told. She spends the film both alive and dead, a presence and an absence.

The Child In Time though, isn’t Kate’s story; it’s Stephen’s. And it’s resolutely a story about emotional resilience, not child abduction. In the years following Kate’s disappearance, Julie and Stephen fall apart and rebuild themselves separately, coming together in the film’s last moments with the symbolic birth of their unexpected second child, Kate’s brother.

Aptly for a story about the oddities of time, the film flits back and forth along Stephen’s timeline, starting with the most devastating moment in the aftermath of Kate’s disappearance, jolting forward to years later, then back and forward again. We see Stephen’s flat empty, then filled with trinkets and life, then empty, then full. The chronology play prepares us for the story’s more unusual elements – a moment of what seems to be time travel outside a coastal pub, and Julie and Stephen’s respective sightings of their unborn son as a boy on the beach and on the London underground.

Stephen Butchard (The Last Kingdom, Vincent) has done a sensitive job adapting Ian McEwan’s 1987 book, a literary novel that doesn’t scream out its suitability as a Sunday night drama. A caustic social satire and exploration of time wrapped around domestic trauma, the novel has less plot and more theoretical physics than we’re used to seeing in this slot. Whatever the trailers might have suggested, a missing child thriller it isn’t.

Butchard hasn’t chucked out the book’s curiosities, but chiselled them down so they fit inside ninety minutes. He and director Julian Farino (Marvellous, Entourage) have included comic elements of McEwan’s political lampoon, and the aforementioned moments pointing towards a larger mysticism at work behind the scenes. Not all of it coalesces, but the result thankfully isn’t—as adaptations of tricky novels can often be—bland.

At the forefront is Stephen’s emotional trek from devastation to cautious rebirth. It’s a story that leans heavily on Cumberbatch, and one he handles well. He’s very sympathetic as Stephen – funny and sad with an endearingly British repertoire of swearwords. As romantic leads, he and Macdonald (natural as air, like always) are tender without being sentimental. You like them and want them to pull through.

Stephen’s friendship with Charles and Thelma, who start off as his ersatz parents (“Who’s going to look after me?”) and end up something much trickier to parse, also shows him in a good light. When Charles (Stephen Campbell Moore) retreats into a complicated fantasy life as a pre-pubescent child, Stephen is exasperated but patient. More patient still is Thelma (Saskia Reeves, whose thoughtful performance sells this very odd situation), who waits for her husband to come out of his regression, but has to bury him before he does.

It’s unnerving how fully Campbell Moore commits to Charles’ humorous schoolboy scenes. His smile, his excitement, his lope… he becomes a forty-year-old child and it’s unsettling to see, much more so than if it were simply a kink playing out in a brothel somewhere. When we’re first introduced to him as a big-shot at dinner, flashes of childish behaviour—blowing a raspberry, getting excited about jam roly-poly—hint at what’s to come. As his own ‘child in time’, Charles’ story is almost as sad as Stephen and Julie’s. Sadder, perhaps, because they keep going while his exuberance comes to an abrupt stop.

It’s a mournful film, but a hopeful one, like its simple piano and string score. The script is earnest, and keeps mawkishness at bay with a sense of humour. “Perhaps he’s taken an anti-twat pill,” says Stephen’s dad showing enjoyably healthy disdain for authority. The comic moments cut through what could have been a suffocatingly sad hour and a half.

Survival is the thematic thrust. As Julie matter-of-factly tells Stephen, “A bad thing happened and we’ve got to live with it”. That’s what we watch them do, Julie through isolation and Stephen through magical thinking and Julie’s help. He learns how to keep loving his daughter even though she’s not there. She’s somewhere, the film suggests, in time, existing and not existing, all ages and none. (We mentioned McEwan’s thing for quantum physics didn’t we?)

An unusual film, then, likely to frustrate anyone expecting a resolution to Kate’s disappearance but rewarding for its performances and the comforting trust it places in human resilience.