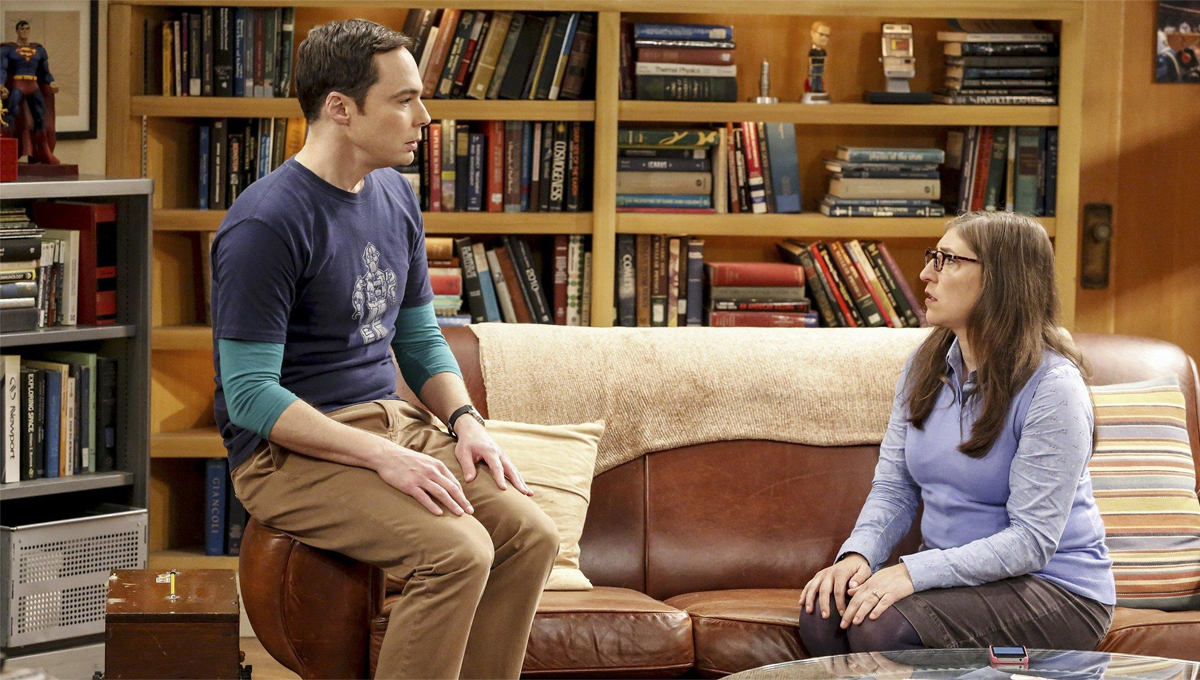 Bad behaviour abounds in the latest episode of The Big Bang Theory. Spoilers ahead in our review of The Tesla Recoil…

At this point in The Big Bang Theory’s life, it’d be hard to build a solid defence of any of the characters. At one point or another they’ve all acted like terrible people, and for once The Tesla Recoil sees the show really lean into that and exploit it not just for laughs, but also for drama.

I can see how this episode might be infuriating for a certain quadrant of the audience, but for me it felt more honest and – as a result – funny than a more traditionally light-hearted instalment.

When Leonard and Howard learn that Sheldon has been working for the military on a pitch he made to modify their navigation system, the guys are understandably upset. What started as a group project has now become Sheldon’s to take the credit for, and it feels all too familiar. They quickly resort to scientific name-calling, with Howard declaring that Sheldon is the Edison to their Tesla.

The opening scene in which the gang watch a documentary about the two rival scientists allows this joke to make sense, but as a concept it’s probably a little hard to grasp for the average audience member. The entire time I was thinking – who is this joke for?? The Big Bang Theory viewership is more made up of Pennys that it is Sheldons at this point, so the endless nerd banter probably gets a bit lost.

Regardless, Amy coaxes Sheldon into realising that he’s more upset that he’s offended his friends than he is about the insult, which leads to one of my favourite little moments of the episode. Sheldon believing he’s changing for the better when really he’s completely misunderstood puts a nice lampshade on the show’s propensity for having him learn a Very Important Lesson each week.

Eventually Leonard and Howard recruit Kripke to help them do the maths on an even better project than Sheldon’s, and quickly regret it when this third party steals it from under them. Colonel Williams is right – these two don’t have any leadership skills, and it serves them right.

So I’d wager that’s the end of the military storyline, but I said that last time.

Meanwhile, Bernadette is becoming suspicious of Ruchi as she remains on bed rest. After a slightly passive aggressive visit, Bernie decides that her co-worker is actively trying to steal her clients and position in the company in her absence – a worry that turns out to be warranted. She asks Raj to investigate and, after some creepy pillow talk, he tells his friend that she’s being a hypocrite.

I’ve made no secret of how I love when the show chooses to focus on the careers of the girls, and it’s with Bernadette that it’s been most successful. She ruthless and ambitious even when she’s confined to her bed with her uterus taking over as the ‘star of the show’, and Raj isn’t wrong when he points out she would probably have done the same thing.

Of course, this is precisely why I’ve been a fan of Ruchi as a girlfriend for Raj, but that looks like it’s over too.

Overall, despite the terrible behaviour from pretty much every character, this episode at least managed to maintain a consistent theme across both it’s A and B stories. Based on The Tesla Recoil, the show could stand to do that more often.