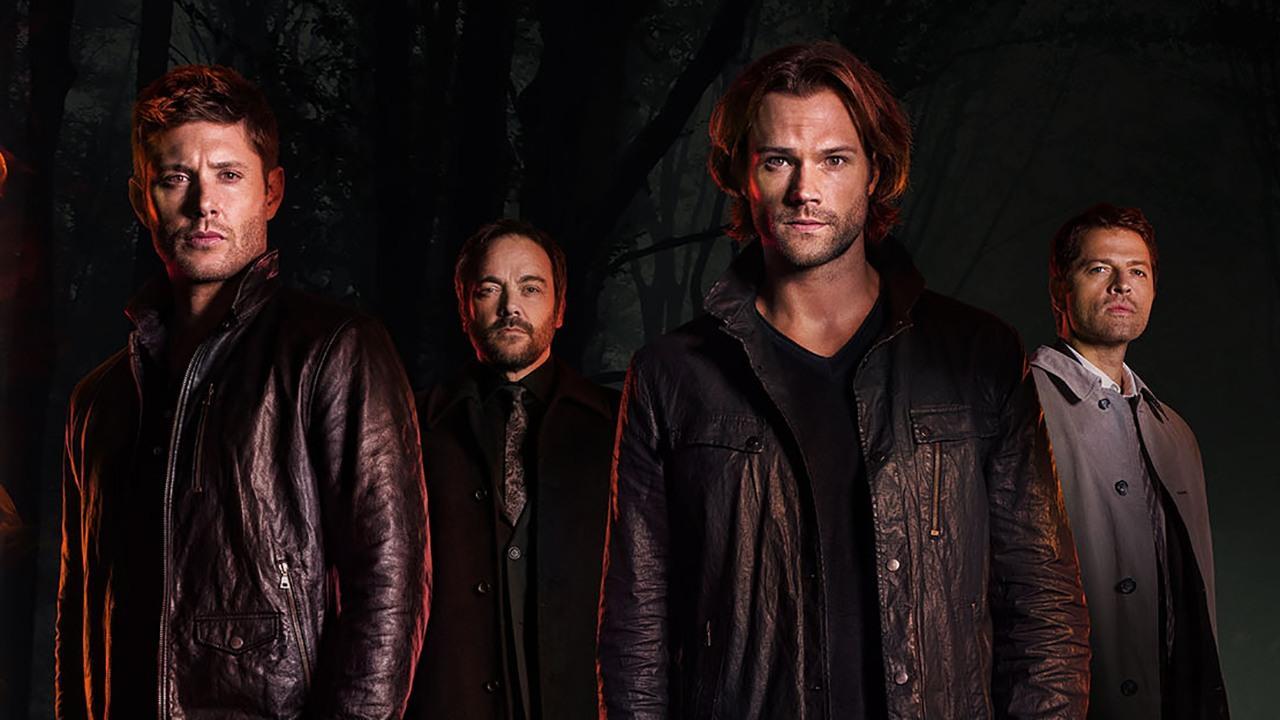 Spoilers ahead for Supernatural season 12…

Now that Crowley’s finally kicked the bucket, and Lucifer’s trapped in another universe, who will step foward to be the ruler of Hell in the new season of the beloved, long-running CW show Supernatural?

“There is a power vacuum,” showrunner Andrew Dabb told EW. “Into that power vacuum will step a new player for us. Once Crowley is gone, demon-kind and some of our players — some we’ve met before and some that are new — start asking themselves: What is the future of Hell? People come with various different agendas.”

Hmm, that’s not very specific, but our US chums learned a lot more when they arrived at SDCC for the show’s panel. Read on…

Although there wasn’t a preview trailer at the Supernatural panel at the 2017 San Diego Comic-Con, the cast and crew dropped quite a few hints to help us speculate about what we can expect to see in the upcoming thirteenth season. They also gave us some surprising insights into behind-the-scenes moments from previous seasons.

Here were the best moments… The plight of Lucifer’s son

Lucifer’s little boy has arrived and rapidly grown into a teenager. Supernatural season 13 will look at what this character means, and how our main characters will react to him.

Jack’s origin causes a moral dilemma, being half mortal and half Lucifer.

Sam will be of the more cautious, optimistic camp, wanted to see if Jack is really bad before making any moves. Showrunner Andrew Dabb pointed out that, with Sam’s conflicted past and his supposed destiny to be evil in past seasons, he might be more sympathetic.

Jack certainly is half Lucifer but he’s also half Kelly Kline who was a good person. Sam – ever the optimist – is trying ot figure out what to do and Dean, being Dean, shoot first ask questions later.

To Dean, this creature means nothing but bad news. “I don’t know why anyone would want to ‘see how that works out.’ Dean’s a litle more practical: ‘I have an idea, let’s shoot it in the face,'” said Jensen Ackles.

We can expect a bit of a rift between Sam and Dean about what approach to take with Lucifer’s kin. The Supernatural crew has been known for pulling pranks on each other. Some of it has ended up in the gag reel, like when Padalecki and Ackles were sent back into the sewer for another take and had a bucket of water dumped on them. Padalecki and Misha Collins especially have continuously one-upped each other with pranks over the seasons.

A week before the convention, Padalecki was in Chicago and saw his Twitter has gone crazy in the early hours of the morning. He received one text from Matt Cohen (Young John Winchester) that simply stated: “Dude. Twitter.”

Padalecki: “That’s the last time I hand my phone over to Misha Collins.”

Collins: “In all fairness I think it was two years ago at Comic-Con that … you grabbed my phone while we were signing and apparently I posted ‘I hate fans’ which is a great thing to post at Comic-Con. And for the rest of the signing everyone was coming up to me like ‘Ugh!’”

All this time and they still prank each other. It’s really endearing.

The fate of Mary Winchester

Mary stepped into the apocalyptic alternate earth to become trapped with Lucifer at the end of Supernatural season 12.

Executive Producer Bob Singer gave some key – but vague – insights. He talked about how Sam believes that Mary went through alive and could still be alive, while Dean does not, which will cause another point of friction between the Winchesters.

One mission for the season could be ‘Let’s Find Mom’ much as season 1 had been all about finding John Winchester. Don’t be too worried about Mary’s demise though fans. “Spoiler Alert: Mom is not dead,” said Singer. Bob Singer and Andrew Dabb hinted at all the possible returning characters that could make an appearance in Supernatural season 13, thanks to the apocalypse world.

Andrew Dabb: “We’ve got some cool characters coming back both in our world and in the apocalypse world so that’s the fun of it. Some people who have been long dead in our world are less dead there.”

Confirmed returning are Missouri Moseley (the psychic from season 1!) and Sheriff Jody Mills. These two will likely return together in the backdoor pilot for Wayward Sisters (see below).

The possible key to the other universe

Andrew Dabb talked about Jack’s tie to Lucifer and this other dimension. As the boys find a way to search for Mary Winchester and bicker about what to do about Jack, they may come to the realisation that Jack is the key to reopening that other world.

Jared and Jensen once switched Dean and Sam’s lines

Most fans know that Jensen Ackles originally tried out to be Sam Winchester. Well they actually did switch things up at one point, but it was lines in a scene.

Padalecki and Ackles told the story of how, in one scene that didn’t quite work, they approached Bob Singer and asked to switch Sam and Dean’s parts. The scene had already been blocked and lit, so this was really the 11th hour to be changing things up so drastically.

After Singer saw them re-rehearse the scene with the flipped lines, he agreed that the scene worked better that way and they made the change. Jared became too emotional during ‘Croatoan’

Season 2 episode Croatoan showed a town wiped out by demonic plague. The episode teased Sam’s demise when he’s infected with the virus. Jared Padelecki explained that the thought of losing Sam’s character hit him especially hard, and his emotions during one take of the scene were all too real.

Padalecki: “I was crying, crying way too hard.”

Ackles: “It was embarrassing, really.”

Padalecki: “But they weren’t Sam’s tears. Bob [Singer] came up…he’s like ‘Hey that was a really great take. I want you to take a minute and just dial it back a little bit.’ It was gentle and kind and honest as a director to go to an actor who just broke down and be like ‘You clearly went somewhere and it was touching, but that wasn’t Sam.’”

Earlier seasons have tried launching spinoffs of Supernatural. One was teased for Samuel Colt, which never got past gossip-level. Then there was a botched back-door pilot for the Chicago-based Bloodlines, which most fans agreed would not hold up as a series.

This time, things are progressing well for the series Wayward Sisters. You’ll see Kim Rhodes returning as the fan-favorite Sheriff Jody Mills. Brianna Buckmaster will also return as Sheriff Donna Hanscum. New character Patience Turner, played by Clark Backo, will be the granddaughter of Missouri Moseley, the psychic from season 1. Loretta Devine will even return as Missouri.