Stranger Things set to run for four seasons “and then out” 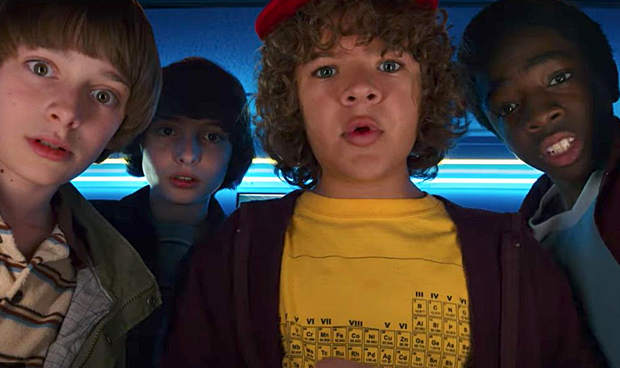 While Netflix’s Stranger Things is confirmed for season 3, creators the Duffers hint that season 4 could mark the finish line.

Stranger Things has certainly made a surprising pop culture impact in a short amount of time and October’s season 2 debut of the Netflix retro-horror series could stand as one of the streaming giant’s biggest premiere events. Yet, while Stranger Things has just been preemptively confirmed for season 3, creators Matt and Ross Duffer also hint that the end may be nigh after season 4.

The Duffers made some potentially crucial comments in an interview with Vulture about the lifespan of the still-burgeoning series. With its supernatural events set in Indiana in the early 1980s, the series has sparked special interest with its spectacular synthesis of retro Stephen King-esque horror aesthetics and geeky pop culture callouts that simultaneously feels old and new.

Yet, the Duffers, in a moment of apparent candor, provide a realistically-minded timetable for the series. Ross Duffer said that “we’re thinking it will be a four-season thing and then out.” By then, the original band of adorable preteens will be ready for higher education. “We just have to keep adjusting the story,” says Matt. “Though I don’t know if we can justify something bad happening to them once a year.” With Ross adding, “They’re going to have to get the fuck out of this town! It’s ridiculous!”

The comments do sound off-the-cuff and just slightly short of an official confirmation that the Duffers are calling it quits after season 4. However, they also provide insight into the mindset of the Duffers when it comes to the overall arc of the story relating to where it rests right now. Season 1 focused on the mysterious disappearance of young Will Byers (Noah Schnapp), the escape of psychic experiment Eleven (Millie Bobby Brown), attacks by a horrific monster the kids named the Demogorgon and the connection of those events to the dark, reality-mirroring, Upside Down dimension. Season 2 will introduce new characters and focus on ensuing supernatural implications of Will’s interdimensional ordeal.

Furthermore, Ross Duffer provides a possibly revelatory comment on the bigger picture regarding the siblings’ season 2 approach when he mused “I told Matt, ‘I don’t want to call it season two, I just want it to feel like a movie sequel.’ If you have a successful movie, No. 2 is always a little bit bigger.”