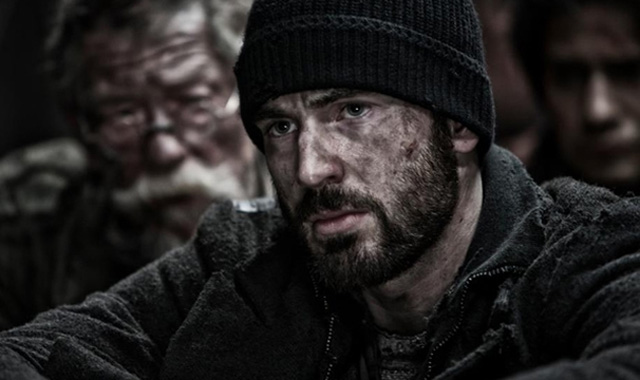 Chris Evans’ comic book movie Snowpiercer is being remade as a TV show, with Daveed Diggs and Scott Derrickson on board…

Despite the film’s troubled route to UK cinema screens, we have a lot of love of for the Chris Evans and Tilda Swinton-starring comic book movie Snowpiercer here at Geek Towers. Massive Hollywood stars trapped on a train filled with class warfare… what’s not to love?

We were intrigued to hear, then, back in 2015, that a Snowpiercer TV show is in the works. THR broke the news, telling us that Tomorrow Studios – an American offshoot of ITV – had picked up the rights to Bong Joon-ho’s 2014 Snowpiercer film.

More recently, in November 2016, we heard that Josh Friedman – who recently scripted the Avatar sequels – is attached as Snowpiercer‘s TV showrunner. TNT is the cable channel set to host the show in the States. Multiple scripts are already being written.

Today, another exciting update has dropped into our lap: Hamilton‘s Daveed Diggs is lined up to star in the show, and Doctor Strange helmsman Scott Derrickson will direct the pilot episode and executive produce the series. Exciting times!

Diggs’ character is Layton Well, described by CBR as “a prisoner barely surviving the harsh conditions in the tail end of the train.” Derrickson, notably, is also directing the pilot episode for Locke & Key, another comics-to-TV adaptation.

Snowpiercer, of course, is based on the French graphic novel Le Transperceneige by Jacques Lob, Benjamin Legrand and Jean-Marc Rochette.

We’ll bring you more as we hear it. More cast members and a vague release date estimate can’t be far off…