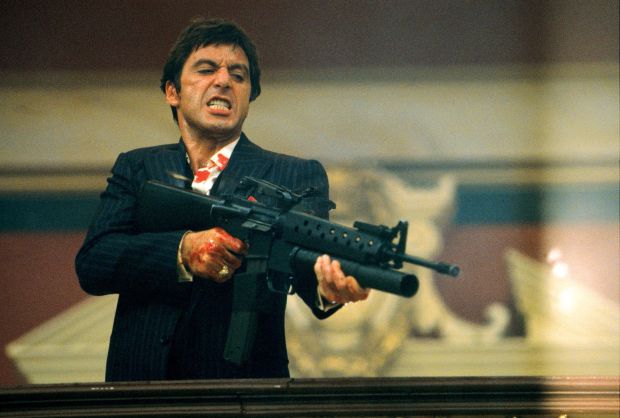 The planned remake of Scarface is having trouble keeping its directors. Antoine Fuqua was attached for a while, before his commitment to making The Equalizer 2 led to him leaving the project. David Yates had been linked, as had Pablo Larrain. But more recently, it seemed that it’d found its director in the form of Suicide Squad helmer David Ayer.

Ayer joined the project earlier this year, and got to work on a screenplay for the movie. The problem though is that he’s delivered said screenplay, and Universal isn’t keen at all.

According to The Hollywood Reporter, Ayer’s script is ‘too dark’ for the studio. It moved the action to the present day, switching it from Miami to Los Angeles. But it was the darkness of the script that became the issue. That, and Ayer is also developing Gotham City Sirens for Warner Bros and DC, which looks increasingly like being his next film once he’s done with his Netflix feature, Bright.

David Ayer, then, has now departed the new Scarface, and the hunt is on for a fresh director to take on the film. At least this version still has a star. Diego Luna has long been attached to play Tony Montana in the new movie.

Universal had been targeted a summer 2018 release, though, and we’d have to politely suggest that unless it finds its new director first, that’s a very long shot.

We’ll keep you posted as we hear more…