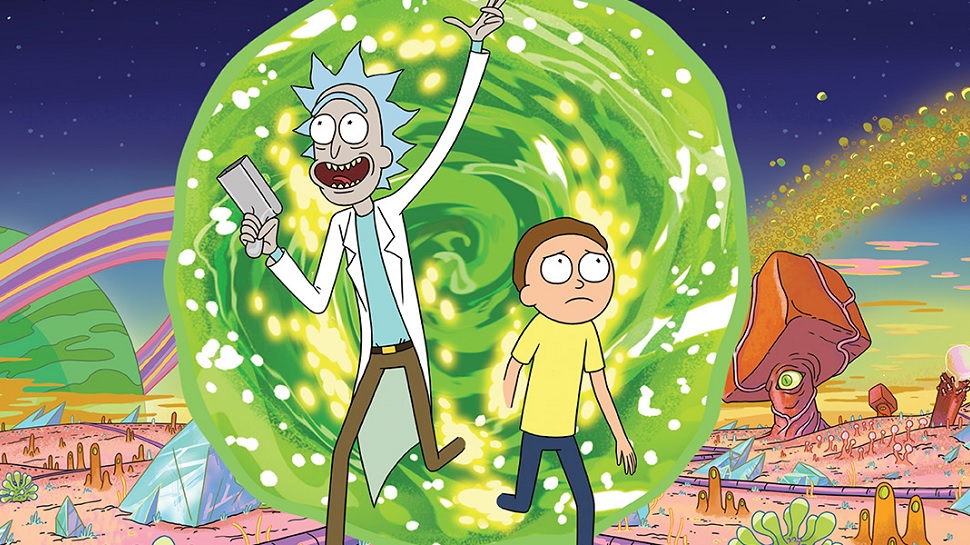 There's much more to Rick And Morty, which starts season 3 this weekend, than zany nihilism…

I’ve been sad for so long now, sometimes it’s hard for me to keep my eyes fixed on the ocean for signs of land. There’s this darkness that lives inside me, and I’ve tried for ten years to shake it out, with pills and therapists and bad ideas, but it’s still there, I feel as I’m not waving but drowning. It’s easy to not notice the difference. You’ll have to forgive me for starting out on such a sombre note, but I promise you its relevant – because I want to talk about the darkness, and I want to talk about the fact that for me, catharsis has come in the most unexpected form: Rick And Morty.

Cartoons have always been a great escape for me when things are rough, and on a practical level, that’s what Rick And Morty is: a device to transport myself from reality for twenty minutes at a time. My little sister introduced me to the show back when it first started – she said I’d like it because it was weird and hilarious, and sure enough I did, but that wasn’t why I loved it. I loved it because it was like holding up a mirror, and seeing my reflection right there on my laptop screen.

Now I’m not the Smartest Man in the Universe – I’m a chronically depressed woman who doesn’t understand physics, pensions, or dating. But I can relate to Rick Sanchez, the show’s often unpleasant protagonist, because hell, I’m kind of a mess too. I don’t say that to be self-deprecating – I say that because it’s true. One of the things that Rick And Morty captures best is that depressed people aren’t depressed all the time, and that a chronic emptiness can be replaced by a terrifying mania, or anger you don’t know how to control. I’ve pushed people away, I’ve made bad decisions, and I’ve been an outright nightmare for my family at times. There’s so much honesty in Rick And Morty about the reality of mental illness that I would have never expected to find in a cartoon about a time travel and aliens, and it’s this that elevates the show to greatness. Rick’s alcoholism, addiction and general irresponsibility are referred to constantly throughout the series. He and Morty travel from universe to universe, often leaving carnage in their wake, and it’s perfectly acceptable to primarily enjoy Rick And Morty for the comedy in their shenanigans, whether it comes from the conceptual ludicrousness or the gallows humour that the show delights in using. But Rick And Morty isn’t happy with just being funny, and there’s so much narrative depth to be found beneath its 2D surface.

Take Rick Potion #9 for example, in which Rick and Morty manage to ‘Cronenberg’ their original Earth, in Dimension C-137. The most harrowing moment of the episode comes in the closing sequence, when – having escaped their planet – Rick and Morty bury the corpses of their interdimensional counterparts. It’s a surreal, totally absurd concept, but highlights the magnitude of Rick’s inertia – whist his grandson struggles to come to terms with the carnage they’ve created, Rick can only shrug, as Look On Down For The Bridge by Mazzy Star plays in the background.

But that isn’t to say Rick doesn’t have his redeeming features. He’s shown to genuinely love Beth, Summer and Morty on numerous occasions, even if he’s more inclined to act than vocalise his feelings. The show demonstrates that family is a complicated creature, but that sometimes it’s all you have left. Rick knows that even when he’s deeply unpleasant his family love him – his daughter Beth welcomes him back into her life after years of absence, desperate to have him around again. Maybe that’s something worth living for – or maybe, as it seems sometimes, Rick can’t reconcile the things he’s done and the things he’s seen with the concept of living a normal life. Sometimes I feel that way too. Sometimes I’d give anything to be normal. In Auto Erotic Assimilation, after his reunion with former-lover Unity ends badly, Rick’s depression becomes even more apparent, and as he retires to his garage, Do You Feel It? by Chaos Chaos plays as he silently makes preparations to commit suicide. He passes out just before he can do it, and it’s such a bleak, pitiful moment in the show – and so excruciatingly honest for anyone who’s ever had suicidal thoughts. So often television shows and films make depression and suicidal thoughts out to be a glamorous affair, but Rick And Morty captures the true sense of pointlessness that many people suffering from a mental illness know only too well.

But Rick And Morty is a bonding tool, too – it’s formed a sizeable, loyal fan base, all eagerly awaiting the return of the show next week. It has its own subreddit, and many fans of the show have shared their own experiences of mental illness, and how they can relate to the show as a result. But for all the fan theories and length discussions, Rick And Morty doesn’t pretend to have any answers for the hard questions, and illustrates how sometimes things just happen – it’s the cosmic nature of the universe. A cartoon about how messed up everything is has proven to be the antidote to all the horror in the world right now, a brief respite from the pain.

It’s so much more than a zany nihilistic series about a mad scientist and his grandson having intergalactic adventures. Rick And Morty is all the madness and mania I’ve ever felt in cartoon form, and for that, I can’t praise it enough.