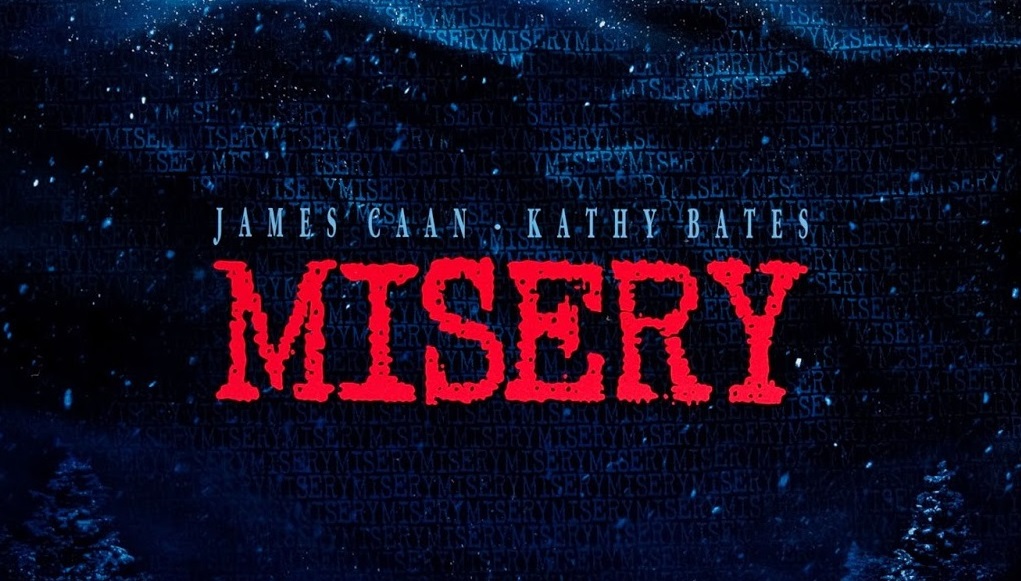 It won Kathy Bates an Oscar for her role as Annie Wilkes. We take a look back at the adaptation of Stephen King's Misery…

The film: Paul Sheldon (James Caan) has just finished a new book, his first since he decided to end his bestselling Misery Chastain series by killing off his eponymous heroine. On his way to deliver the manuscript, he crashes his car and is severely injured. He’s rescued by local resident Annie Wilkes (Kathy Bates), who just happens to be his “number one fan”. However, when Annie finds out that the author has killed off her favourite character, Paul’s recovery turns into a nightmare.

See related
Revisiting the film of Stephen King's It

By the time Castle Rock Entertainment started looking at potentially adapting Misery, Stephen King was feeling a little jaded because of the way his books had been treated in various adaptations. As a result, he had been refusing to sell the rights to his trapped author horror. Producer Andrew Scheinman had approached Rob Reiner about Misery and eventually, King was persuaded due to the director’s involvement in the now classic Stand By Me. Reiner’s versatility as a director and his affinity with King’s writing comes across again here as it did with his earlier King adaptation. He’s a great director of actors and draws out two career-highlight performances from his stars, Bates and Caan. Together with William Goldman, the quartet craft a film that is always an outright horror, but still find time to flirt with other genres as it explores the enforced relationship between Annie and Paul.

A particularly favourite scene is the one in which the pair have dinner, suggested by Paul in order to grant him an opportunity to poison Annie with his stashed pain medication. The scene straddles that fine line between horror and comedy. Annie, for her part, might as well be in a romantic movie where she finally gets to sit down with the object of her affection and clumsily messes everything up. It’s balanced with the tension of Paul trying to slip the drug into her wine, gleefully messing with genre conventions as it goes.

The way in which Annie is framed is often key to how unpredictable and unsettling she can be. The low-angled shots of her face make her tower over both Paul and the audience. Couple with the force of Bates’ performance, it feels so intimidating. When Reiner looms in for a close-up, it’s claustrophobic and confrontational. They’re often then replaced by the high angled shots of Paul in the bed so the power dynamic and the desperation of Paul’s entrapment is made clear even before Annie’s displayed any of her more violent tendencies. That simple technique can be overused to the point of losing its effect over the course of the film, but Reiner strikes a fine balance. Annie is never more terrifying than when you’re about three inches away from her face. Bates’ performance rightly netted her an Oscar, and the nuance she brings to such a monstrous role is easily what makes the film as effective as it is. Because Annie is such a horrible person, it would have been easy to slide into the caricature of a crazed and isolated woman driven mad by her obsession and a dark past.

Bates, however, adds in nuance at the edge of the insanity. She’s warped by a hardline Christian ideology. Annie’s lonely too, her house set out with exacting precision (as evidenced by Paul’s inability to replace a penguin that usually faces south), and the Misery Chastain books appear to be her sole indulgence. The reveal of her murderous history as a nurse further compounds her as a monster and Bates’ performance shifts accordingly. That tragedy disappears and Wilkes completes her transformation into an out-and-out villain. Credit too must go to James Caan, whose low-key performance perfectly balances with Bates’ towering Wilkes. Famously, the role of Paul Sheldon was offered to just about everyone before it landed at Caan’s feet. Warren Beatty was attached for a while, but wanted to turn Paul into a less passive character, a move which would have lost the film its key dynamic. However, when Beatty’s Dick Tracy production was extended, Caan took up the job, intrigued by the opportunity of playing a reactive character. He sell Sheldon’s desperation brilliantly, as well as getting a couple of wry comedic moments in there too (flipping the bird to a waving Annie in the garden is played to perfection).

Finally, one can’t talk about Misery without talking about that hobbling scene. It was changed from an act rather more severe in the book at Reiner’s insistence, and it fits much better with the atmosphere of the adaptation. The way the relationship between Wilkes and Sheldon builds to this moment is carefully constructed, laying the groundwork by establishing Annie’s attitude as well as Paul’s desperation to escape. When it finally happens, it’s a weird combination of relief at the tension break before it kicks back in and the abject horror arrives. As violent moments go, it’s one of the best. Misery is one of the great King adaptations, put together by Goldman and Reiner, both of whom seem to have a keen understanding of how to draw out the horror, humour, and tragedy in King’s text. It helps to have a leading pair with the acting chops of Caan and Bates, both of whom are at the top of their game, and Annie Wilkes is truly a villain for the ages.

Scariest moment: Although the film is peppered with plenty of little moments of horror, nothing can beat the moment Annie takes a sledgehammer to Paul’s ankles. It’s the “God, I love you” that makes the whole scene.

Musicality: Our Annie’s a big fan of Liberace and his arrangements of various pieces are scattered through the film, including Moonlight Sonata in the infamous hobbling scene. The macabre romanticism of the piece adds to the sheer nightmare that is that sequence.

A King thing: Human monsters. Sometimes, amidst all of his supernatural goings-on, his solely human bad guys tend to get lost. Annie Wilkes is probably the greatest of them all, a woman so committed to her particularly twisted perspective that she’ll do just about anything to keep it going. There’s a very easy comparison to be made with Margaret White in their respective religious zealotry and habit of imprisoning their wayward charges.

Join me next time, Constant Reader, for an encounter with The Lawnmower Man.