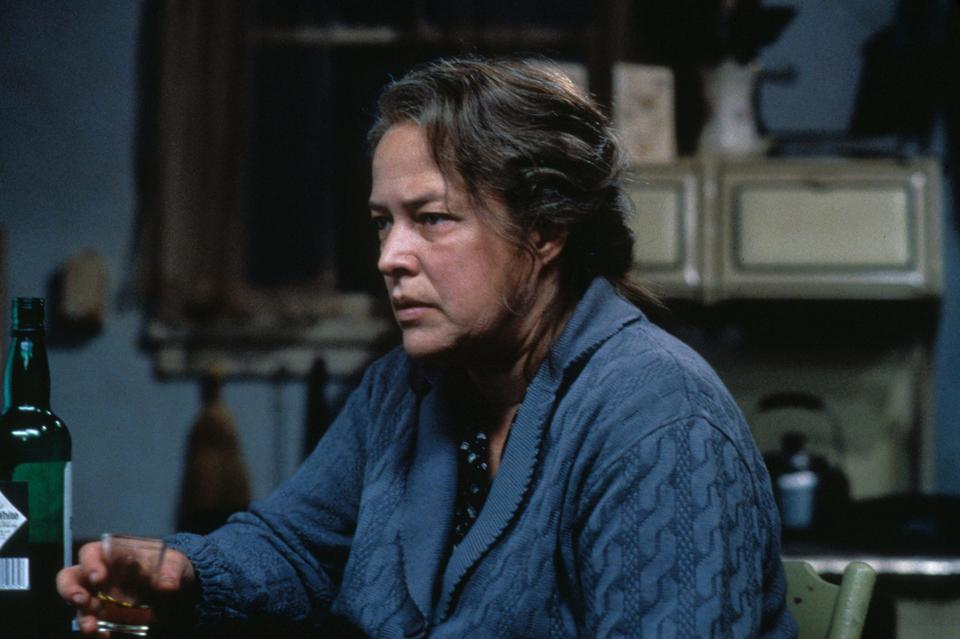 Dolores Claiborne is one of the more underrated Stephen King screen adaptations. Here, we take a look back…

The film: Dolores Claiborne (Kathy Bates) is found looming with a rolling pin over her employer, Vera Donovan (Judy Parfitt), a frail old woman who has just taken an eventually fatal tumble down the stairs. Detective Mackey (Christopher Plummer) is determined that Dolores is guilty, just as he is certain that Dolores was guilty of murdering her abusive husband (David Strathairn), whose death was ruled accidental, nearly twenty years previously. On discovering her mother’s arrest, Selena (Jennifer Jason Leigh) returns to her childhood home and the scene of many traumatic memories for both her and Dolores.

See related
Fast & Furious 9 has been delayed a year

I remember reading Dolores Claiborne for the first time very clearly. I was at home, taking a day off because I wasn’t very well, and needing to read something absorbing to take my mind off the fact I was grotty and full of cold. The book had been on our shelves for years. It was the perfect book to read in one sitting over the course of the day, an absorbing tale of one woman’s fight to protect her children. My clearest memory of all is Dolores’ voice. It’s unusual to have first person narration in a King novel, flitting as he does between characters and Dolores is the first character to be granted that honour.

Dolores’ voice is so clear, it’s easy to slip into her Maine accent as she’s reading, her personality shining vibrantly from the pages. It’s probably one of the more straightforward King novels to adapt; the narrative provides all the character conflict you need, both past and present story strands are compelling, and there are no real supernatural occurrences integral to the plot, aside from a brief connection with Jessie of Gerald’s Game. The two books were originally intended to be two strands of the same novel, but fortunately for us, King kept them separate. The novel takes the form of Dolores’ statement to the police after Vera’s death, telling the story of her relationship with her employer and how it connects to her husband’s death. It’s an intense, claustrophobic stream of consciousness without proper chapter breaks. Tony Gilroy chooses to take the story out of the interview room and into a domestic tragedy, the majority of the action taking place around the strained relationship of Selena and Dolores and creates an antagonist out of Detective Mackey, based on the novel’s medical examiner. It’s a clever move because it keeps Dolores central to the story. The flashbacks we see, aside from one crucial moment for Selena, are all from Dolores’ perspective and focus on her relationships with abusive husband Joe and the women around her.

For these are women who exist in a world of men, men who seek to divide them and keep them quiet. Whether it’s Selena and the editor she recently broke up with giving a story meant for her to another female writer, or Mackey’s determination to see Dolores sent to a prison for a crime she didn’t commit, the men of the story are almost universally terrible. Vera and Dolores’ relationship and the ease with which everyone believes Dolores murdered the woman she cared for is emblematic of the way patriarchal society ignores older women until they do something seemingly heinous. But these women are underestimated at every step and the strength they find is often borne of their relationships with the other women around them. The film teases out these female relationships and brings them to the forefront. Dolores finally gets a chance to tell her daughter the truth and leaves it up to Selena as to how she reacts. Selena realises her mother’s strength as she listens to her confession, that Dolores nearly lost everything in order to keep her daughter safe from the man who was harming her. Dolores and Vera cling to each other in a mutual acknowledgement of the harm done to them by their husbands and their acquired liberty from them. When Selena finally stands up to Mackie, rigid in his attitude and too proud to see the bigger picture, it is a victory for the strength of these female relationships.

Taylor Hackford’s direction, measured and intimate, uses the Nova Scotian landscape, doubling for Maine, to stunning effect as the dramatic backdrop to the story. The drab blues and greys that occupy the colour palette for the present day scenes give the impression that life has drained out of Dolores and Selena, that they have been beaten back by their tragedy. The flashback scenes are full of reds and golds, which manages to be at once both violent and nostalgic. It was, after all, the last time Dolores’ family were all together, despite Joe’s abhorrent behaviour. Occasionally, Hackford allows the red of the past to quite literally bleed into the present, such as the gloriously scarlet sky that looks over Selena’s attempt to storm away from her mother. It isn’t used often, but contributes beautifully to the ongoing themes of consequence and memory. Given her brilliant performance as another King character with a very singular tone and personality, Kathy Bates is the perfect actor to take on a woman like Dolores. Bates turns in a performance as steely as it is tragic. Jennifer Jason Leigh manages Selena’s slow decay delicately in a role that could have easily slid into bratty and unsympathetic. Together, Leigh and Bates’ fractious relationship drives the film, with its reflection in the tempestuous friendship between Vera and Dolores. Parfitt’s performance is also excellent, a reminder that women find themselves trapped in all kinds of situations. All three women present an aggressive front to the world. It leaves them ostracised, but as Vera observes, “Sometimes, being a bitch is all a woman has to hang onto.”

Especially when they have to face up to men like Mackey and Joe. Christopher Plummer plays Mackey as a man who has rarely found himself questioned in the way that both Dolores and Selena manage. Mackey has a very fixed attitude that excludes emotion to his detriment. As Joe, Strathairn is utterly unlikeable. Even in his lighter moments, joking with Selena, there’s a disquieting air about him, as if he could snap at any moment. In his supporting role, John C. Reilly is a rare example of compassion in the film, doing what he can to help Dolores, even when it means going against his superior.

In his review, Roger Ebert commented that “This is a horror story, all right, but not a supernatural one; all of the elements come out of such everyday horrors as alcoholism, wife beating, child abuse and the sin of pride.” King’s novels and their adaptations are always at their best when they manage to capture these everyday horrors. Dolores Claiborne does so unflinchingly and is one of the best as a result. Scariest moment: Joe and Dolores are having a joke in the kitchen about the fact that Joe has ripped his pants. He moons her, they laugh, he smacks her across the back with a piece of wood. In that short moment, we understand everything about their relationship and the violence inherent within it.

Musicality: Danny Elfman and Hendrik Meurkens’ music for the film blends with Hackford’s melancholic atmosphere well, offering a haunting background to the tragedy unfolding on screen.

A King thing: Abusive husbands and fathers. They have been mentioned in previous King things, but it’s their turn in the spotlight. For every heroic father, there’s an awful one there to balance it out. Joe St George is one of the worst with characters like Alvin Marsh of T, Dick Morrison of Cat’s Eye’s Quitters Inc., and Nathan Grantham of Creepshow’s Father’s Day.

Join me next time, Constant Reader, for Children Of The Corn III.