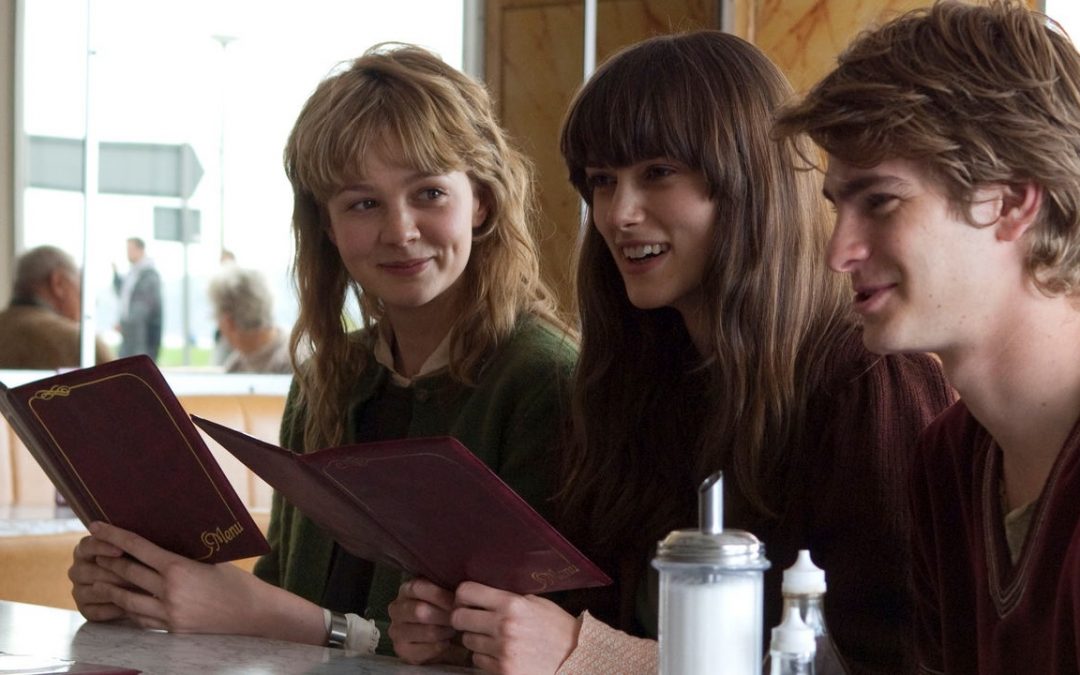 A few words on 2011's science fiction movie Never Let Me Go, a film that very much deserves another look…

This article contains massive spoilers for Never Let Me Go.

Never Let Me Go is a genre oddity. It occupies the centre of a multi-circled genre Venn diagram: It’s science fiction, it’s romance, it’s drama, it’s a coming of age movie, there’s maybe even a little bit of period piece thrown in there. It’s an emotional mishmash that’s a darn sight more cohesive my cack-handed description would suggest. Its genre-spanning qualities however, made the film tricky to market, combine that with an awkward February 2011 release date and it doesn’t take long to work out how Never Let Me Go lost out on the audience it deserved.

“You have to know who you are, and what you are. It’s the only way to lead decent lives.” Set in an alternative past where a medical breakthrough in the early 1950s means that the average human lifespan is now over 100 years, Never Let Me Go is the story of Kathy H (Carey Mulligan/Isobel Meikle-Small), Ruth C (Keira Knightley/Ella Purnell) and Tommy D (Andrew Garfield/Charlie Rowe). The film charts their time at Hailsham School, their time living in ‘The Cottages’ and the stresses and strains on their relationships.

That ‘medical breakthrough’ the film talks about in its opening, on-screen text is cloning and our main characters are clones bred to be organ donors. Cloning is not an untapped resource; as we said in our original review there’s a lineage of cloning in fiction that includes The Island and The Clonus Horror right the way back to the genetic tinkering of the Bokanovsky’s Process in Aldous Huxley’s Brave New World and a thousand other stories of a similar ilk. However, as well-worn as the idea may be, Never Let Me Go avoids cliché by not doing a massive, rug-pull reveal. Instead it presents the film’s world as is and allows the audience to connect the dots on their own.

Never Let Me Go’s emotional register is one of suppression. Every character is trying to conceal their feelings, as a result the film can feel cold, particularly in the film’s third act, most of which takes part in hospitals, literal sterile environments. But to me that’s never translated into an emotionless film, quite the opposite. Seeing all these characters so desperate to delay the inevitable but unable to do so is heart-breaking and the cast do such a fantastic job of conveying that repressed frustration

“It had never occurred to me that our lives, which had been so closely interwoven, could unravel with such speed.” There’s such a lot of talent on show in Never Let Me Go, it’s an embarrassment of riches. The young cast who introduce the audience to the Cathy, Tommy and Ruth are brilliant at helping the audience understand the world they inhabit. It’s evident that the younger and older versions of the characters spent time together during production, a move that definitely translates to the screen.

The supporting cast do wonderful work in shaping the environment our central trio are living in. Sally Hawkins in a small but beautifully played role as Miss Lucy, Charlotte Rampling is every inch the austere School mistress as Miss Emily and Domnhall Gleeson and Andrea Riseborough as Rodney and Chrissie, a pair who never knowingly give bad performances.

As their adult counterparts Carey Mulligan, Andrew Garfield and Keira Knightly are, collectively, nothing short of wonderful to watch. This is my favourite performance Keira Knightly has ever given. She’s superbly spiky and spiteful, but never so much as to be undeserving of sympathy. It’s such a hard line to walk but she does it beautifully. Carey Mulligan and Andrew Garfield are the emotional nucleus of the movie and their almost love story is just devastating. Andrew Garfield is magnetic on screen and Mulligan is the glue that binds, guiding us through with intermittent voiceovers that enhance rather than distract.

“What I’m not sure about is if our lives have been so different from the lives of the people we save.” Whenever I watch Never Let Me Go (I have to limit myself on views or I’d spend a fortune on tissues), what strikes me is how I take something different away from it every time.

You can look at the story as a comment on the way we view the ‘other’: on what happens when a group of people are dehumanised and treated as lesser and suffering is wilfully ignored. I’ve heard the movie spoken about as an allegory for how children fall victim to the class system and how systems oppress those on the bottom rung of society’s ladder. Or you can view it as an unfortunate love story with a sci-fi twist, it’s up to you.

That’s what makes Never Let Me Go quintessential science fiction storytelling. Alex Garland is one of my favourite writers currently working in science fiction cinema because he just gets it. The best science fiction uses its central conceit, be it time travel or adventures in other galaxies or human cloning, and uses it to discuss more Earth-bound issues. That idea of taking the language of sci-fi and using it to tell broader stories is something Garland does so well here, as well as faithfully adapting Kazuo Ishiguro’s novel; it makes me so happy that Garland is becoming a bigger and bigger name in cinema.

Understandably, some find it frustrating that the characters never take steps to try and break out of their situation however I’d say that kind of the point. Escape is absolutely everywhere in storytelling, people escaping locations, relationships, ways of life; it’s a cathartic motif that crosses all genres and is repeatedly demanded by audiences, heck, “escapism” is one of the words that comes up when you ask people why they love cinema itself. In contrast our heroes are looking for a few more years, not emancipation, just a bit more time to spend together. The smallness of that ambition is heart-breaking, it is, as the Bee Gees so astutely said, “tragedy”. Works of tragedy afford their characters a level of sympathy that other narratives styles don’t and the tragedy at the heart of Never Let Me Go is what makes Cathy, Ruth and Tommy’s story stay with you long after the credits have rolled.

“Maybe none of us really understand what we’ve lived through, or feel we’ve had enough time.” I think, if Never Let Me Go was in cinemas today, the film’s success would be a totally different story. The film was released in the UK mid-February 2011 which isn’t great for two reasons. Firstly, movie goers, along with the rest of the public, are usually still a bit strapped for cash in the wake of Christmas so you’ve got to really, really want to see something in order to spend the pennies. Also January/February are peak time for Oscar and BAFTA hopefuls to get released in the UK and at the start of 2011 awards magnet The King’s Speech steamrollered anything it came up against. A little, bleak, arthouse oddity like Never Let Me Go was never going to stand a chance against the double charisma whammy of Colin Firth and Geoffrey Rush.

There’s also the matter of audience tastes. 2011 isn’t all that long ago, but I think audiences are more open to ideas driven, slightly uncomfortable subject matter than they were six years ago. If we move away from the big screen and look at shows like The Handmaids Tale, Black Mirror and more recently Electric Dreams; these are shows that aren’t happiness and light, aren’t afraid of giving their stories downbeat resolutions and yet have been well received by audiences and critics alike. Particularly Black Mirror – in another life Never Let Me Go would’ve fit perfectly into Charlie Brooker’s anthology series as a feature length episode.

As oddly fitting as it is that a film about people the world would rather not see ended up being seen by not many people, I’m very sad that that’s the case. Never Let Me Go is a perfect example of wrong place wrong time and I hope, now that seemingly all media is available to us at all times, in the fullness of time it finds the appreciation it didn’t get on it’s release. Never Let Me Go is quietly, devastatingly beautiful and proof if it were needed that, despite its reputation for shiny chrome and lasers, science fiction can be the most humanist of genres.