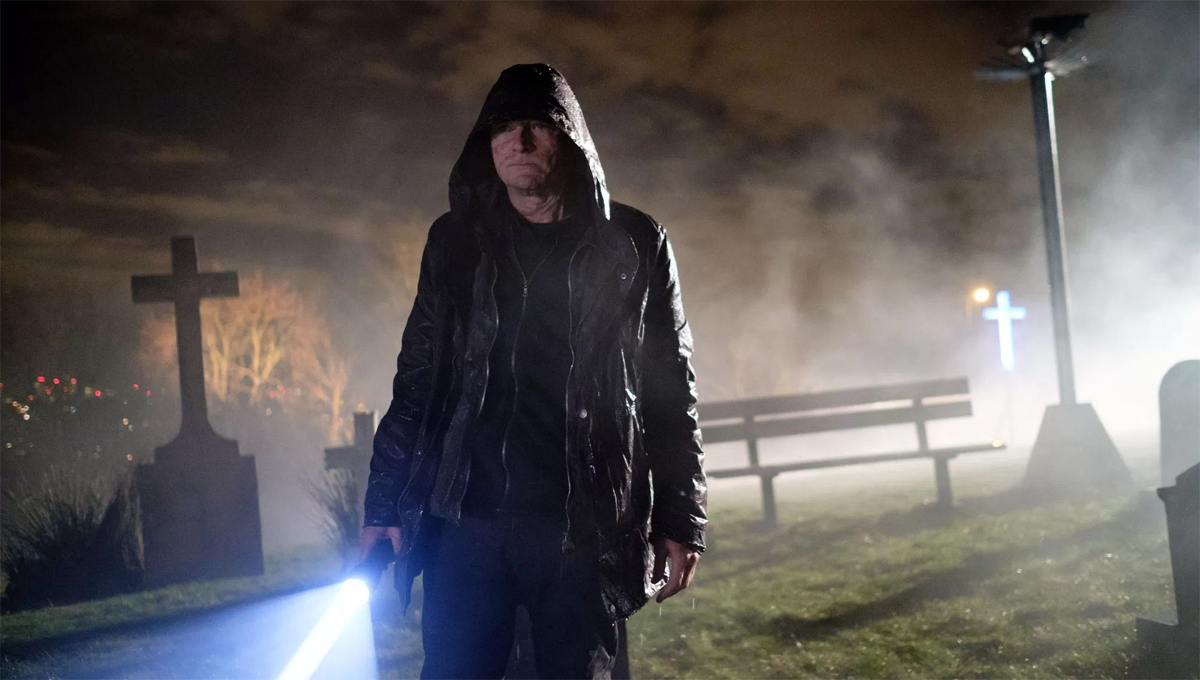 New BBC serial killer drama has a gimmick and isn’t afraid to use it. Spoilers ahead in our episode one review…

As a child writing homework stories for year six English, I had a power move: I’d make the last line of a story the same as its title. My gripping home invasion thriller ‘A Hard Night’ thus ended with the main character remarking with some accuracy “It was a hard night.”

You’re right to be impressed.

Year-six-me would, I think, have smiled a special smile had she landed upon the idea of titling a murder tale the word ‘killer’ backwards and then telling the story backwards. She’d have thought that even more sophisticated than closing heart-warming naughty puppy story ‘A Picnic I’ll Never Forget’ with the narrator saying ‘That was a picnic I’ll never forget’.

So far, Rellik, the latest crime drama from The Missing’s Harry and Jack Williams, is a pretty forgettable picnic. The only people for whom it’s likely to become a new weekly crime TV obsession are those with a love of unsatisfying admin scenarios—collating sheets of A4 in a high wind, say, or saving files to floppy disk in the vicinity of a gigantic and powerful magnet.

Instead of telling its serial killer story from A to B, Rellik starts at Z (which is really more like J when you realise that the culprit killed in its opening moments isn’t the main baddie, making this timeline something like a goth in a Spar shop tabard, i.e. more mainstream than it would like to come across).

We first saw Steven Mills, the suspect in a series of acid-related murders, killed by a police sniper. We last saw that the real villain is the mysterious hooded figure who compelled Steven to commit and film the most recent murder and to leave his DNA at the scene.

Who is the hooded figure? Well-heeled Patrick Barber (Paul Rhys), last seen leaving on a jet plane? Steven’s fastidious-about-cleanliness therapist Isaac (Paterson Joseph)? Former convict Christine (Rosalind Eleazar), who repaid her stepfather in kind when he scarred her and her mother with acid? Or A.N Other? Could it even be DCI Gabriel Markham (Richard Dormer) himself? Yes he has the name of an angel, but Gabriel being a demon is just the kind of irony Rellik might relish.

Time rewinds several times in episode one, first by ten hours, then five, then three, then five again, then two. The unconventional structure allows mini-mysteries to be solved—the key DCI Markham gave his girlfriend Elaine (Jodi Balfour) was being returned at the end of an affair rather than offered at the beginning of one, the casual homophobia of one detective is a cover for his closeted relationship with another male officer. Largely though, the chronology play is a headache. As three-wheeled cars and double-spouted teapots teach us, innovation doesn’t always mean progress.

Rellik has put a great deal of stock in its backwards gimmick. It’s the one wackily painted feature wall in an otherwise beige room. The audience will be so distracted by the upwards-falling rain and timeline jigsaw, it hopes, that we won’t notice the abundance of cliché. The badly scarred detective searching Captain Ahab-like for the person who attacked him, the schizophrenia patient off his meds, not one but two inexplicable and oomph-less affairs between young women and men twenty years their senior, the nagging doubt that the cops might just have killed the wrong man… That rain had better fall upwards.

The dialogue, unhappily, doesn’t rescue things. It’s dour and generic and includes such lines as “I was just thinking about Steven Mills and why anybody would kill all those people the way he did”. Well, as the lead investigator on this case, thinking that thought is more or less your entire professional purpose, so, well done? Elsewhere, you’ll hear such videogame cut-scene classics as “The killer made a mistake though, in the rush, left something behind – the acid compound”.

Rellik‘s being billed as a noir, but really it’s pulp (unsurprising given how much it rains on the show), but worse than that, it’s pulp that’s too miserable to yet be any fun. First impression? All gimmick and no trousers.

Rellik continues next Monday at 9pm on BBC One.