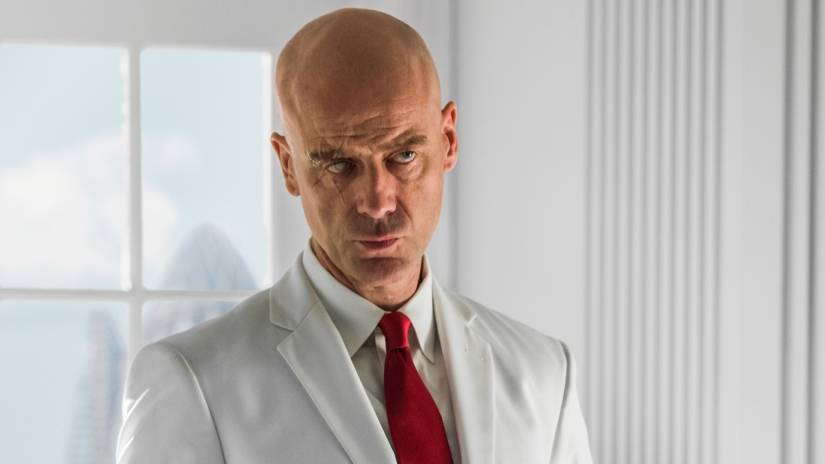 What does a floating pig have to do with the end of the world? Well, if you believe the servants of The Grail, it’s a legitimate threat that has to be eliminated, because a floating pig might stand between the Grail and their control of the bloodline of Jesus Christ. Seriously. The Grail takes all threats seriously, and has a special unit dedicated to eliminating any and all possible distractions from their mission. Herr Starr is a specialist at eliminating those distractions, usually via murder.

While Jesse is still looking for the Grail, and talking to crazy street preachers about the impending apocalypse, he’s not the focus of this week’s episode. The focus is on the new mysterious organisation that is chasing Jesse Custer to try and get Genesis under control, The Grail. We’ve seen them briefly; the lounge singer that sweet-talks Jesse is a Grail agent, and we’ve seen a few mysterious men in white suits in brief since the first season of the show, but this is the first time we’re actually spending any time with Herr Starr and the organisation he’s in charge of.

While Starr is taking care of the Grail’s business, he mentions that once upon a time he too was young and careless, and then we get Herr Starr’s origin story. Pip Torrens is going to make a great Starr, right down to the tense German accent and milky eye. It’s far from the appearance, but more the attitude. No matter what seems to happen to Starr, he doesn’t get particularly bent out of shape in the comic books, and his complete and utter shamelessness allows him to not only best the competition to get a place within The Grail, it allows him to take a place in a leadership position. The fact that Starr kills multiple people during his try-out phase without even blinking is only a testament to the character’s ruthlessness. Starr kills without a second thought, and he’s willing to do anything to get an edge on whoever he’s facing off against, no matter how debasing it might be.

Starr, as a character, is really amusing. There are lots of moments when Starr does the unexpected simply by doing what you might expect him to do. He says he’s a Christian when asked. He rants about not having his parking validated until the Grail validates his parking. (It’s the only thing that really gets him upset.) When left alone on the shooting range, is it really a surprise that he shoots his competition, especially considering how he beats the Grail’s hand-to-hand instructor to death with a club? Is it really that much of a surprise that he pushes his new boss off the balcony when the opportunity presents itself? Starr isn’t evil, he’s cartoonishly evil, and Olivia Dufault’s script plays that up to maximum comedic effect. Just another source of black humour on a very dark show.

Starr comes up with an idea on how to take care of the floating pig, and what to blame it on. Like Jesse’s adventure with the street preacher or Tulip’s return to that bar where you get shot for money, it’s just another misdirection. Tulip is having nightmares about the Saint of Killers, so she distracts herself with thrill-seeking. Cassidy gets black-out drunk to distract himself from his son’s illness. Jesse distracts himself by throwing himself into the search for God, chasing down any and all possible angles. And Starr distracts the world from the flying pig by killing it and blaming it on contaminated water. You need something to distract you from your actual life, at least according to the Preacher gang, and whatever that might be will only be a temporary solution.

It’s kind of like locking a merciless supernatural killing machine in the back of a truck and dumping said truck into the swamp. You’ll get a little respite, but not a permanent one. Jesse might have done himself more harm than good by giving up a piece of his soul. It’s the one thing he might not be able to get back when he really needs it, and no amount of The Word could undo what’s been done.

US Correspondent Ron Hogan is glad that there aren’t any bars where you can really be shot for money. He’ll stick to places where you pay to shoot arrows and throw axes at targets. Find more by Ron daily at PopFi.