Preacher season 2 episode 13 review: The End Of The Road 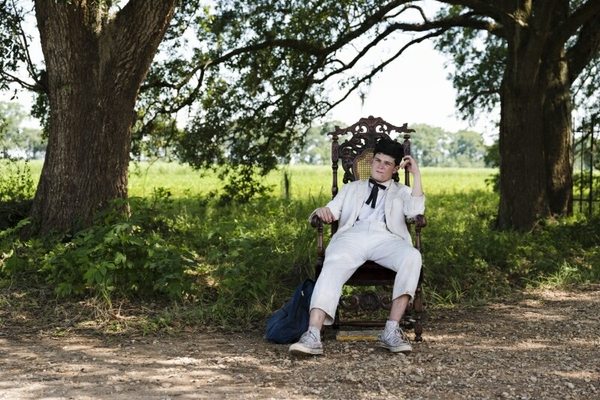 Jesse Custer, even before he was given the gift/curse of Genesis, lived in a world full of magic. Witness, for example, how The End Of The Road opens. Jesse is part errand boy, part living road sign, and part grifter, bringing in folks, making sure to take their money so they can park, and weeding out undercover cops when he’s not posing for pictures and lifting wallets from tourists. Jesse’s grifting started early, and his fighting started early, too.

In a way, Starr is right when he says that Jesse is the perfect centrepiece for his Messiah con. He has experience as a con artist, he’s charismatic, he has a legitimate power that he can use (sometimes), and he knows enough other sources of power—like voodoo and strange Japanese soul-extracting machines—to supplement Genesis when it fails him. And Genesis is starting to fail him more and more for reasons yet to be explained. Still, Jesse is nothing if not a skilled improviser and Starr is nothing if not a master manipulator, ready to turn anything into evidence of Jesse’s status as the Messiah. Between the two of them, the only thing that can ruin the plan would be if, say, a Grail agent shoots someone important to Jesse.

Starr seems to account for almost anything as he takes Jesse on his attempt to gain viral video fame. The only thing he doesn’t count on is the discovery of one of the little cameras, and the fact that Hoover and Featherstone aren’t particularly accomplished in their field. Enthusiasm and ruthlessness will only get you so far, and that gets the Grail just far enough to ruin everything and potentially make an enemy of Jesse and Cassidy once Tulip is up and around again.

It’s a credit to writer Sam Catlin that the episode works as well as it does despite some clumsy elements. Splitting Jesse and company is a risky proposition, but it pays off well enough. Cas and Tulip have some very funny moments together, particularly when Tulip reminds Cas that he can sit in the front seat. As someone who grew up watching Norm MacDonald on Saturday Night Live, the idea of medicinal crack will never not be funny. Ditto Hoover’s very poor attempt to lampshade when Tulip catches him and Featherstone in the apartment with glue and directions on how to plant miniature cameras.

Director Wayne Yip gets a great performance out of both Joseph Gilgun and Dominic Cooper. Tulip’s death scene, in which the two men in her life fight one another to see who gets to save her, is surprisingly touching, even if one did abandon her to become the religious leader of the free world and the other has graphic fantasies about tearing her throat out during sex. Cas’s struggle against his own demon explains just why he has to bring about Denis’s death; he’s had a hundred years or more to learn to control this thing, but Denis hasn’t, and he’s just running around killing people—as we hear with the Les Enfants Du Sang website—and drooling every time he looks at poor little Banjo. Just because you can bring someone back doesn’t mean you should (see also Eugene bringing Hitler back to the world of the living as repayment for a good deed only to have Hitler immediately flee).

The rebirth of the chicken in the beginning of the episode is kind of an obvious signal as to where Jesse will take Tulip after she expires, but it’s amusing enough to see that chicken running across the road at the end of the episode, and it informs us a little more about Jesse’s character. He lashes out with anger, then regrets what he does and tries to fix things, vainly or otherwise. Jesse might be gone from Angelville, but he certainly remembers the place well enough to plant The Saint in the swamps nearby, and he’s definitely going back to save Tulip, no matter what the price. It’s probably safer than bringing Tulip back as a vampire, and it’s not like Jesse isn’t already in thrall to multiple groups at this point; what’s one more?

On one side of him, he’s got God and the forces of Heaven and Hell. Jesse called them out, exposed their secret, and thus he’s probably not got a lot of friends up above. On Earth, he’s in league with Starr and the Grail, albeit not the most willing of participants in that endeavor. It remains to be seen just how much stock Jesse will put into that connection once Tulip is back among the living. The third, and most frightening force Jesse’s tangled with, is Angelville. Cas hates him and Tulip’s dead, so Jesse really has nowhere else to turn to. He’s already been victimised by his family as a child; without the Voice to protect him. There’s nothing about the decaying sign of Angelville that suggests that anyone there is going to treat him any better now that he’s an adult.

Read Ron’s review of the previous episode, On Your Knees, here.

US Correspondent Ron Hogan wonders just how much of the budget for this season was used to purchase the most famous George Harrison song for a fight sequence. Find more by Ron daily at PopFi.