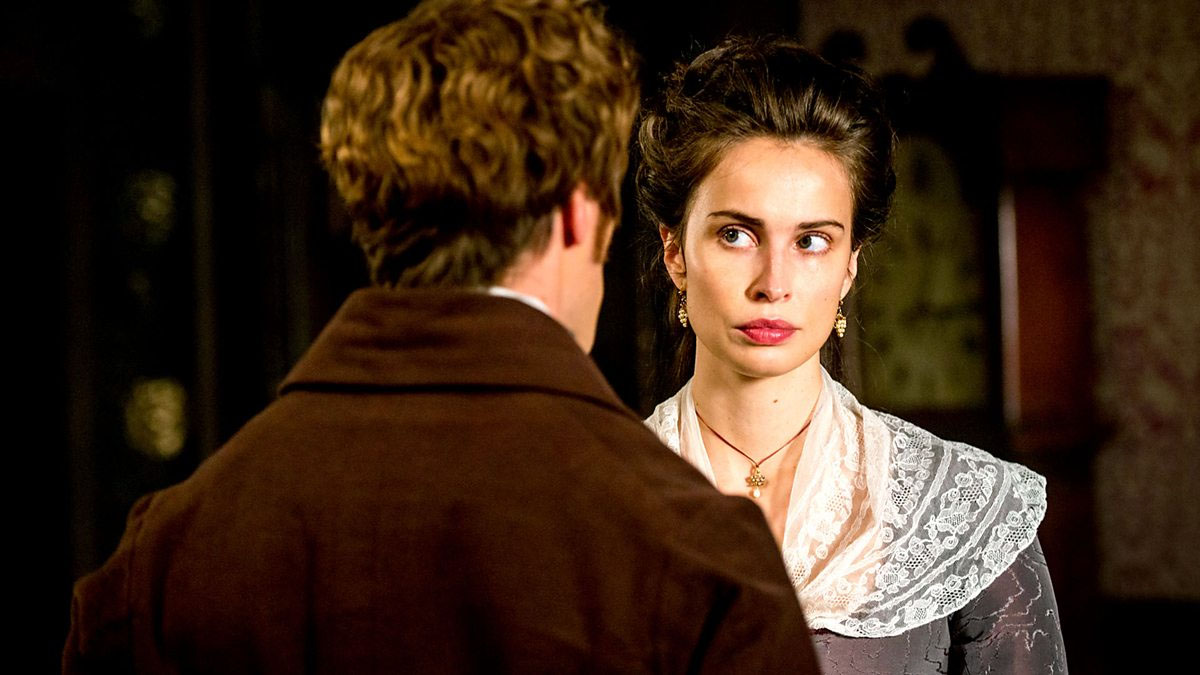 Poldark bids farewell to a very solid third series with a real corker of a finale. Spoilers ahead in our review…

Actor Jack Farthing must be a wizard, or something like one. There can scarcely be a more detestable character in fiction than George Warleggan, a man with a nest of unusually cruel and petty vipers in place of a heart. And yet, through his magic, Farthing makes George… if not sympathetic, then at least pitiable. When he delivered the desperate line “Is he my son?” in this week’s finale, I was moved to shed a tear. And this, minutes after George had very nearly brought about the death of Drake Carne, the sweetest puppy ever to wear a blacksmith’s apron.

How does Farthing do it? Not with witchcraft but with talent. And with a co-star who’s up to his standard. Heida Reed was certainly no dead weight in the cathartic confrontation between Elizabeth and George.

The series three finale saw three forbearing women finally take action against their husbands and Elizabeth’s stand was the most satisfying of all. After a whole series spent appeasing her monstrous man and staying silent about his behaviour, she finally said enough is enough. And because George’s cruelty comes from his sadness rather than his badness, it broke him.

Less broken but equally stymied was Rev. Whitworth, to whom Morwenna finally refused to submit. She kept him out of her bed by threatening to go all Medea on their son (then immediately reassured the audience that she didn’t mean it so we wouldn’t take against her). It was a good effort by Morwenna, but not good enough by Poldark’s creators. We need to see Whitworth suffer more than a £500 fine for his crimes. Rowella was only acting in her own interest, it seems, which feels a wasted opportunity. A mind that deviously sharp could surely have caused some more public humiliation for the good vicar? Doesn’t Truro town square have a set of stocks?

Still, there’s always next year. With Drake and Morwenna as devoted to one another as ever, perhaps series four will find them their happy ending. That’s if—unlike Little Verity who appears to have fallen off the edge of the earth—they’re not forgotten about entirely.

Where will next series find Ross and Demelza? In each other’s arms, apart, or—as in this episode’s final scene—both at the same time?

Demelza’s revolt against Ross felt the least worthy of celebration, only because of how miserable it seemed to make her. After resisting Hugh’s charms for months, she went to him hurt by Ross’ recent lies and previous adultery. She could no more be seen to be enjoying her fling and not suffering its consequences than Morwenna could really be seen to consider killing her infant son. Poldark’s inner conservatism wouldn’t have it any other way.

The show’s taste for dramatic irony too, dictated that the episode in which Warleggan finally promised to stop all his nonsense was the same episode in which Ross declared that “the time has come to stand against” George. Just when there was a possibility of peace between the two men, they’re once again facing each other across the battle lines.

That was literally the case for Ross and Tholly, whose tense stand-off could only ever have ended as it did, with a dramatic and paternalist gesture from Ross, ever the people’s champion.

The threat of a foreign invasion gave Ross an excuse to play the hero once again. He took up arms and trained the locals to defend themselves while George screamed ‘every man for himself’ and planned to high-tail it to London. Were two men ever more different? Could the cessation of their enmity ever have soothed so much pain?

London is where Ross is headed now, Westminster in particular. Should he arrive there, cross your fingers that Poldark doesn’t forget its rural roots. We’re here for romance, escapism and West Country beauty. We want Ross to brood on clifftops, Prudie to sing indecipherable songs, Caroline to wear hats so splendid they should be declared sites of outstanding natural beauty, and most of all, for Demelza to smile again. Give us that next series, and we’ll be happy.