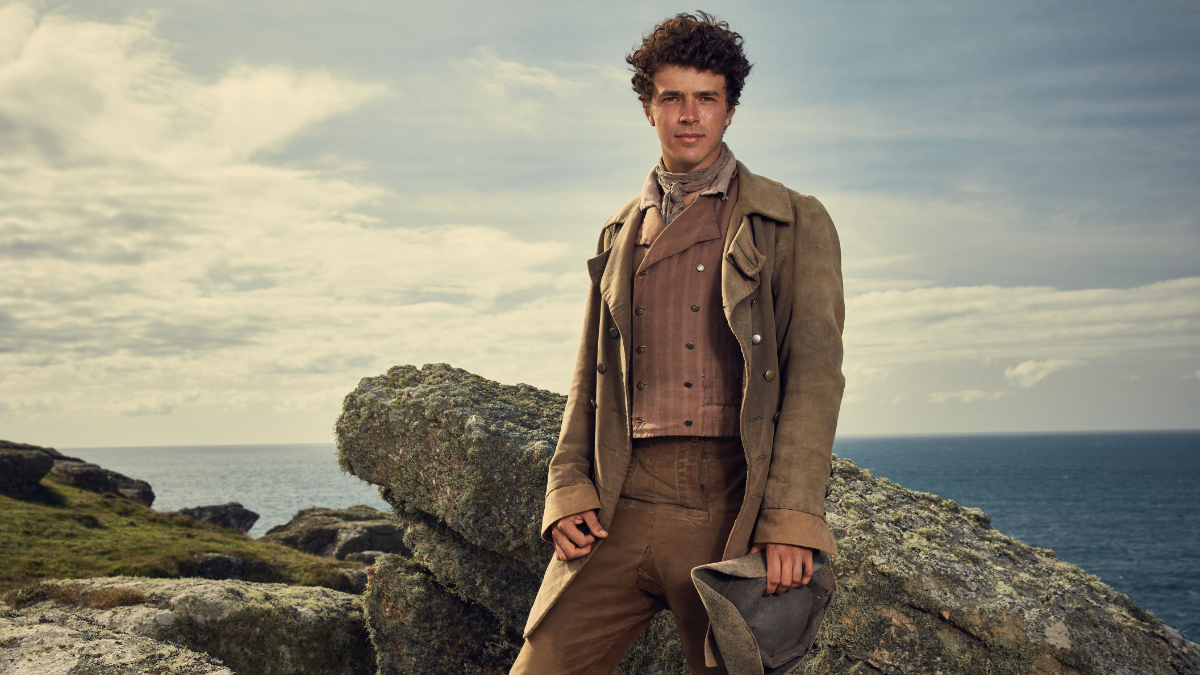 Of the many things Poldark has to recommend it—the escapist beauty of its cast, landscape and baked goods—accessibility is near the top of the list. You could be watching from inside a wheelie bin with the lid down and you’d still be able to grasp what was going on (though admittedly, you’d miss the beauty of the baked goods).

It’s all down to the translucency of motivation. Usefully, everyone in Poldark lists their character goals each morning before brushing their teeth. “I must feed the poor” says Ross, “I must hang the poor” says George, “I’ve got the major hots for one of the poor” says Morwenna. “I’m keen on toads” says Drake.

There’s no murky ambiguity or doubt as to why the characters act as they do. Watching an episode is like taking a lovely, relaxing bubble bath for your brain.

We even know now why George is quite such an arse. He was bullied at school by one Ross Poldark, who used to put toads down his breeches for having ideas above his station. Not recognising it as the instigating incident of almost every ill that’s ever befallen them, Demelza and Drake find that highly amusing. Just think – had Ross and Francis laid off the toads as boys, perhaps George wouldn’t have grown into the twisted soul he is today. Morwenna, then, wouldn’t be tied in matrimony to The Worst Man Who Ever Existed (even George Warleggan only sucks strawberries in bed).

In an heroic act to rival the Quimper prison break, ‘wenna sacrificed her happiness to save Drake’s life. As retaliation for Drake’s amphibian-related monkeyshines, George had seen to it that the youngest Carne sibling faced the gallows. Hang him and the peasants will revolt, warned Ross, which threw George off his game until he stumbled upon a wicked solution that got him exactly what he wanted—a barbed hook planted in the fat backsides of the Godolphins, upon which he could drag himself up the social ladder. The result: Drake’s freedom, Morwenna’s marital incarceration and two young hearts broken.

Swerving a broken heart at the last minute was Caroline Penvenen-Enys, who very nearly lost her love. Dwight’s experience as a prisoner of war having dampened his taste for Turkish delight and other such frivolities, he pushed his wife away at every opportunity. “Shall we to bed?” Caroline asked Dwight, her hair specially inflated for the occasion. ‘No,’ he replied. ‘I’ve got PTSD and they won’t even add that to the dictionary until 1980 so there’s naff-all chance of me getting the necessary treatment’.

The necessary treatment, as it may well be for any number of ailments, was a visit from dishy Lieutenant Armitage. Ross arranged that, in between clearing his long field for the use of the local peasantry (good stuff – it’s been a while since there was any decent threshing done on Poldark) and dashing about trying to save Drake’s life. No wonder the locals applaud Ross’ every step.

Worthy of applause for their sheer loveliness were Ellise Chappell and Harry Richardson’s sun-dappled scenes as Morwenna and Drake declaring their love for each other. Those two are like internet puppies – on a bleak day, they never fail to raise an ‘aw’ and lift the spirits. Drake was so besotted with his liltingly, musically named love that at one point he lost the power of grammatical construction and just started listing verbs: ‘sleeping, waking, working, dreaming…’ Drake was right in that speech. It is our duty to find happiness.

Someone who doesn’t need learning that lesson is Aunt Agatha, who had some terrific moments with George this episode and is happier than Tom Harry with a new cosh about her impending centenary celebrations. Ready your best hat feathers and neck-cloths, it looks as though it’s all going to kick off at that party…