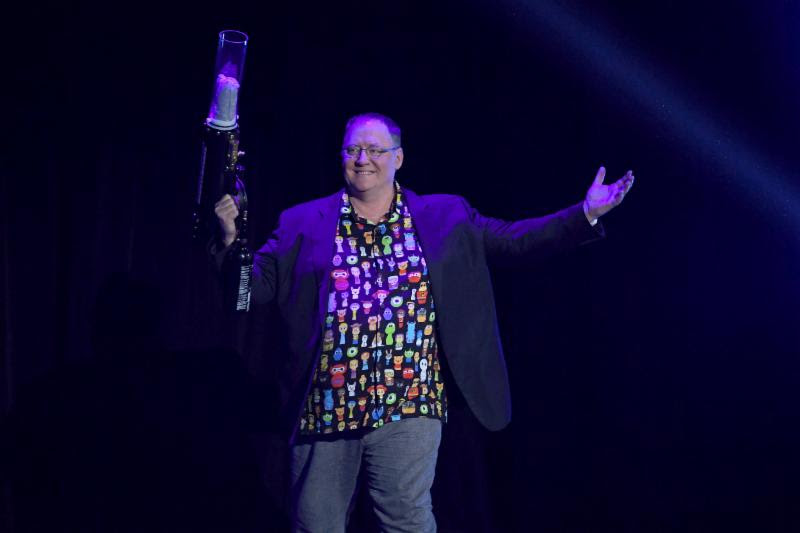 A “suburban fantasy world” is the subject of a new Pixar film, whilst there might just be a Planes spin-off coming too…

Although Pixar has sequels like Toy Story 4 and The Incredibles 2 in the works, the studio still continues to develop and produce original movies. John Lasseter took the opportunity at D23 in California over the weekend to announce a brand new original project from the company, an untitled “suburban fantasy world” movie to be helmed by Monsters University director Dan Scanlon.

Coming to the stage with little else at this point but some concept art, Scanlon was armed with one more thing: the emotional inspiration behind the film. Scanlon detailed how he lost his father when he was very young, with just a few words on a voice recording to even know what he sounded like, and that he and his brother have always wanted to know who their dad was.

His new film is set in a world with no humans – only elves, trolls and various other creatures – and where magic has been gradually replaced by technology. It tells the story of two teenage elf brothers whose father died when they were too young to remember him, and who use what little magic remains in the world to, in Scanlon’s words, “embark on a quest that will allow them a chance to spend one last magical day with their father.”

The film has no release date yet, but is likely to show up in 2020. Its unique world sounds like a perfect Pixar setting, while the story itself seems likely to draw on the same emotional power as other Pixar classics like Inside Out and Up.

Lasseter also gave a sneak preview of a second original untitled movie, this time from the Disneytoons division of the company. The clip showcased two fighter jets and some kind of space shuttle-like vehicle soaring and diving around each other as they break the sound barrier and head toward the upper reaches of the atmosphere. At the end the word “Space” appeared, followed by “to be filled with a title when we think of one”. Perhaps a further Cars or Planes spin-off, then?

More when we have it.