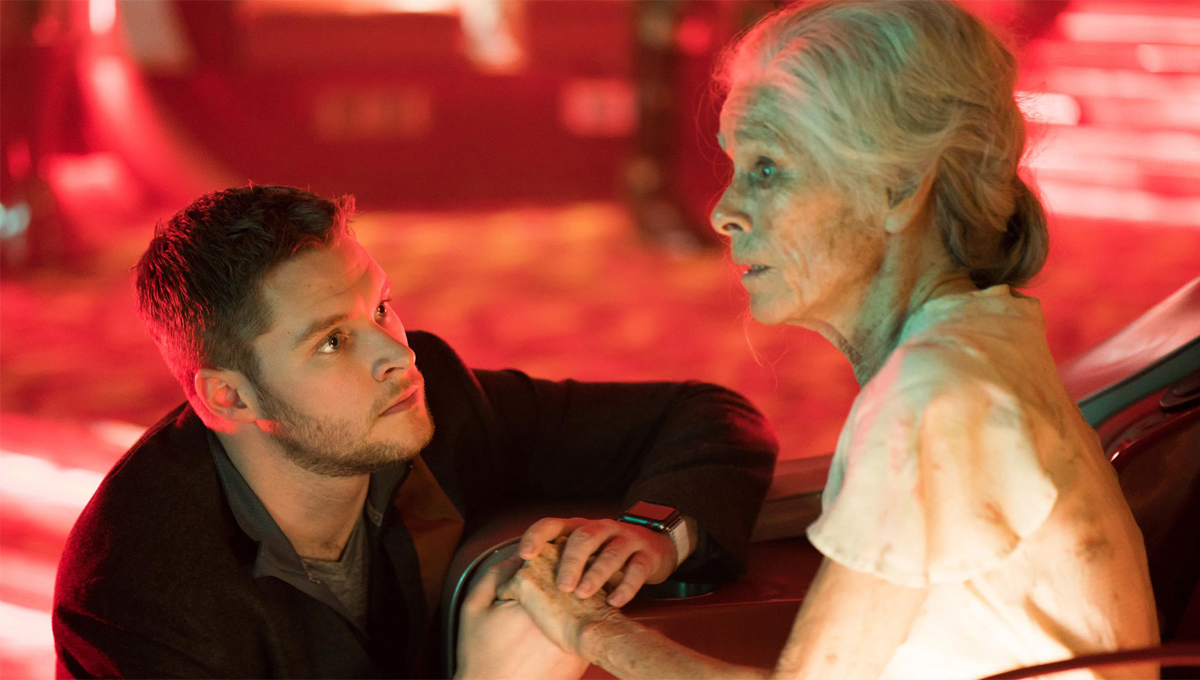 Like trousers with an elasticated waist, sci-fi is naturally forgiving of flab. As a genre, it stretches comfortably over excess and accommodates unattractive lumps. Tale full of high-reaching themes but no convincing characters? Stick a robot in it, give everyone tosser haircuts and job done. Have a ponderous philosophical point to make but can’t quite join up your story elements? Set it on a spaceship, call it literary sci-fi and nobody will notice.

They will notice, of course, because what’s being described above is bad sci-fi. Disappointingly, Impossible Planet, the second instalment in the Philip K. Dick’s Electric Dreams anthology series, is closer to that than the good stuff. It’s overfamiliar, alternately lifeless and stagey in performance, and its plot doesn’t really stack up. The few pages of PKD’s original short story about a couple of space nobodies taking an old lady’s life savings in exchange for a lie that—spoiler alert—may actually be the truth have been expanded by writer/director David Farr (The Night Manager, Outcasts) into a morose meditation on death, memory and the afterlife. But instead of gasping in wonder, which must have been the aim here, I was left furrowing my brow.

We meet Brian questioning the value of spending his days turning up the colour saturation on the ship’s windows to make day-trippers ‘ooh’ and ‘ahh’ over the universe’s beauty spots. Pushed by his unpleasantly aspirational girlfriend (Georgina Campbell, squandered here), he’s attempting to climb the corporate ladder but keeps being disappointed. His job is pointless, his relationship is loveless and his life is going nowhere. Enter: a mysterious old lady and her creaky robot sidekick.

Brian almost does, enter her that is, in a geriatric/twenty-something romance thread that’s one of the hour’s few surprises. Brian, you see, is the spit of Irma Gordon’s grandfather from half a millennium ago, which apparently explains the raging horn she has for him. Later, after Irma and Brian perish on the surface of an inhospitable planet, she turns into her grandmother and goes afterlife skinny-dipping with her grandad-slash-toy-boy-lover. Yes, heaven for Irma means starring in a reconstruction of a centuries-old shag her grandparents once had, and if that’s what being three hundred and fifty years old does to you, I’m going to stop taking my Cod Liver Oil.

Is Elk Falls, Carolina really Irma’s heaven, or Brian’s, or both? Is the waterfall a shared blink-of-an-eye fantasy before death? Is Brian Irma’s reincarnated grandfather? Are the pair psychically linked? Is Irma already dead? Are they all already dead? Is this—as is hinted throughout—some kind of dream? Am I just a brain in a jar? Are you? How do I know that the green I see is the same green you see?

Ambiguity can be a mark of sophistication in fiction, in the kind of story that starts conversations. Impossible Planet is too riven with cliché (“Here, here there will always be mystery” says Irma at one point, touching her heart. The eyes of RB29, the inexplicably emotional robot played by Malik Ibheis, glow red when it’s angry…) to claim sophistication. I watched it twice, carefully, and the only conversation it starts is between two undergraduates on beanbags minutes before one throws a whitey.

A major issue is that the two lead performances from Jack Raynor and Geraldine Chaplin are mismatched in tone, the first emotionally numb, the second characterised by Blanche DuBois-levels of intensity. Perhaps it was cleverly intentional for the automaton to emote more than the male lead, but it drained this puzzling hour of life. Unscrupulous opportunist Edwards is watchable only because Benedict Wong always is. Come the tragic/happy ending, none of them are characters to mourn.

That though, is the joy of an anthology series; it moves on – another week, another offering to suit different tastes. Impossible Planet will have its fans. The rest of us await Jack Thorne and Tom Harper’s The Commuter…