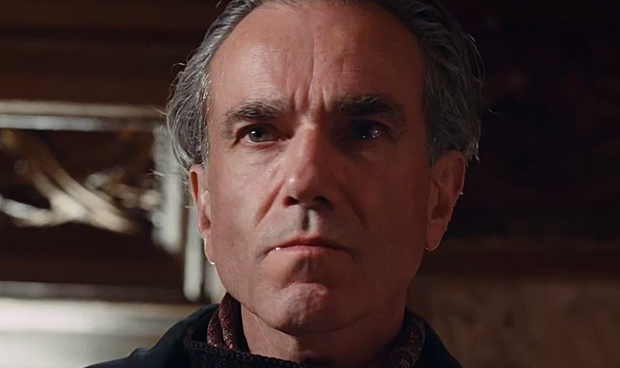 Daniel Day-Lewis has justifiably acquired a reputation as the most eccentrically chameleonic actors out there. However, this past summer, the 60-year-old actor and three-time Best Lead Actor Oscar winner announced his most shocking role to date: retiree. Consequently, the upcoming historical drama, Phantom Thread will purportedly stand as Day-Lewis’s final film role.

If the pledge holds, he’s going out with a bang, reunited with director Paul Thomas Anderson for an introspective character study.

The Phantom Thread trailer showcases what (for now,) stands as Daniel Day-Lewis’s last onscreen role before he takes a proverbial curtain call from the movie industry. Here, he delves into 1950s London, playing Reynolds Woodcock, a fashion designer and dressmaker for Britain’s high society types, be it royalty, celebrities, heiresses and the generally wealthy. While Reynolds has spent his life enjoying the fruits of his position yields, he has seemingly drawn inspiration (and other feelings,) from a young servant woman, named Alma (Vicky Krieps), with whom he engages in a romantic relationship, one in which she serves as his artistic muse.

However, the mercurial Reynolds, ever the tortured artiste, just can’t seem to stay satisfied and his fear of rejection creates a divide in the relationship, which affects his sartorial art.

Here’s the trailer for the film…

Paul Thomas Anderson occupies the director’s chair for Phantom Thread, working off his own script. The film reunites him with Day-Lewis, the star of his acclaimed 2007 historical drama There Will Be Blood. Anderson, who first gained acclaim for 1997’s Boogie Nights (which cemented the film stardom of Mark Wahlberg), is also known of course for films such as 1999’s Tom Cruise-starring Magnolia, 2002 Adam Sandler-starring dramatic cult classic Punch-Drunk Love, and Joaquin Phoenix-starring efforts in 2012 drama The Master and 2014’s Inherent Vice.

The film arrives on Christmas day in the US, but we don’t get Phantom Thread in the UK until February 2nd 2018.