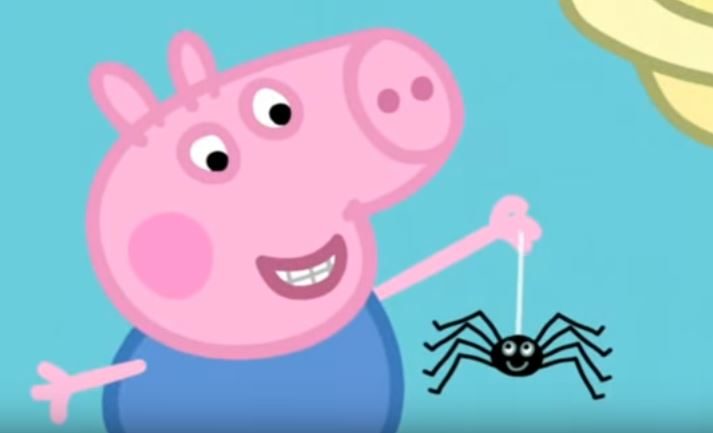 Mister Skinny Legs has climbed up the TV spout again down under, and Australians are pig-sick of it…

The friendly spider who first appeared in a 2004 episode of Peppa Pig may seem harmless enough to us, but Daddy Pig’s advice to his eldest child about benign arachnids during the tale doesn’t play well over in Australia.

“Spiders can’t hurt you,” he reassures Peppa, but it turns out that parents down under don’t exactly want their kids picking up spiders, tucking them into their beds or offering them a cup of tea, because the country is jam-packed full of venomous and creepy beasts, some the size of a flipping dinner plate.

The episode was yanked from public broadcast in Australia by ABC back in 2012 for sending an “inappropriate” message, but Mister Skinny Legs managed to spin his web back to pay TV a few weeks back, where it was summarily removed again after complaints from concerned mums and dads flooded in.

12,600 people were admitted to hospital for spider bites in Australia between 2010 and 2013, according to new data released earlier this year, with the redback spider cheerfully biting around 2,000 people annually. Symptoms from that particular bite generally manifest as nausea, vomiting, and pain in the abdomen or chest.