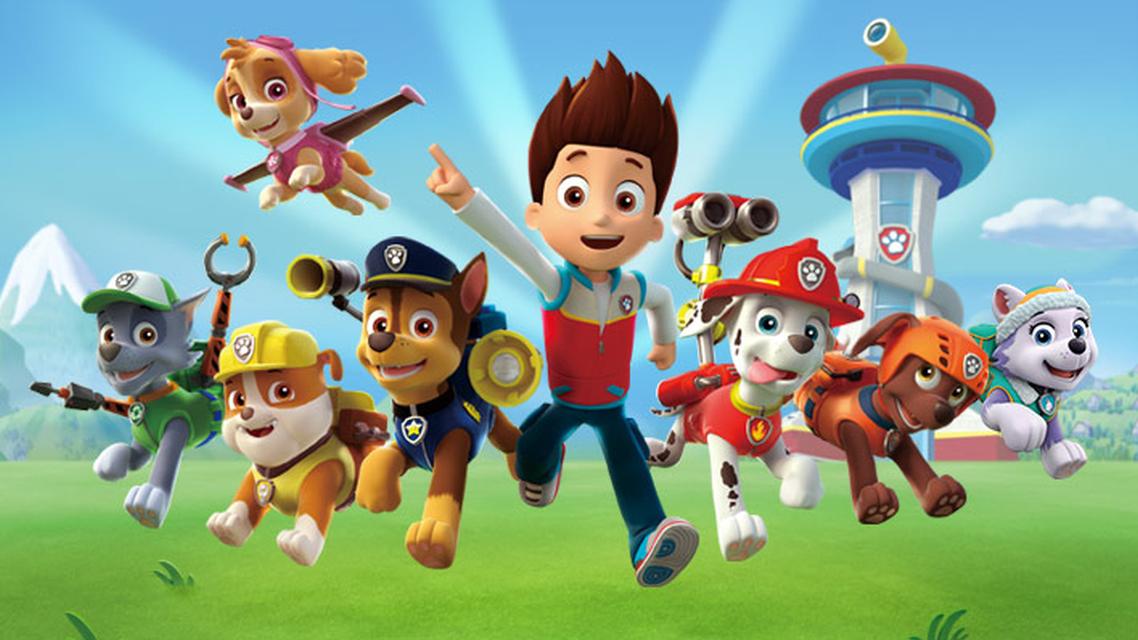 Paw Patrol, Peppa Pig, and the rise of the children's films that aren't really films at the cinema…

There’s a growing trend in UK multiplexes at the moment to show films that aren’t really films, with an intent of giving younger children an entry level way of getting into going to the cinema.

I’m a bit divided on this. On the one hand, I think a delightful film of economical length such as Shaun The Sheep: The Movie deserves that audience. Conversely, there is some logic to the bundling together of a few episodes to satiate short attention spans too. If the ticket price is dropped too, then it feels like we’re meeting somewhere close to half way.

This past weekend, then, I took my youngest to see Paw Patrol: Mission Big Screen. Liked many parents of under fives, I’m more than familiar with the adventures of the adventurous canines, and I think it’s long past time we had a chat about them on this site.

Because, let’s be frank, Paw Patrol is a more contemporary take on Thunderbirds (the puppet, not the CG version), with anything vaguely edgy long since shaved off. Gone are puppets smoking fags and knocking back a bit of booze. Eyebrows are toned down, and in place of all of these is a bunch of gadget-laden dogs, a driver called RoboDog, and a young boy called Ryder who – via an old-school looking smartphone – directs the yappers to save stupid people who have got themselves into peril. Puppets in this case are replaced by digital animation that lacks detail – and there’s clearly some kind of construction kit that generates the nothingness backgrounds for shows like this – but does the job. And there’s a theme tune that children like to sing. A lot.

Conversely, I do think the show works. Paw Patrol may be a safe and easy piece of television, but it’s an entertaining one. You don’t get the joyful oddness of something like Sarah And Duck, but you do get something far more tolerable than 80% of the shit that’s shovelled at the kids section on any given EPG.

For the Paw Patrol crew’s big screen debut then, we got a package of new episodes and, er, a preview of another one. I’m coming to that in a minute.

The three episodes take us to a volcano where somebody stupid and some monkeys are in trouble; the jungle, where somebody stupid has fallen down a hole; and underwater, where somebody stupid has managed to sink the Paw Patroller. It’s to the immense credit of Ryder that when the call comes in for each of these rescues, he never once rolls his eyes, nor questions the dim-witted nature of the people on the other end of such calls. He happily recruits his pups, picks which he needs for each mission, and lets them say the lines that a million plastic toys now recite when you push a button on their back. Just for once, I for one would like Chase not to be on the case, if it’s all the same. Two of the new episodes are long ones. Thus, after five quick Paw Patrol questions – that my son absolutely blitzed, natch – we settled down to those, and I quite enjoyed them. More importantly, the anklebiters did too. The third episode, with the sinking Paw Patroller, is shorter, but by then, I think we were all ready to go home anyway.

But what’s this? Then, we got an advert – as part of the main feature! – for a forthcoming episode. The episode in question is Quest For The Crown, that’s showing on Nick Jr this autumn. And not in a cinema. If you’re reading that sentence and the word ‘padding’ comes to mind, then help yourself to an extra point. It’s a bit rich, really. Granted, the ticket price was cheaper, but I didn’t know it’d be offset by an advert for something… sorry, ‘special sneak peek’… for something we couldn’t see in full yet.

Furthermore, the argument that the whole package is an hour-long introduction to cinema was damaged somewhat by the 23 minutes of adverts we got before the whole thing started in the first place. Several of those minutes were the cinema in question – a very good one, that does fine coffee – showing us adverts for the cinema in question.

But back to the digital content. I can’t help but contrast Paw Patrol – Mission: Big Screen with the little-seen Fireman Sam: Alien Alert that quietly snuck into cinemas early this year. I got far more of a sense that somebody had put a shift in with that. That was a one-hour feature devoted to one story, that didn’t feel it’d be on repeat cycle on the telly within a year. It’s not great – although you get bonus David Tennant on voicing duties – but it’s decent enough. It also features at least one voice performance where a young actor appeared to be given a note that read ‘screech a lot more’. The young actor duly does just that. We’ve got Peppa Pig to thank for all of this, I think. A year or two back, the success of Peppa Pig: The Golden Boots – a 15 minute episode bracketed by a few more plucked from the telly – opened up the idea that you didn’t need a film for kids in the cinema. Glue some episodes together – and Peppa returned earlier this year to do the same thing – and you’re in business. Lucrative business, by the looks of it. There’s an argument that says that you’ll make far more profit opening a cheap chip shop than an expensive restaurant, and the Peppa Pig cinema outings duly put that to the test.

Still: there’s clearly a market for this. It’s not the most compelling use of cinema, and few things are less forgiving to fairly basic animation than a massive silver screen. There’s no hiding place for a bland sky background when something’s projected so sizeably. Thus, it all strikes me more about getting younger children used to the surroundings of cinema environment, rather than seeing just what a massive screen can actually do for a film. Aardman can’t make a Shaun The Sheep movie every week, sadly, and there’s no inclination with properties such as Peppa and Paw Patrol to go more ambitious, and try something feature-length. We’re thus left with the hodge-podge that we get. It’s helpful the price of the tickets is reduced, although notably the price of the popcorn isn’t, but I do wonder if four year olds will leave their local multiplex with the same sense of wonder than they might had they sat through, say, Moana?

Given the half full screening I sat in on Sunday, there are enough of us parents willing to find out.