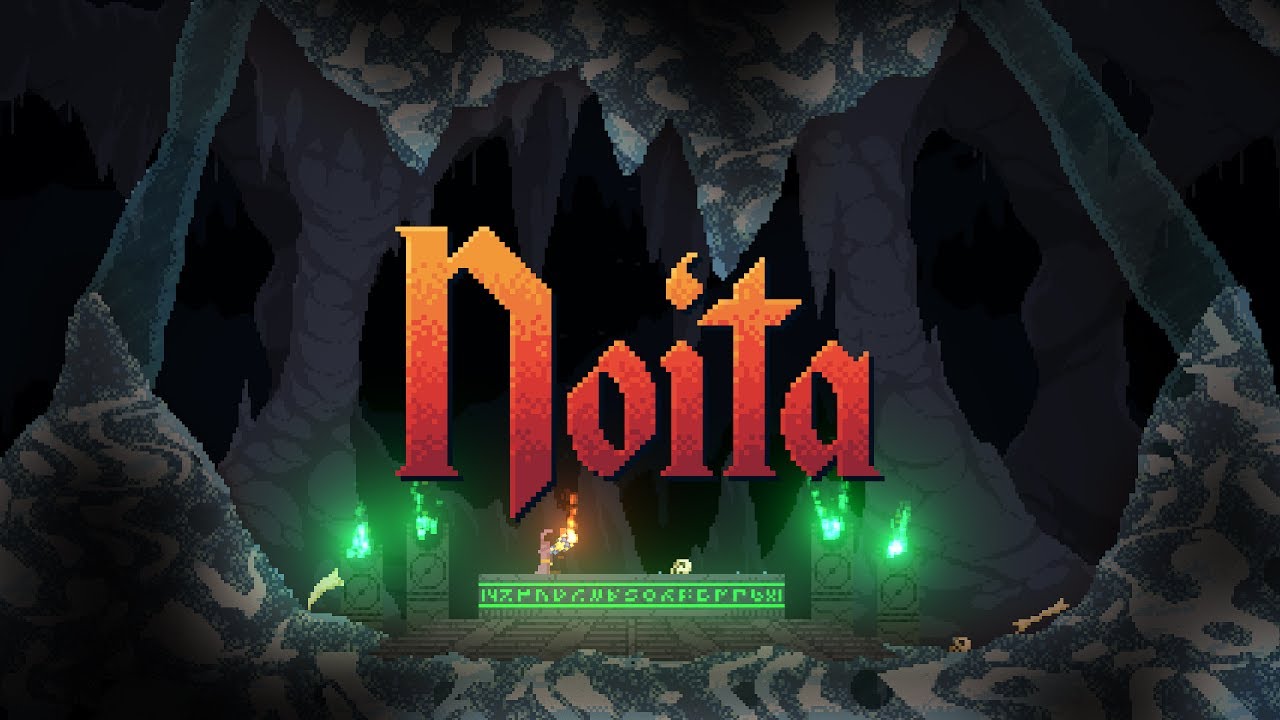 Looking for a great-looking indie roguelike? Then check out the trailer for Noita…

Noita is a 2D action game that, according to its designers, will “physically simulate” every pixel. Unless you’re a developer yourself, this might sounds like a bit of an abstract term, until you see the game in action. There’s a moment where the game’s tiny pixel hero wanders into a narrow cave and, with a wave of his burning torch, sets fire to the surrounding walls. The resulting blaze streaks ahead into a wider cavern in front of him, setting fire to the monsters within and creating a miniature firework display of explosions.

The meat of the game is an action roguelike with procedurally-generated caverns, not unlike the modern classic, Spelunky; the main twist is that, with that nifty pixel programming above, you can use spells that affect the flat environment in all kinds of fascinating, eye-catching ways. A wave of your staff can turn burning lava into a stone bridge; fire can melt ice and destroy enemies. Blasts of energy can make cave walls crumble.

Simply put, Noita‘s engine creates a wealth of possibilities. If nothing else, it looks like the kind of game we could spend hours just experimenting with. Noita has a great pedigree, too – the people behind it have previously brought us such indie delights as The Swapper and Crayon Physics Deluxe.

Noita’s in development for PC, and there’s no word on a release date yet; if we wind up with some console ports, we’ll be sure to keep you updated.