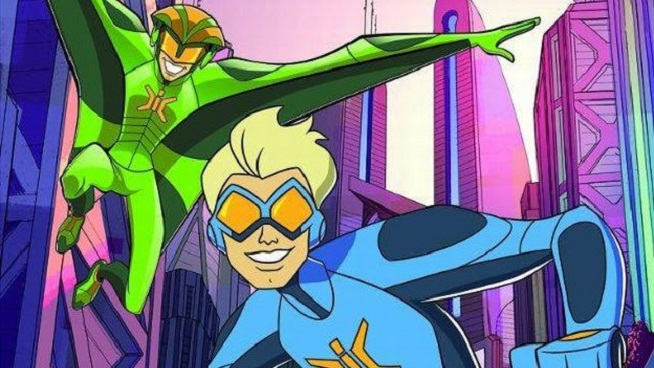 Animated series Stretch Armstrong And The Flex Fighters is due to hit Netflix later this year. Here are the details…

A few years back, Hasbro were hankering for a movie version of Stretch Armstrong to grace the big screen. It was part of a bunch of properties they were developing, along with various board games and toy lines. They even linked Twilight‘s Taylor Lautner to the lead role, and tapped Breck Eisner to direct. At this point, it looks like that project is a lost cause.

But worry not, Stretch Armstrong fans, as Netflix have come to the rescue. They’re about to bring old Stretch to us in the form of an animated series called Stretch Armstrong And The Flex Fighters, which will follow Jake Armstrong and his two mates Nathan Park and Ricardo Perez after they’re exposed to a weird chemical that’ll turn them into heroes. Adventures are sure to ensue. “Stretch Armstrong And The Flex Fighters is the first Hasbro brand to receive a Netflix original series order. We have been waiting for just the right moment to re-imagine Stretch for a new audience and our friends at Netflix got it right away; they have been a tremendous partner,” remarked Stephen Davis, Chief Content Officer and Executive Vice President, Hasbro Inc in a statement. “We have hit a superhero sweet spot, and with Netflix’s global reach, kids across the world will fall in love with its fun characters and action-packed storyline.”

It’ll be landing on the streaming service within the year.