Netflix bags the first TV show from the Coen Brothers 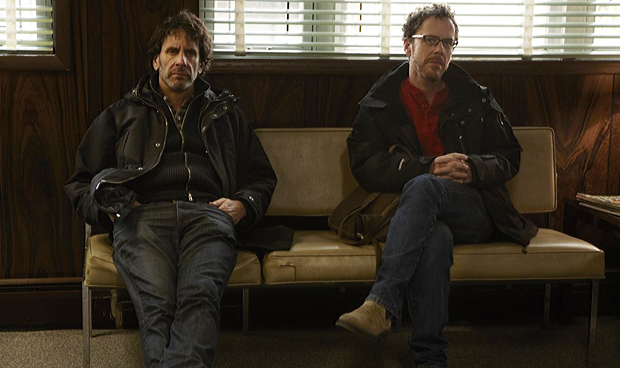 It's been announceed that the Coens will be releasing their first TV series, The Ballad Of Buster Scruggs, on Netflix next year…

Directors Joel and Ethan Coen are about to make their debut on a completely different medium. The sibling visionaries behind classics such as No Country For Old Men, O Brother, Where Art Thou?, The Big Lebowski, Fargo and last year’s Hail, Caesar! are coming to television with an event series that will undoubtedly become a poignant entry in the Western genre.

Variety has reported that Netflix have grabbed the Coen Brothers’ limited series Western The Ballad Of Buster Scruggs. Based on their original idea, the Coens have written the script and will serve as directors on the project.

“The Coens are visionary directors, masterful storytellers, and colourful linguists. We are thrilled for Netflix to become home to the full range of their talents,” said vice president of original content for Netflix, Cindy Holland.

While the Coen Brothers do serve as executive producers on FX’s serial adaptation of their film Fargo, The Ballad Of Buster Scruggs marks their proper television debut, and it will be hitting the streaming service in 2018.

“We are streaming motherfuckers!,” the Coens announced in a joint statement.

Well, that is colourful language and no mistake, Cindy. You’re quite right.