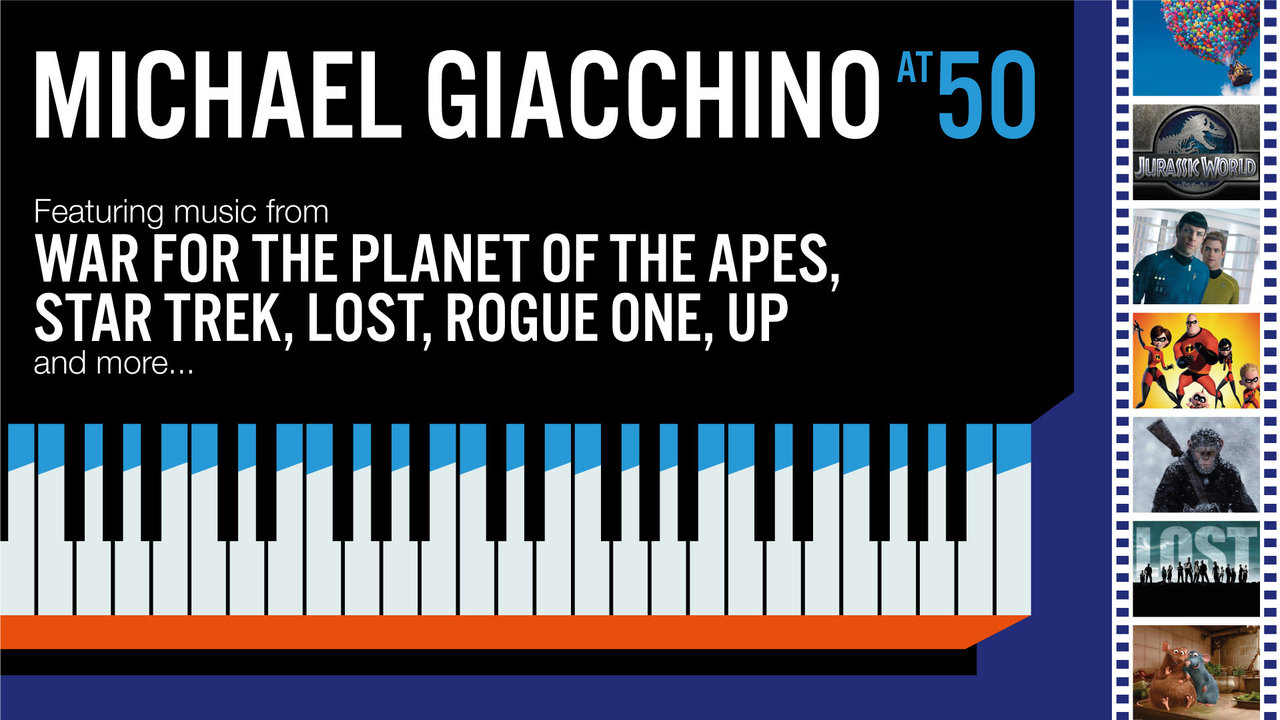 It’s one thing for a celebrated film score composer to share their art with the public. Imparting their impish glee and warm personality on a vast crowd at the Royal Albert Hall makes for a far more entertaining evening all round.

That’s exactly what happened when the noted Michael Giacchino decided to celebrate his fifth decade with an audience of rapt spectactors and Hollywood A-listers: not so much a dry concert recitation as an effusive celebration of one person’s journey into the movie industry. Directors JJ Abrams, Colin Trevorrow, Pete Docter and more all chimed in with live appearances to salute the hard-working, dynamic and likeable composer who has carved out a reputation as much for his committment to melody as for his ability to work quickly under high-pressure circumstances.

Giacchino’s rise onto the soundtrack A-list has, over the past 20 years, been fast-moving and well-earned, and the Albert Hall concert took a winningly intimate approach to this remarkable journey. It began with a projection of the New Yorker’s nostalgic home movies, his palpable glee at visiting Universal Studios for the first time setting the emotional benchmark for the concert itself. (His parents were also present in the audience.) We then launched into a diverse and exhilarating selection of some of the finest score music heard in recent years.

Under the reliable baton of veteran conductor Ludwig Wicki the concert catapulted us from the frenetic, sassy, brassy rhythms of the John Barry-aping The Incredibles to the alternately haunting and rousing suite from the celebrated War For The Planet Of The Apes. The Cinematic Sinfonia were well-adept at the rapid-fire stylistic shifts present throughout Giacchino’s career, from the exuberantly fizzy jazz of Ratatouille to the stupendous orchestral/choral onslaught of the shamefully overlooked Tomorrowland. Meanwhile the closing Super 8 suite, set to a montage of Giacchino’s own movies made with friends as a teenager, was genuinely moving and wistful, defying technical difficulties to win over the audience in fine style.

Giacchino himself took the baton for crowd-pleasing favourites such as the elegaic, string-led finale of season one of Lost. And with the composer’s pleasing desire to jam tongue firmly into cheek, namely with a hilariously funny skit involving an appearance from Gonzo the Great, the magic was complete: this was both a summation of a spectacular career and a delightful trip inside the mind of a talented geek who has made a love of pop culture his life’s work. Frankly, it didn’t last long enough.