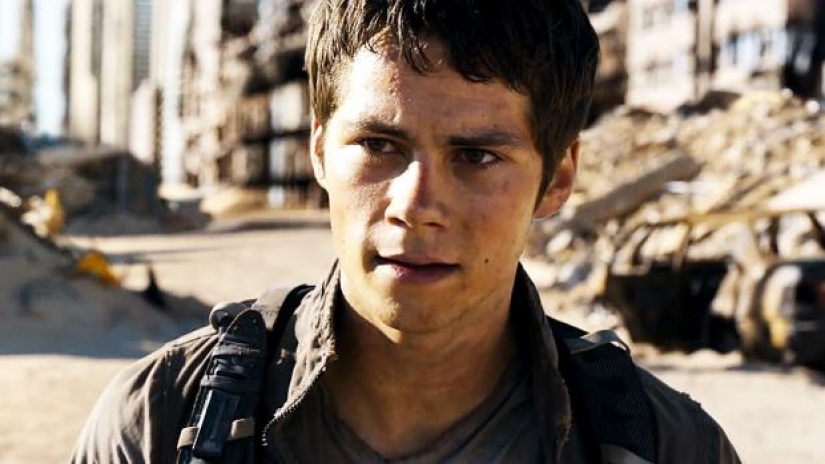 Dylan O'Brien has opened up about recovering from the serious injury he sustained during the making of Maze Runner: The Death Cure…

MTV’s Teen Wolf has blessed quite a few of its cast with golden opportunities. Tyler Hoechlin left the show mid-way through its run to star in Richard Linklater’s well-received 2016 project Everybody Wants Some!! and then filled the red boots of Superman over on The CW’s hit series Supergirl. Colton Haynes also became a fan favourite, and branched out to various other shows, which this year includes Arrow and American Horror Story.

But the one to watch in the successful teen werewolf drama was always Dylan O’Brien, who gave a stand-out performance from the off as the non-supernatural character of Stiles.

The actor’s star was rising after just a few seasons on Teen Wolf, and he soon won the role of Thomas in Fox’s pricey adaptation of James Dashner’s book series The Maze Runner, which lined him up for a big trilogy of films with the studio.

The first two movies did well at the box office, and O’Brien returned to set for the third and final film to reprise his central role, but just a few days into shooting, something terrible happened – an on-set accident during a stunt with two cars left the actor with a concussion, a facial fracture and brain trauma. He then completely disappeared from the public eye to recover, and until now he has not spoken about what happened during that time.

Ahead of the release of his new movie American Assassin, however, O’Brien has sat down with Vulture to address a very upsetting time in his life.

“I was anticipating this for a long time,” he began. “It used to really anger me, even just the thought of it. I just knew that eventually, I would have to be asked about this.”

During his recovery, when the Maze Runner 3 production was indefinitely shut down until he felt able to work again, O’Brien explained to the site that he was “in a dark place there for a while and it wasn’t an easy journey back. There was a time there where I didn’t know if I would ever do it again … and that thought scared me, too.”

And although he still doesn’t want to delve into the details of the accident itself, he knew back then it was serious enough that wasn’t ready to return as soon as the studio would have liked.

“I had lost a lot of function, just in my daily routine. I wasn’t even at a point where I felt like I could handle social situations, let alone showing up and being responsible for work every day. Long hours on set, delivering a performance and carrying a movie … it just makes your palms sweat,” he said, before adding “there was a part of me, too, that was feeling pressured and stressed out by the mere fact that I had all of these people still emailing me, checking in. I would get so fucking mad. Like if ever I heard from a producer [who was] seeing when I’d be able to get back on set, I’d fucking go nuts. It would really, really piss me off.”

When he finally felt able to go back to the set of the Maze Runner sequel in March of this year, however, the actor was more than aware that he’d committed to starring in American Assassin, too.

“I didn’t want to let it go, and I also had this really interesting, deeper connection to this character over the course of those four months because of what I was going through,” O’Brien mused. “I felt like I could portray that and wanted to be the one to do that justice — it was almost like an honour for me at that point. But at the same time, I was still in such a fragile personal state that I had this other force telling me, like, ‘No fucking way’ that I can do it. ‘This is too soon, too soon. Tell them to leave me alone, I need more time.’”

The actor goes on to talk at length about his anxiety during resuming work on both projects. “Nothing inside of you wants to go back to that. It took a lot of deep searching past those gut instincts that I was having just because of the trauma that I experienced to realise that I did want to finish [Maze Runner 3].”

O’Brien does seem positive now about moving on from the experience, though, albeit with a more altered outlook than he had before the accident.

“Coming out of the other side of all this is basically a whole new chapter, and I think I will be going about it differently. I’m excited to have more balance going forward. Like, I’m not somebody I don’t think who’s going to do three or four movies a year and feel like I have to constantly pump them out. I think there’s something to be said about pacing yourself.”

You can read the entire interview right here.