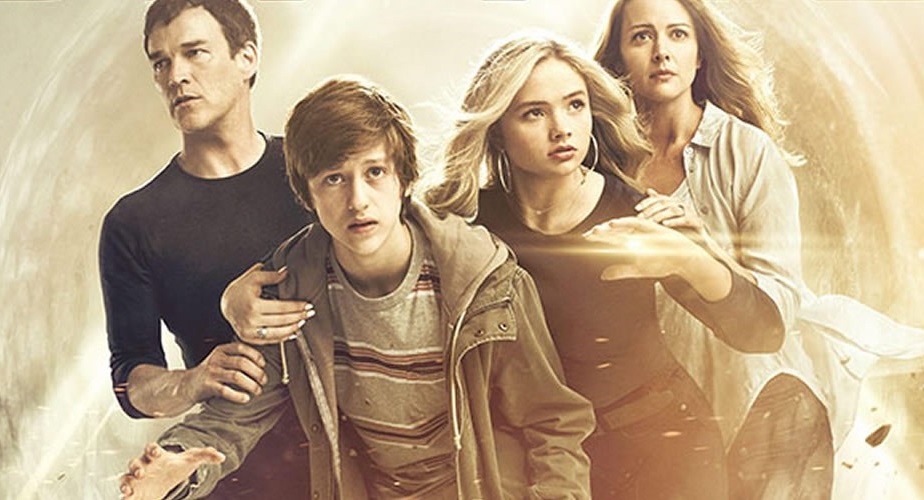 Ahead of The Gifted starting this weekend, we take a look at the mutant families of the Marvel world…

The forthcoming X-Men universe TV show, The Gifted, will be placing its focus on a family dealing with the awakening of its mutant children’s X-genes. Of course, Marvel is no stranger to mutant families – the X-Men franchise is practically overflowing with them.

Within the X-Men comics, the unexpected twists, turns and revelations about parentage that make it near-impossible to keep things straight. I’m trying not to include alternate-universe characters unless they’ve had a significant impact on the ‘real’ Marvel Universe too, otherwise let’s face it – we’d be here all week. As the leader of the Brotherhood of Evil Mutants, Magneto was the de facto patriarch to a substantial number of mutants – although in some cases, that meant literally. At one point, Magneto was thought to be the father of the X-Men member Polaris (who will be appearing in The Gifted, no less!) as well as the Avengers, Quicksilver and the Scarlet Witch. This, in turn, made him the grandfather of their children – Luna (a human child born of Quicksilver and Crystal, an Inhuman) and the Scarlet Witch’s mystically-created twins, Wiccan and Speed (both members of the Young Avengers).

Of course, comic history being what it is all of this has been rescinded at some point. Polaris was first confirmed to not be Magneto’s daughter, until a few decades later it was re-confirmed that actually, she was, while recently Quicksilver and the Scarlet Witch were shown to be the children of the Roma couple, Django and Marya, that raised them, as they originally believed before Magneto’s parentage was revealed. Comics, right?

As it stands, Magneto is known to have fathered two children: Anya, with his wife Magda, both of whom were killed before the child’s mutant powers would have manifested, and Polaris, with a woman named Suzanna with whom Magneto had a brief affair.

Magneto also has a clone/twin called Joseph who is somewhere out there, although it’s safe to say he probably won’t show up to any family reunions. Raven Darkholme is over a hundred years old, and that means she’s had plenty of time to sow some wild oats, as you’re about to discover.

Mystique has at least two biological children: Nightcrawler, who she fathered with the demon Azazel, and the late anti-mutant campaigner Graydon Creed, who she fathered with Sabretooth. Mystique was also the adoptive mother to Rogue, taking her in when she ran away from home following the manifestation of her powers.

So that takes care of Mystique’s immediate family, but the extended family is considerably more complicated. Azazel also fathered a number of other mutants as part of his attempt to escape hell (don’t ask) including Abyss and Kiwi Black, making them the half-siblings of Nightcrawler and Rogue but not of Graydon Creed. Nightcrawler, meanwhile, was adopted by a circus family after being abandoned by Mystique and gained two additional siblings, Jimaine Szardos (aka Amanda Sefton) and the late Stephen Szardos.

FURTHERMORE, Mystique’s partner Destiny is believed to be the grandmother of the precognitive mutant Blindfold, making her the great-niece of Mystique’s children, including Nightcrawler and Rogue. Although to be honest, at this point I’m not sure even they’ve managed to figure that out. Hoo boy, here we go. This is the big one. Take a stiff drink now.

SO. Major Christopher Summers and his wife, Katherine Summers, had two children: Scott and Alex, who would later go on to become the X-Men Cyclops and Havok. However, while the children were still young the parents were teleported from a plane crash by the alien Shi’ar, though Katherine had already pushed her children out of the plane wearing a parachute.

Scott and Alex were sent to an orphanage, while Christopher and Katherine remained in space. Katherine was found to be pregnant and her child, Gabriel (the mutant Vulcan) was raised by the Shi’ar after a failed attempt to escape from them. Christopher, thinking all three of his children dead, remained in space as the captain of the alien pirates, the Starjammers.

Back on Earth, Cyclops was romantically involved with Jean Grey until her death, at which point he fell in love with Madeleine Pryor and fathered a child – Nathan. However, Pryor turned out to be a clone of Jean, at which point she turned evil and died, just after it turned out Jean Grey was alive all along (sort of).

Nathan, meanwhile, was infected with a techno-organic virus by Apocalypse and then taken 1000 years into the future for his protection. Here he was cloned, and the clone – Stryfe – was raised by Apocalypse. The adult Cable also adopted two children of his own – Tyler (aka Genesis) and Hope Summers.

Still with me? Good. Because there are also at two alternate-reality members of this family worth mentioning (and a few more that aren’t). The first is Rachel Summers, the daughter of Scott and Jean/Phoenix, who returned to the present day and remains in the Marvel Universe. The other is Nate Grey (aka X-Man), an alternate-universe version of Cable who was created by an alternate version of Mr. Sinister in the Age of Apocalypse reality but crossed over into ours, where he died then got better.

That’s basically it for the most interesting members. Jean has a lot of relatives, but most of them were killed by the Shi’ar in an attempt to prevent the Phoenix re-emerging through her bloodline. Cyclops also has at least one possible brother – Adam-X, who is the son of the Shi’ar emperor D’Ken and a human woman who could be, but has never been confirmed as Katherine Summers.

Not so much a family tree as an entire forest. But that’s what happens when you’ve got TWO X-Men in a relationship. Twice the complexity, twice the confusion… We’ll finish off with an easy one: Professor Charles Xavier.

Despite what the movies might have you believe, Professor X has no childhood connection to Mystique. He DOES, however, have a connection to the Juggernaut. We’ll get to it.

Charles Xavier was born the son of Brian and Sharon Xavier. But before that, he killed his twin sister (actually an evil psychic mirror entity known as a ‘mummudrai’) in the womb – though her consciousness survived and she regrew a body to become the villain Cassandra Nova.

When Brian Xavier was killed in an accident, Sharon she married his colleague, Flint Marko. Flint’s son, Cain, became Xavier’s half-brother. The pair would later fight overseas together in the military where Cain stumbled upon the Ruby of Cyttorak, which transformed him into the Juggernaut.

Of course, if you need further evidence of how convoluted these families can get… Professor X was married to Lilandra Nermani, the sister of D’Ken, who is the father of Cyclops’ probable brother Adam-X. Xavier was also secretly married to Mystique (though that may have been erased due to temporal manipulation, the story was frustratingly vague), meaning that through him you can potentially unite the Summers-Grey-Darkholme-Xavier family trees into one giant, convoluted web of confusion.

If anyone wants to try and make a diagram, we can’t wait to see it. And fingers crossed The Gifted keeps its familial relationships a little more straightforward than your average X-Men comic…

The Gifted starts on Sunday at 9pm on FOX.