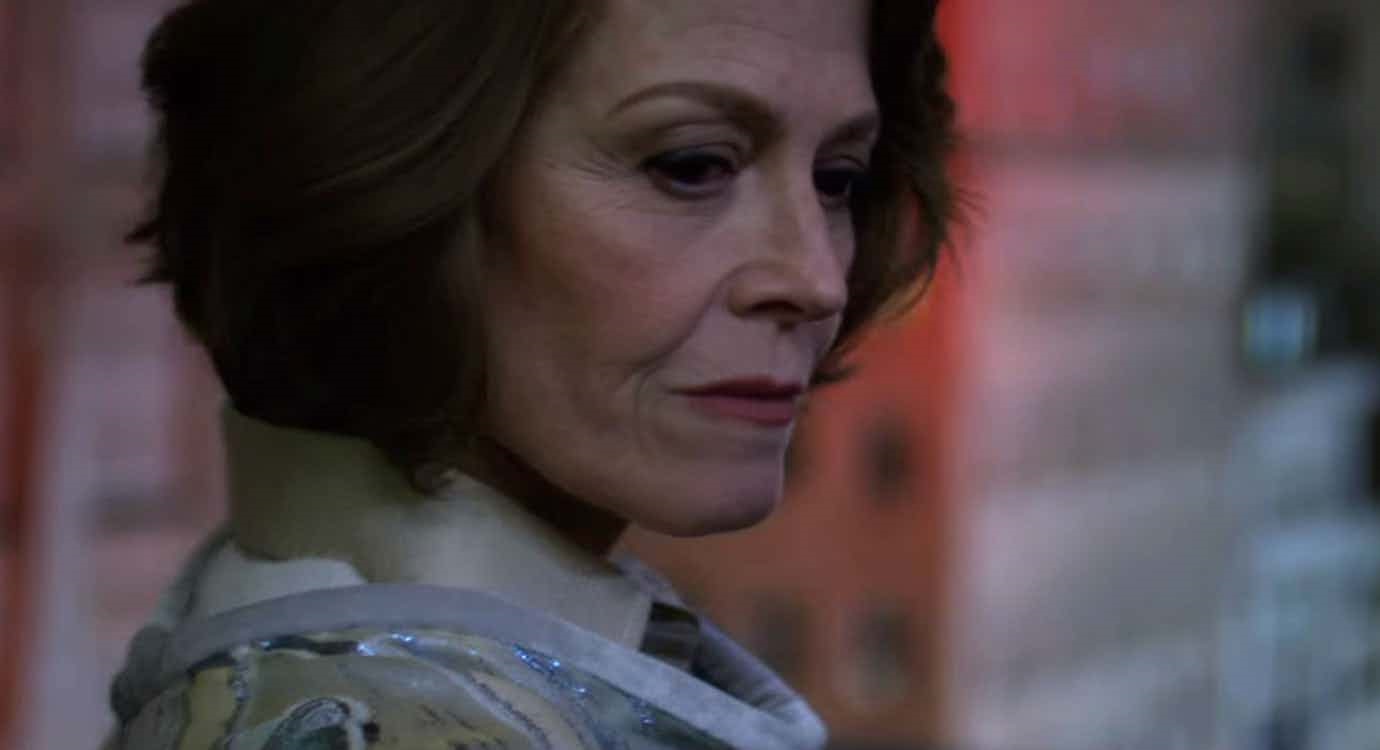 James tries to suss out which character Sigourney Weaver will be playing in Marvel's latest Netflix superhero show, The Defenders…

The Defenders panel at SDCC was the last big opportunity for Marvel to reveal any twist on the identity of Sigourney Weaver’s character ahead of the miniseries’ debut, and in true Marvel Studios fashion, they weren’t letting anything slip. We’ve seen a little of her, we know she’s someone important to The Hand – but right now, we’ve got no clue who she’s going to play. All we have to go on is the name ‘Alexandra Reid’ – if that is indeed her real name – and that means it’s up to us to try and solve the mystery…

With spoilers, of course, for the entire Marvel/Netflix slate to date, here are our guesses for who Sigourney Weaver is REALLY going to play in The Defenders. This rumour was swirling around the shortly after Weaver was announced, but we’ve seen little that confirms it just yet. Mephisto is, essentially, Marvel’s version of the devil – or one of them, at least. Although normally depicted as male, there’s no reason Weaver couldn’t be playing this supernatural manifestation of evil incarnate – except for the fact that Mephisto, as a villain, is probably a little too high-profile to be spent on Marvel television.

As it is, he’s generally the kind of character Marvel Studios might hold onto for a Doctor Strange sequel, or even a Ghost Rider movie. The separation between TV and movies being what it is, Mephisto is a little too A-list to give away freely. That’s not to say it couldn’t happen – certainly, the world of The Defenders isn’t without supernatural elements – but in terms of Marvel’s mystical stable, this would be like putting Kang on Agents Of SHIELD. He’s almost certainly too big for it.

2. The Beast of the Hand Our choice for the most likely candidate, the Beast is an ancient demon worshipped by The Hand, and the source of their mystical abilities. The Beast uses The Hand to feed his hunger for destruction, and he’s able to incarnate into human bodies to issue his instructions.

This was most prominently seen in the Daredevil storyline Shadowland, in which Matt Murdock rose to become the leader of The Hand and was inadvertently possessed by The Beast as a result. In those comics, it took a mystical punch from the Iron Fist to bring him back to his senses. The show has already shown us that the Iron Fist is the weapon that can defeat The Hand, and a recently released promo made it very clear that Gao – who leads a faction of the Hand – is subservient to ‘Alexandra’ and her wishes. This all fits with the use of The Beast as the series’ antagonist.

Crucially, this isn’t a character who can work outside the context of The Hand, either. Unlike Mephisto, The Beast is built for this kind of story – mostly street-level, but with mystical elements. This is where the smart money is. Let’s give credit to Marvel. Maybe Alexandra IS a completely new character, just like they said when she was announced. No-one in the comics is called Alexandra Reid, after all – though coincidentally ‘Alexandra’ IS Sigourney Weaver’s middle name. It could be that Netflix knocked together a new character who’d fit as the antagonist for Daredevil, Jessica Jones, Luke Cage and Iron Fist.

Perhaps she’s involved with IGH, the strange and largely unexplored company that helped give several of the Netflix characters their powers – that would, after all, give Danny a corporate enemy to fight, and we’ve seen that The Hand is no stranger to working with corporate partners, which explains Gao’s involvement.

The problem is, although creating an original character might solve a lot of problems for Marvel/Netflix, it would deprive fans of the opportunity to see an established character put on screen. There’s a good reason they’ve resisted doing that so far, and that’s because fan-service is the whole reason the MCU exists at all. Why create original villains when there are a thousand already cool ones to use instead?

Jeph Loeb did recently tell Entertainment Weekly that Reid was “part of a long-term plan to get something done”. So what if, rather than being the Beast, she’s a new character who’s attempting to incarnate The Beast for the Hand? It’s certainly possible. They’re digging under New York for SOMETHING after all…

Anyway, you might want to take Marvel’s word on this. It’s not like they were lying about Michelle in Spider-Man Homecoming, after all… An unlikely source – the Defenders’ costume designer Stephanie Maslansky – told the International Business Times in an interview that Alexandra was “the head of an ancient organization which is grounded in the comics. I hope that her wardrobe reflects that kind of ancientness.”

Now, that might mean The Hand – they are, after all, pretty old. But who else might it mean? It could be someone like the Eternals, or the Deviants – ancient races who would potentially be powerful enough to order The Hand around. But here’s an outside guess: what if it’s SHIELD and Weaver is playing Contessa Valentina Val Allegra de Fontaine?

The MCU’s version of SHIELD, after all, is pretty sketchy. The most we know is that they emerged, post-WW2, out of the SSR and were overrun by Hydra infiltrators from the start. But in the comics, SHIELD has a history that stretches back centuries to ‘The brotherhood of the shield’, which was founded in Ancient Egypt and recruited the best thinkers – good and bad – as part of their organisation.

As a SHIELD agent, De Fontaine would be more than morally ambiguous enough to be an antagonist for the Defenders, and it’d be an interesting way to tie together the TV shows and the movies, by bringing back the organisation that spawned SHIELD.

The case for is that Weaver certainly looks the part, and almost no-one would see it coming, but virtually everyone watching would understand it. The case against are that SHIELD has had no role in Defenders so far, and that the character might be better served by being saved for her role in Nick Fury’s solo adventures, if/when they get to that. The Kingpin might be the head of crime in New York (well, when he’s not in jail) but that doesn’t mean he was the first to hold that position. Prior to the Kingpin, there was another: Alexander Bont. Perhaps pertinently, he made a name for himself as an up-and-coming crime boss when he killed a costumed hero known as The Defender.

Now, obviously, Weaver isn’t playing Alexander Bont. But could she be a gender-swapped version of the character? In one of the Defenders trailers, she does give Elektra a speech where she claims she’s “just trying to get back what’s [mine]”, and that could mean the city of New York. Perhaps Alexandra is just a Kingpin looking to assert her control over the city even as the Defenders repeatedly bring down her operations.

A long shot, for sure, but it’d be a role Weaver could make her own, and one that’s in no danger of upsetting fans of comic lore hoping to see the ‘real’ Alexander Bont. He has, after all, appeared in only one major storyline, fighting Daredevil and the White Tiger.

Anyway, we’ll find out soon if any of this speculation is correct. Defenders will be available on Netflix on August 18th.