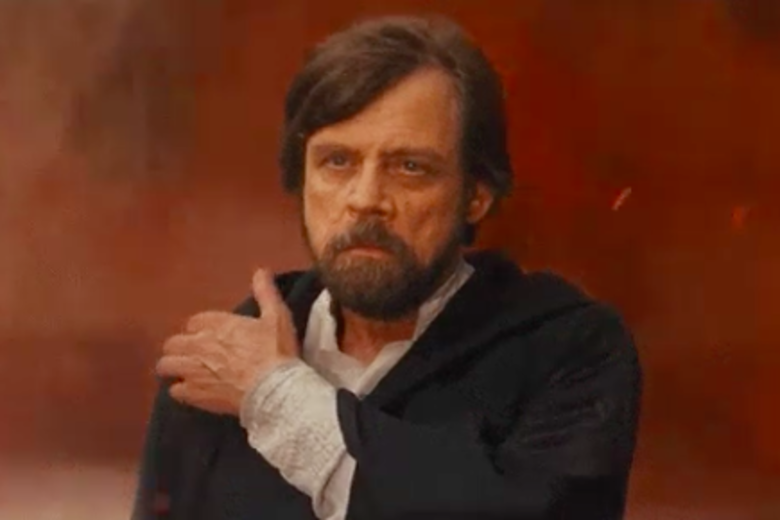 Like Episode VII the latest Star Wars installment is jam-packed with action, fight scenes, extraordinary animals, lovable characters and humorous moments. Including hilarious lightsabre jokes fans have been craving since Obi-Wan handed Luke the legendary weapon. Although the porgs provide a fair amount of humour it is the other animals (fathier and vulptex) that deserve mentioning. They give depth to the movie and enthrall the audience from their first moment on screen.

We see decent character development as Fin and Poe find their place within the Resistance, with new character Rose providing some much needed balance between the former Storm Trooper and the star Flyboy. Fin learns much more about why people join and fight for the resistance. His relationship with Rose gives him more of a grounding as a person than only clinging to Rey. “That’s how we’re gonna win. Not fighting what we hate, saving what we love” Rose tells Fin and this could well give him the courage to stop running and be the hero people believe he is. Poe on the other hand learns when not to fight and how to value life, developing him into a promising leader. It is nice how his struggle mirror’s Fin’s in that he has to learn when not to think like a hero, but be human.

The tension and interaction between Kylo Ren and Rey was meticulously woven leading to one perfect moment where they balanced each other. (And might I mention how epic that duel was!) The force bond was a good touch and reference to the legends universe. Even though the “bond scenes” felt drawn out at times and could have been more compact. When Leader Snoke is defeated, the painful realisation that the light and dark side could not merge should form the basis of their dealings in Episode IX. Rey’s origin also emphasizes that a person from “nowhere” can become extraordinary. This is a nice nod to Anakin Skywalker.

All things considered, The Last Jedi is a climatic conclusion for Jedi Master Luke Skywalker. In A New Hope Luke became the last Jedi, which he unsuccessfully tried to rectify by training a new generation, but in the end it is the only title he was able to hand over to Rey. We witness his guilt and fear. Strong dark emotions that make us wonder if that is not why he cut himself off from the force. It is only after Rey left that Luke, under the guidance of his old master (WE GOT TO SEE YODA!) finally makes peace with the Jedi and all their – and his – failures. In this he experiences hope again. Luke was able to re-connect with his sister and in his last fight against Kylo Ren we witnessed the distinctive Skywalker sass absent in his prior actions. The final moments of the Jedi Master are reminiscent of a boy from Tatooine looking to the horizon. It could not have been more fitting.

Love it or hate it, the Last Jedi delivered what is needed in the middle film of a trilogy. Bad guys get a lot of power, overwhelming the good guys. The high losses to the resistance and Rey’s awakening Jedi powers sets the scene for good to (against all odds) triumph over evil in Episode IX.