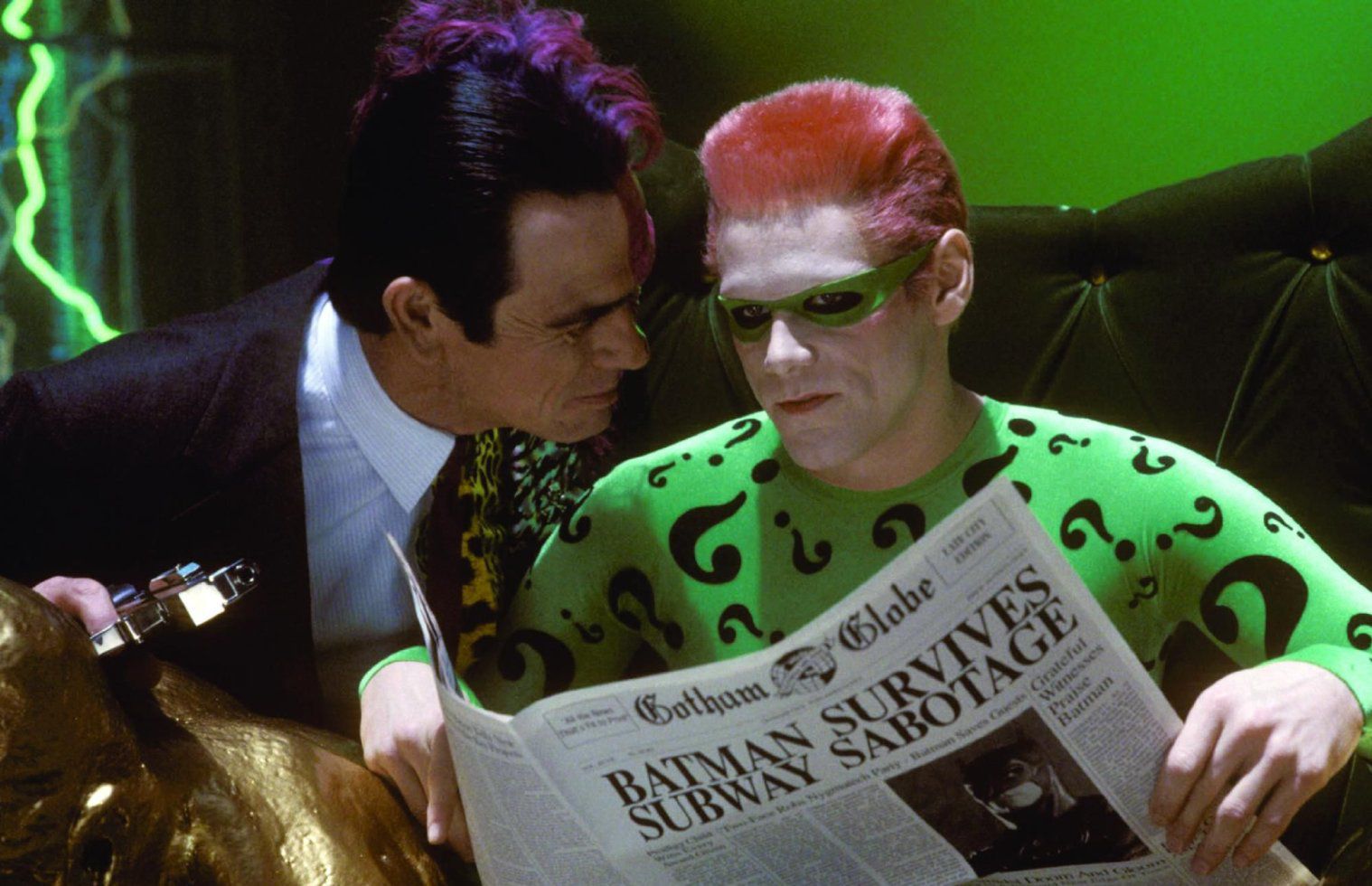 In a video interview, Jim Carrey reflects on his time as the Riddler in Batman Forever, and why he and Tommy Lee Jones did not get along.

If you were not around in 1995 when Batman Forever came out, it’s hard to convey just how big the movie was upon release. Val Kilmer, fresh off minting his movie star status via Tombstone, was playing a suaver and more seductive Caped Crusader, Nicole Kidman’s status was just recently on the rise in the U.S., fast food cross-promotions were everywhere, and you couldn’t escape that Seal song about kisses and roses, even if you wanted to.

Still perhaps one of the biggest gets for the franchise’s younger fans was the addition of Jim Carrey as the Riddler. A comedian who became an overnight sensation with slightly less mature audiences following Ace Ventura and The Mask, his casting was hailed as the equivalent of getting Jack Nicholson to play the Joker.

However, some older moviegoers were less keen. And that includes Tommy Lee Jones, who played the Riddler’s glorified sidekick and fellow fiend, Two-Face. Jones’ cool disdain toward Carrey has become infamous over the years, and it’s something Carrey still remembers well. Hence he talked a little about it again while chatting with Norm MacDonald this week.

In the third season of Norm MacDonald’s online talk show (via EW), Norm MacDonald Live, Carrey recalled, “I was the star, and that was the problem.” Leaving the viewer to fill in the gaps of what that means, Carrey elaborated by recollecting his much talked about awkward dinner chat with Jones in a restaurant.

“I went over and said, ‘Hey, Tommy, how you doing?’ And the blood just drained from his face like he had been thinking about me 24 hours a day. … It was before the biggest scene we have together in the movie. The blood just drained from his face. He started shaking and he got up and … he must have been in mid-kill-me fantasy or something. He went to hug me and said, ‘I hate you. I really don’t like you.’ I said, ‘Gee man, what’s the problem?’ I pulled up a chair, which probably wasn’t smart. And he said, ‘I cannot sanction your buffoonery.’”

At the time, it was probably hard to imagine anyone feeling that about Carrey, however times change and it seems Carrey understands a bit more about why anyone during an earlier time would say that to the man who wore a sport coat with electric, neon lights in the shape of question marks lighting up the soundstage…