Hollywood and the closing cinematic window 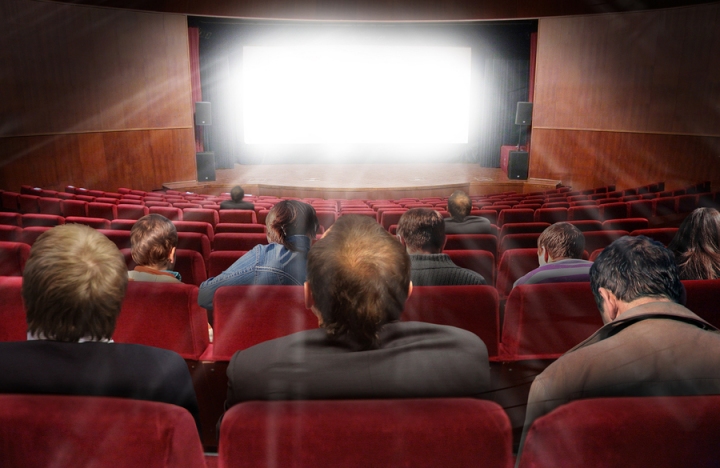 After a somewhat bruising summer blockbuster season for cinemas, in which gross receipts were 13% down from last year, it can’t be good news for them that video on demand could be closing the window between exhibition and home release even further. And yet, as The Hollywood Reporter revealed yesterday, some Hollywood studios are close to reaching an agreement on a premium VOD service that could take effect by the end of the year.

Of a number of different proposals, the one that’s currently gathering the most steam is a model proposed by 20th Century Fox, whereby new movies would be available to stream at home for a rental fee of $30, within 30 to 45 days of its release in cinemas. Comcast, Apple and Amazon are reportedly collaborating on making this system deliverable for trials in early 2018. This would narrow the cinematic window to a month and a half at most, which could be a problem for cinema owners.

It’s not the first time this has been suggested by the studios. On this side of the pond, Odeon had a public fracas with Disney back in 2010, over their plans to release Tim Burton’s Alice In Wonderland on DVD and Blu-ray just three months after its cinema release. Backed by Vue and Cineworld, this could have ended in a UK boycott of the film, but Disney relented and agreed to a four month window instead. The following year, Universal came up against exhibitors in America over their plan to introduce an on demand model for digital subscribers, starting with the Ben Stiller and Eddie Murphy-starring comedy Tower Heist. They would have rolled out the film for home viewing at the steeper price of $60, but again, backed down after the National Association of Theater Owners threatened a boycott in cinemas.

But the power of cinema owners may well have dwindled over the last six or seven years, due to fluctuating box office receipts and increasing ticket prices. Tower Heist might not have been the most appealing film with which to pilot this kind of PVOD (premium video on demand) model, but if you could get enough people round to watch the latest Fast & Furious film, $60 might better value for money than going to your local cinema to see it, never mind the new, currently mooted $30 price point.

Aside from cinema owners’ objections, the main obstacle to a workable PVOD service is finding a model in which several studios can agree to invest.

Universal, which is owned by Comcast, and Fox, who advanced this model, are seemingly on board. Warner Bros put forth a more aggressive model – $17 after 50 days – and it’s not clear if they’ve relented, and other studios are more tentative about clubbing in. Any PVOD service would have to make individual deals with these studios, which is slowing the process.

As yet, Disney is taking no part in any of these negotiations, as they usually enjoy long and profitable theatrical runs for their releases – last month, they even increased the screen count for Guardians Of The Galaxy Vol. 2, after it had already been playing for a while, and enjoyed a bump in their US box office receipts for that week. They’re sitting pretty through the theatrical model, which gave them all of the top five highest grossing hits at the worldwide box office in 2016, (Captain America: Civil War, Rogue One, Finding Dory, Zootropolis and The Jungle Book) and four of those grossed over $1bn each.

It will certainly be interesting to see on which side of the debate filmmakers will fall. While promoting his new film Dunkirk, Christopher Nolan has been vocal about his commitment to IMAX and making films for the biggest screens possible, which has led some to accuse him of being oblivious to ticket prices, which are prohibitive for some film fans (although few could quibble they got value and a half from watching Dunkirk on an IMAX screen). There’s already a premium on the cinematic experience, so a so-called premium VOD service might be more palatable to those who don’t want to break the bank watching a movie.

Earlier this year, there was snobbery at the Cannes film festival when two of Netflix’s movies, Okja and The Meyerowitz Tapes, were accepted in competition. The French cinema industry is operated on ticket sales, and neither film will play in French cinemas, despite limited releases elsewhere in the world. In response to the controversy, jury president Pedro Almodóvar, who has recently signed up to make a new show for the streaming giant, favoured cinemas.

“I personally don’t perceive the Palme d’Or [should be] given to a film that is then not seen on the big screen,” he told the press. “All this doesn’t mean that I am not open or celebrate new technologies and opportunities, but [as long as] I’m alive I’ll be fighting for the capacity of hypnosis of the large screen for the viewer.”

Counter to this, Okja‘s director Bong Joon-ho is among a number of directors who has praised the creative freedom afforded by Netflix, and other studios that don’t have the financial pressure of creating a product that has to wash its face after being rolled out on thousands of cinema screens. Increasingly, filmmakers are moving in that direction too. Heck, even Martin Scorsese’s movie will be released on Netflix first.

Many of us prefer the big screen to home viewing, but it seems inevitable that there’ll be a major paradigm shift in distribution, as studios and exhibitors try to reinvigorate audiences. There have been a lot of excellent blockbusters in competition with each other this year, but there hasn’t been enough oxygen for some of them in a marketplace that has been crowded by abortive cinematic universes and uninspired retreads.

On the other side of things, consumers’ desire to watch films at home aren’t just about convenience, and apathy towards cinemas feels like self-inflicted by multiplexes. In the bigger chains, there are continual failures to assure the standard of the presentation, or to keep more disruptive patrons from ruining it for everyone else.

We’ve all got a couple of these stories, but here’s one of mine – at a recent chain cinema screening of Mad Max: Fury Road in its Black & Chrome incarnation, the sound dropped out no less than five times in the first hour of the film. After repeated complaints from customers, the volume was then turned up past ear-splitting extremes for the rest of the movie to compensate. Multiplexes have a business model that doesn’t prize the cinematic experience, so it’s little wonder that they would be nervous about customers watching movies at home instead.

All personal preference aside, if you love film, you will watch it any which way you can, whether that’s on an IMAX screen or a screen you can hold in your hand. But as home screens get wider, that cinematic window will continue to close, and it’s on both studios and exhibitors to take a look at what they’re doing and find the way forward.