Hitman TV series on the way from John Wick creator 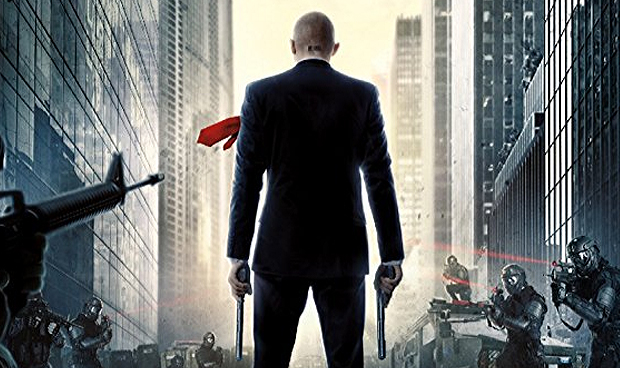 Hitman, showcasing the signature shaved head, barcode tattoo, slick suits and dual pistols of anti-hero Agent 47, has been a monumental multimedia presence since its 2000 video game debut, spawning several sequels and even two film adaptations. However, the franchise will soon make its deadly mark in new territory, with Hulu’s plans for a television series adaptation.

The streaming outlet is teaming with Fox 21 to bring Hitman to the small screen, reports Deadline. Tackling the tough task of adapting the oft-adapted, 25-million-unit-selling, video game franchise, especially after two (financially disappointing) attempts to strike box office gold with 2007’s Hitman and 2015’s Hitman: Agent 47, the studio has brought in a contemporary action heavyweight in Derek Kolstad, the writer and creator of the 2014 bellwether action flick, John Wick, 2017 sequel John Wick: Chapter Two and the 2019-scheduled John Wick: Chapter 3. He has penned the pilot and will serve as an executive producer alongside Adrian Askarieh and Chuck Gordon, under the purview of Fox 21’s Bert Salke, Jane Francis, Gloria Fan and Kira Innes, and Hulu’s Jordan Helman.

Hitman centres on Agent 47, a nameless assassin who initially works for the secretive International Contract Agency (ICA), taking assassination requests for high-end clients. He was quite literally born for his work, since he is a genetically modified clone, one of many, who lack real identities and sport an identifiable barcode tattoo on the backs of their heads. Handled on behalf of the organisation by Diana Burnwood, Agent 47 is known as the deadliest and most efficient killer of the bunch. However, every now and then, 47 encounters moral dilemmas that put him at odds with those who control his puppet stings. Thus, besides ruthless killings, the franchise also fixates on 47’s attempts at self-discovery.

The 2007 Hitman film, directed by Skip Woods, saw Timothy Olyphant play Agent 47. Earning $99.9 million worldwide, it wasn’t a dud, but, at the same time, didn’t set the world on fire. Eight years (and numerous video game sequels,) later, a reboot arrived with 2015’s Hitman: Agent 47, which, directed by Aleksander Bach, cast Rupert Friend as 47. It failed to match even what its predecessor made, earning only $82.3 million worldwide. However, the Hitman video games still maintain a successful following and the 2016 current-gen reboot game sold 7 million units and earned generally positive reviews, with two more games set for development; something that may justify this latest, medium-moved, live-action adaptation. Indeed, the TV pilot will reportedly follow the story of the video games closer than the film adaptations.

There’s no word yet on when to expect Hitman to arrive on Hulu. We will keep you updated on the latest developments.