Gotham season 4 episode 7 review: A Day In The Narrows 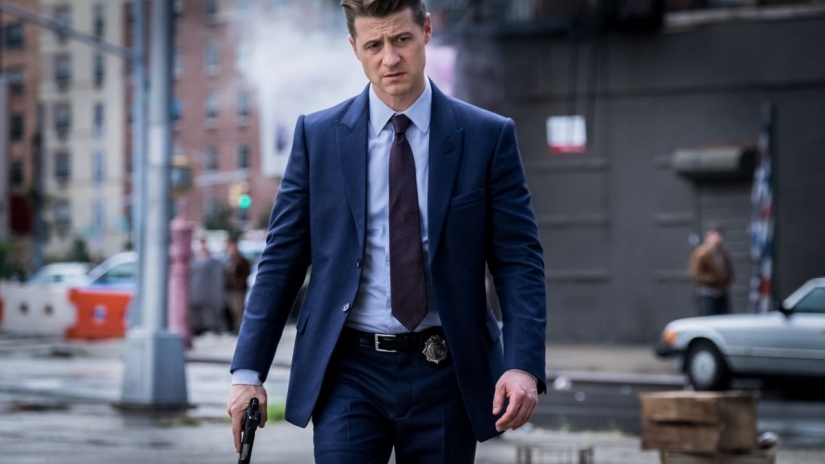 Professor Pyg gets the GCPD to do the impossible: confront its corruption. Spoilers ahead in our review…

For the first time, potentially in the four-year history of this show, Gotham has made an effective argument for the GCPD. It only took playing the corrupt cop thing out to some of its darkest conclusions for it to get there.

A Day In The Narrows sees Gotham plagued by Professor Pyg, who continues to go after corrupt cops — i.e. literally every police officer in the GCPD save for Jim Gordon (who admits openly in this very episode, that he used to be a corrupt cop — my, look how honest with itself Gotham is being). Rather than making the members of the GCPD turn honest, Pyg’s rampage only makes them lean deeper into corruption in the form of Penguin’s own private army. When the GCPD is sent 44 pig heads, one for each cop (except Gordon), and takes three cops hostage, the entire force heads into the Narrows to save their fellow corrupt cops from Pyg’s insane grip.

Penguin’s private militia, led by a charismatic Headhunter (Mr. Hunter, to Penguin), takes the lead, encouraging the members of the GCPD to play by thug rules. In an effort to get information about Pyg from the poorest members of Gotham City, the GCPD and Penguin’s men alike literally beat it out of them. It all comes to a head when Headhunter drags a sick old man out into the street and puts a gun to his head in order to get his wife to talk. It’s the kind of behaviour that Bullock, who is now open about accepting bribes and help from Penguin, has let happen.

By teaming up with and legitamising Penguin, Bullock has sacrificed the moral and ethical highground, but it has given him results. It’s only later that Bullock loses results, too, leaving him nothing. When Pyg sets up a trap for the GCPD, Bullock charges in with his men and, caught up in the devil-may-care attitude of Penguin’s men, shoots one of the kidnapped police officers, whom Pyg has dressed up to look like him.

Bullock and his men, save Gordon, are pinned down with no way out (though, presumably, they could have just waited for the automated machine guns to run out of bullets?), which is when we see the limits of mercenaries vs. dedicated police officers. Penguin orders his men in to save those who have been pinned down, but they refuse. When your only motivation is money, your limits come up relatively fast.

This is a turning point for the GCPD and perhaps the show. It is the day when Bullock stopped taking bribes from Penguin, when at least some of the GCPD’s police officers finally realised corruption doesn’t serve the individual well forever, and Jim Gordon started to earn some respect — both from his fellow police officers and from this viewer. It only took four seasons and a pig-obsessed criminal to do it, but I’ll take what I can get.

While the tide was turning for the GCPD, so too was it for young Bruce, who seemed to more fully embrace his Bruce Wayne persona. When he runs into an old schoolmate, Grace, at his fundraiser, she convinces him to go clubbing with her friends. At first, Bruce’s internal struggles over his murder of R’as manifests in clenched fists and daydreams of pummelling one of his snotty peers. But, as the day turns into night, however, Bruce channels his trauma into partying. We see him throw his extreme wealth around to get his new ‘friends’ into a club, and then to engage in some serious underage partying.

While the Bruce Wayne alter-ego is most often treated as a mask of its own sort by Batman canon, here, Bruce seems to be genuinely indulging in the behaviour rather than using it as some kind of disguise. Frankly, with all of the trauma he’s gone through paired with his immense privilege, I’m surprised Bruce hasn’t gone the extreme underage partying route yet.

Elsewhere in Gotham, Barbara is ready to close up shop following R’as apparent death, but Selina and Tabitha attempt to convince her otherwise. For Barbara, the Sirens may have just been a sales pitch, but, for Tabitha and Selina, it was the chance for a real, badass family.

It takes Selina putting herself in mortal danger for Babs to get on board with the family business, giving us one of the best female-centric moments in Gotham so far (which, to be fair, is not a very competitive category): Selina, Tabitha, and Barbara walking in formation after having taken out a whole gaggle of biker dudes and agreeing to properly go into business together. Oh, I’m all in on this.

While Barbara, Tabitha, and Penguin are solidifying their power, Penguin seems more alone than ever. When Sofia’s advice that joining forces with the GCPD will end in Penguin’s humiliation comes true, Penguin murders his own bodyguard, Headhunter, in a fit of anger. It’s unclear if Pyg will come for him, too, though, for now, Penguin seems safe.

We got to see under Pyg’s mask, in some sense, in tonight’s episode, when Pyg went “undercover” as one of the kidnapped cops. He has a heart-to-heart with Jim in the back of an ambulance, telling Gordon he’s “one of the good ones.” If Jim is one of the good ones, who isn’t? Pretty much everyone else in Gotham. Right now, Pyg has a great deal of power, and plenty of potential victims to go after. Something tells me he’s just getting started.