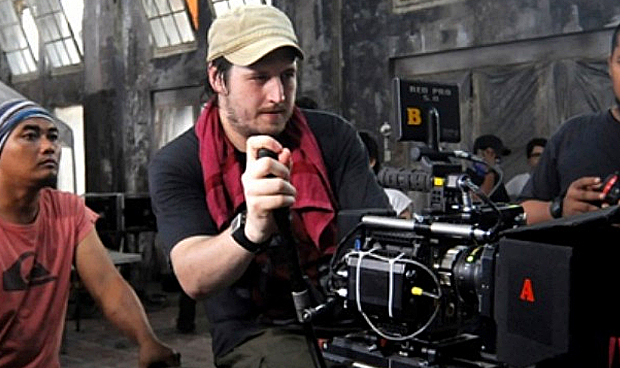 Gareth Evans, the action visionary behind The Raid, will create TV series Gangs Of London for HBO’s Cinemax and Sky Atlantic…

The cult cinema myth of Gareth Evans’s innovative 2011 Indonesian action flick The Raid is still resonating some six years after its release, evidenced by the Welsh helmer’s backlog, which, amongst other high-profile projects, consists of writing/directing The Raid 3 and writing an American remake of The Raid. However, it appears that Evans will also be heeding the peak television call, having been tapped to create an action series called Gangs Of London.

Evans will move forward with creating the multi-part action drama for HBO’s Cinemax and Sky Atlantic, reports Deadline. The series will be a co-production of HBO/Sky with Pulse Films and Sister Pictures, marking the first TV drama produced by the latter. Evans developed the series based off his own original idea, which is completely unrelated to the 2006 Sony PSP video game of the same name, despite the coincidence that Pulse previously optioned the rights to adapt the game as a movie, which was to be directed by The Royals’ Menhaj Huda.

Gangs Of London will depict a version of contemporary London that has been ripped apart by the violent, destructive power struggles of international criminal organisations. The situation becomes a notable powder keg with the inciting incident of the assassination of the leader of a major criminal organisation, which creates a power vacuum that makes the city rife for warfare amongst the underworld. Of course, expect to see the stylistically-choreographed fight sequences that we’ve come to expect from Evans’s The Raid franchise, since the helmer claims that the series will aspire to bring a “cinematic experience” to the small screen.

Evans will step into the director’s chair for the series, working off a script that he co-wrote with a gaggle that includes Peter Berry, Clare Wilson Joe Murtagh along with his repertory cinematographer, Matt Flannery. Pulse’s Thomas Benski and Lucas Ochoa, along with Featherstone and Sky’s Anna Ferguson all serve as executive producers.

Regarding the series prospects, Evans states:

“It has been a thrilling experience to leap into longform storytelling, exploring a multicultural world of global crime as it intersects on the streets of London.”

After making his directorial debut with the 2006 torture/revenge thriller Footsteps and 2009 martial-arts-themed crime drama Merantau, Evans tapped into international acclaim with 2011’s The Raid, followed by 2013 found-footage horror sequel V/H/S/2 and 2014 sequel The Raid 2. Besides the aforementioned The Raid 3, he’s also prepping the 2018 release of action drama Apostle, which will be headlined by Legion star Dan Stevens.

Gangs Of London is eyeing a launch for U.S. and U.K. viewers sometime in 2019.