Game Of Thrones season 7 episode 7 review: The Dragon And The Wolf 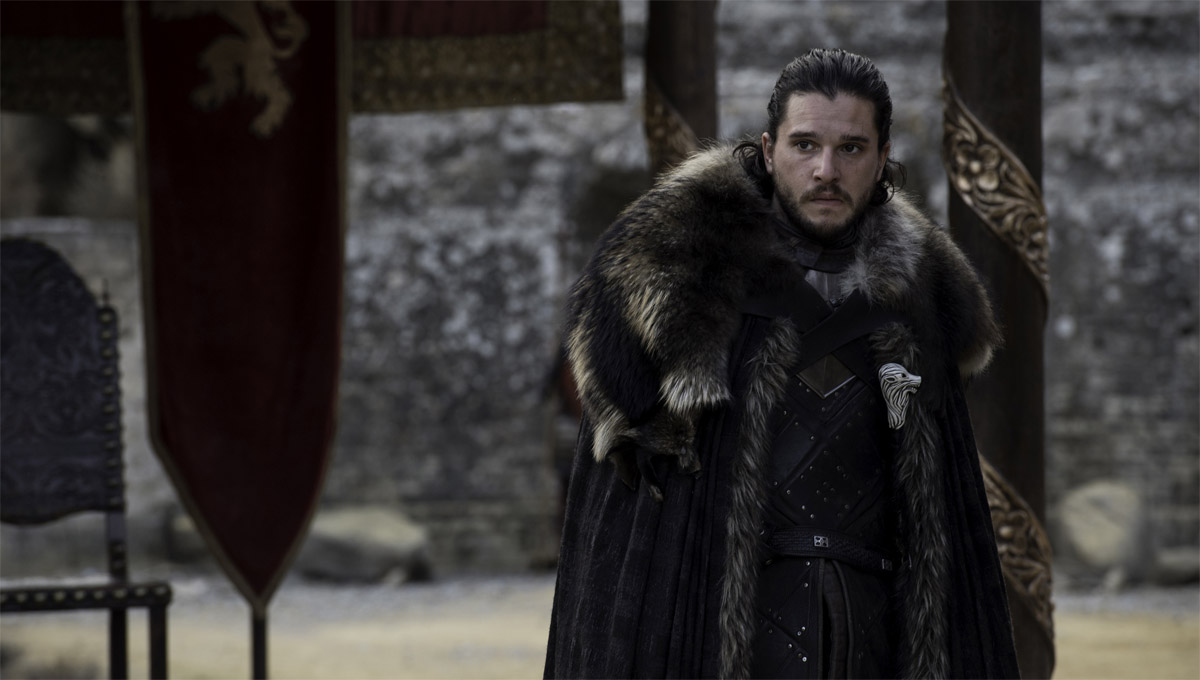 The Game Of Thrones season 7 finale packs a great deal in, including brilliant acting. Spoilers ahead in our review…

7.7 The Dragon And The Wolf

There’s been a lot of complaint about the seventh season of Game Of Thrones. One of the biggest complaints has been regarding its pacing. Yes, it’s been very, very fast. Maybe it’s been too fast. Still, I’ve watched a lot of shows where the opposite has been true, and allow me to suggest to the complaining parties out there that I’d much rather have a show move too fast than too slow. Dragging out too little plot over the course of a full season is a nightmare; at least rushing through to try and get plots sorted out before a finale is moving with energy and purpose.

Much like the show, the characters are also moving with serious energy and purpose. While Game Of Thrones is bumping up against time constraints, the characters are fighting to keep up with an army that doesn’t need to eat or sleep. The Night King’s forces are constrained to move at walking speed, but aside from last week’s distraction, they seem to be moving steadily south. In the relative warmth of King’s Landing, seven season’s worth of warring factions are trying to find common ground, while in Eastwatch-by-the-Sea, the dead are only growing stronger with every squabble and scrap.

Time is not on the side of David Benioff and D.B. Weiss, but the show is making great use of expanded episodes. The Dragon And The Wolf is nearly an hour and a half of screen time, and it packs so much into that running time that it feels like a blur of familiar faces, tense show-downs, and some brilliant acting. The whole season has been a cavalry charge towards the series finale, but while the show is picking up the pace, it seems like no sub-plot is being neglected in its attempt to square things away.

One of the reasons why Game Of Thrones can move so quickly is that viewers know everyone featured fairly well. Even Euron, the newest character on the show, is a known property due to some flashy behaviour this season. We know what he’s here for, and we have a vague idea of what he’s about. This episode reaches back into the show’s very first season to remind us of just how much fun we used to have with Bronn and Tyrion palling around the brothels of Westeros, or to reunite Tyrion and Cersei for another incredibly tense, dangerous conversation. All of these parties hate one another, have been at war with one another, and have schemed to kill one another, and none of it will matter when the Night’s King marches south with a hundred thousand dead men, giants, and a dragon at his back.

Every character seems to have history with every other character, once Euron stomps off after seeing just how dangerous a zombie can be. Brienne and Jaime Lannister have a brief reunion. Tyrion, Pod, and Bronn come back together for a reminder of the old times. Daenerys and Cersei have their first face-to-face meeting. The Hound gets to talk to Brienne about how she nearly killed him and how Arya is still alive and more than capable of taking care of herself. Tyrion, unsurprisingly, makes the point of the night: all they have between one another is death and suffering and loss, and if they wanted more of the same, they wouldn’t be holding a meeting to try and turn their collective attention towards the real threat to the Seven Kingdoms.

There might be a bigger threat to the north, but it’s clear from the very beginning of this episode that none of these people really trust one another. Daenerys shows up with force. The Unsullied and Dothraki march right to the walls of King’s Landing. Cersei has her battlements manned and prepared, right down to having boiling oil and pitch ready to dump on the screamers and eunuchs. The harbour bristles with Greyjoy sails and ships, a massive fleet the type of which hasn’t been seen in Westeros in decades. Daenerys even keeps Cersei and Jon waiting while she makes a grand entrance on the back of one of her two dragons. It’s posturing. Cersei, being the most astute politician of the bunch, has to prove that she’s the biggest, baddest, and most dangerous of the bunch, and that’s where Lena Headey’s acting brilliance shines through in almost every scene.

Throughout this episode, when Cersei is on screen, Lena Headey is in complete control. There are very subtle cracks in her armour. For example, Cersei doesn’t even flinch when the zombie comes charging out of the box at her courtesy of The Hound, but the fear on her face is real behind her mask. When Cersei has her conversation with Tyrion, Lena Headey and Peter Dinklage do a great job of going back at one another, with Cersei’s pain being hidden beneath her layer of anger and Tyrion’s anger hidden beneath a layer of pain. Tyrion’s apologies might be genuine, and Cersei might be willing to kill her brother, but he’s still a member of her family, and she still holds her Mountain at bay. Jaime threatens to leave with her army and ride north to fulfill the promise she made to Daenerys and Jon (a promise that was a lie), and while there’s a moment where it seems like Jaime Lannister is going to be killed before he can fully redeem himself, her hand stays then, too. There’s pain on her face, and anger, and Lena Headey has her finest moment of the season in these backroom bargaining sessions.

In many ways, The Dragon And The Wolf is a throwback to the show’s earlier seasons. Mostly, it’s characters talking to one another. David Benioff and D.B. Weiss have a deep bench of interesting characters to bounce off one another, and they maintain an encyclopedic knowledge of character histories, so that when Bran starts reciting moments from the first season or Bronn references Pod’s impressive, err, Pod, it’s a fun moment for the fans that doesn’t involve #boatsex or special effects. It’s character comedy, at its essence, and it lends the show’s slower, heavier moments more weight. A lot of these people are friends with one another, and due to life’s machinations, they’re going to be standing on opposite sides of a battlefield from one another eventually.

While Cersei’s machinations feel more organic, the Stark sisters coming together to recognise the threat in their midst doesn’t work quite as well. Yes, it’s fun to see Littlefinger squirming beneath the glare of Sansa Stark, and Aidan Gillen is great as Baelish’s smooth facade turns to outright begging—it’s a credit to him that even when he’s begging, Baelish feels like he’s working an angle rather than legitimately afraid for his life—but it still makes the awkwardness between Sansa and Arya in the previous episode seem like drama for the sake of drama. Similarly, the big reveal of Jon’s true parentage, which is known by everyone who watches the show but not by the show’s characters, seems slightly unnecessarily heavy-handed when inter-cut with scenes of romance between the King in the North and the Mother of Dragons.

Granted, it’s only a small part of the episode, and Jeremy Podeswa doesn’t linger in Winterfell or on the boat for too long, because there’s still a giant ice dragon out there to contend with, and the Wall won’t stop a flying cat that breathes blue fire. The human beings seem to be aligning, aside from Cersei and Euron. But the threat that they face is bigger and more dangerous than even those who have been north of the Wall realise. Weirdly, only Cersei seems to know just how bad things are for Daenerys and her nephew, and she’s still bound and determined to stab her living allies in the back all the same.

She’ll learn her lesson next season. Wickedness can’t go unpunished, even in Westeros, there’s no way Tyrion actually believes his sister’s sudden change of heart, and Jaime needs his heroic redemption arc. Just making eyes at Brienne from across a ruined dragon arena won’t be enough.

Read Ron’s review of the previous episode, Beyond The Wall, here.

US Correspondent Ron Hogan really hopes that the friction between the Stark girls is a show for Littlefinger’s benefit, and not real friction between them. Then again, Sansa’s still trying to rule and Arya has been too busy training to kill to grow emotionally. Find more by Ron daily at PopFi.